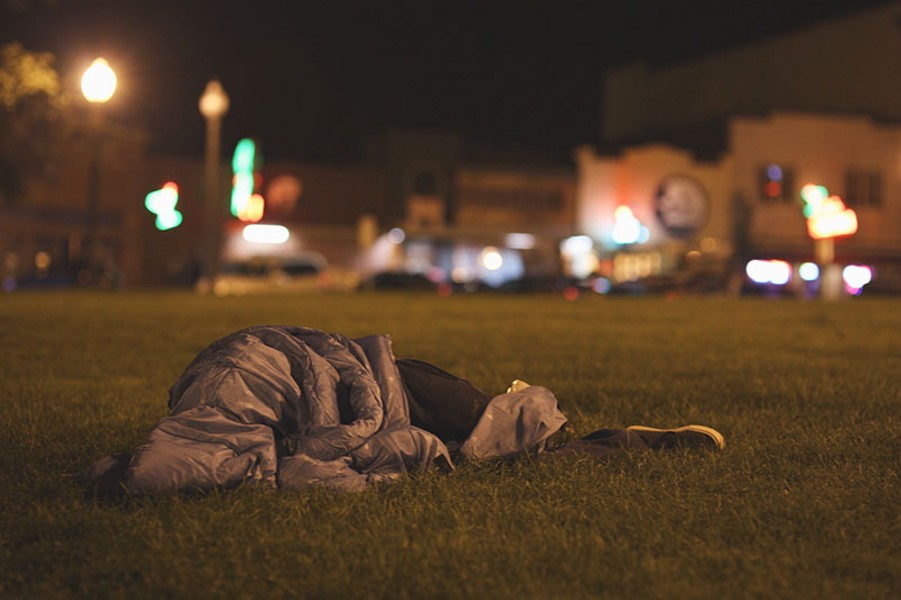 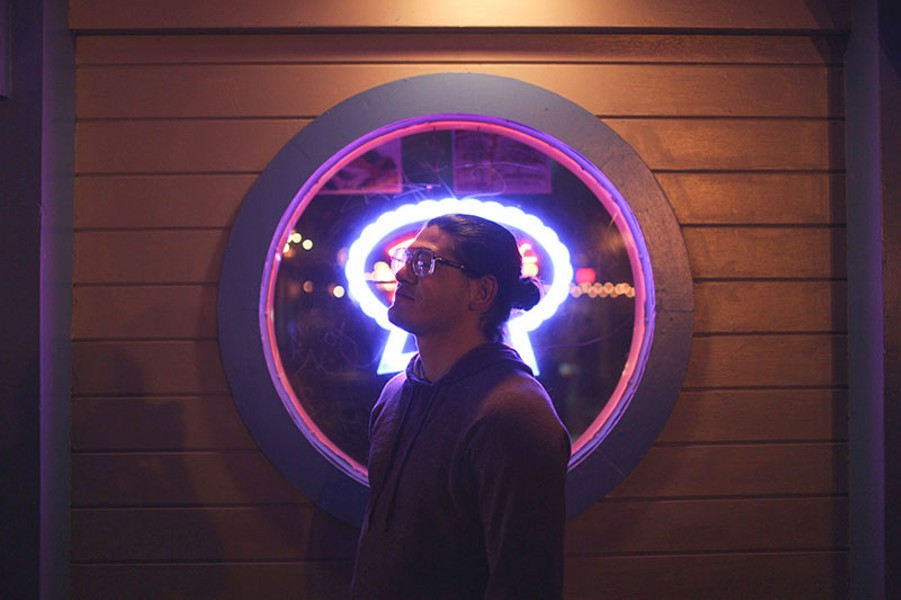 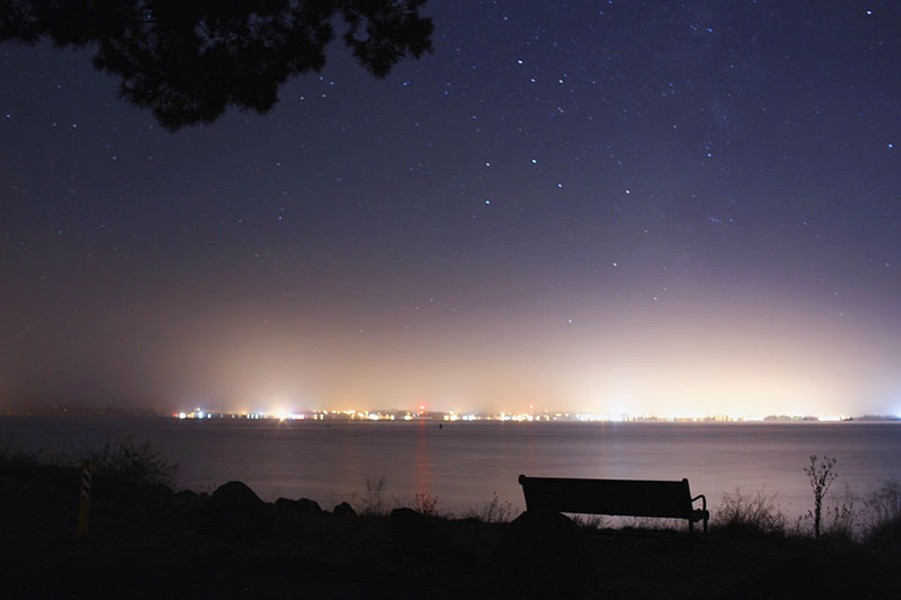 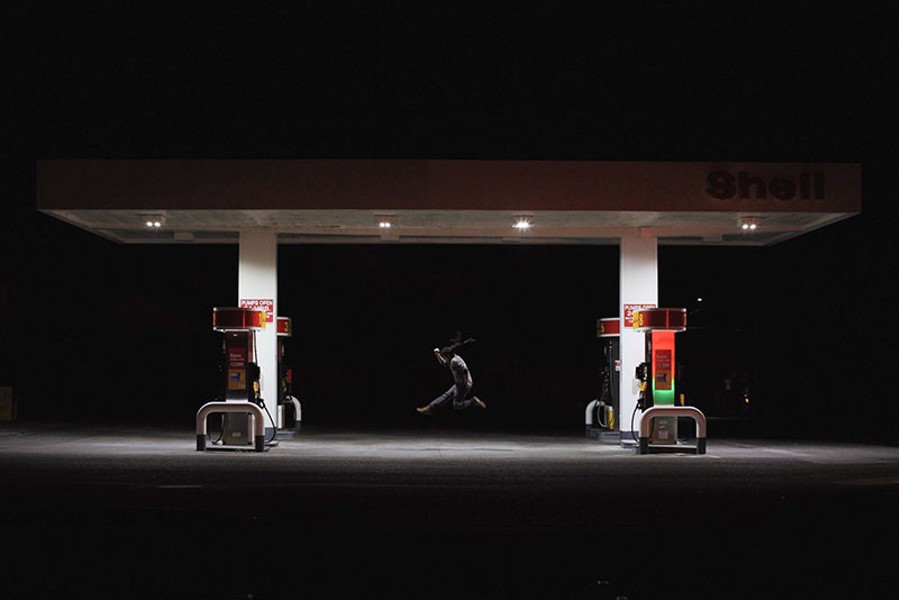 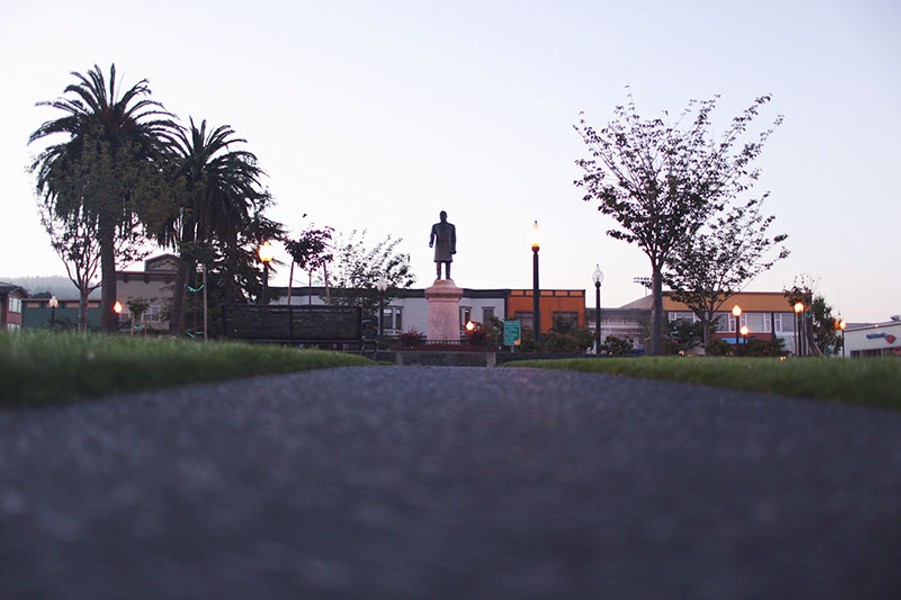 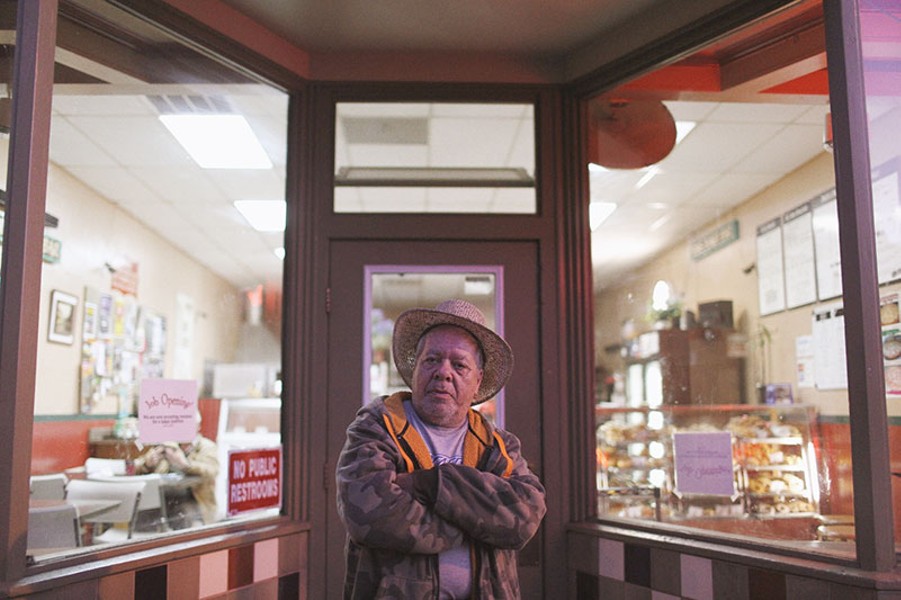 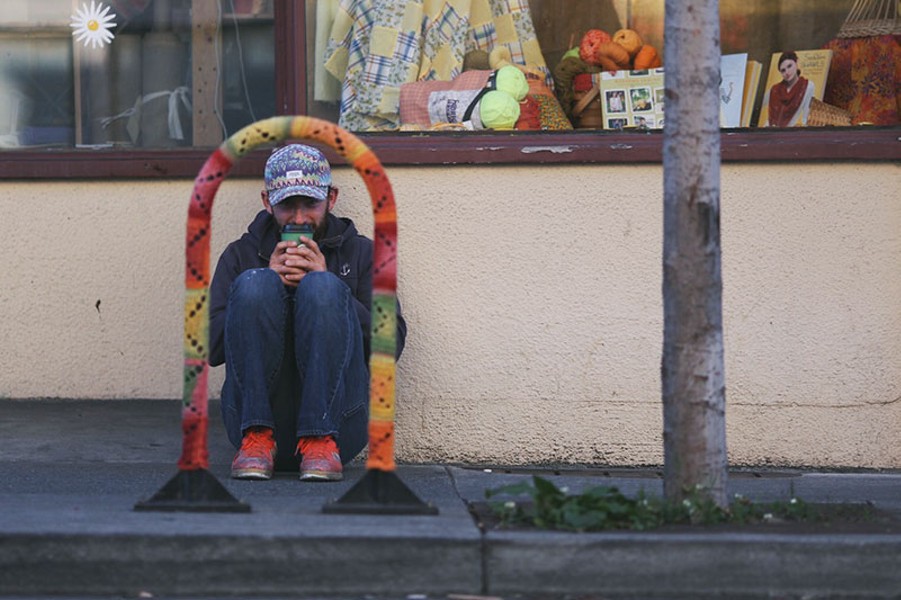 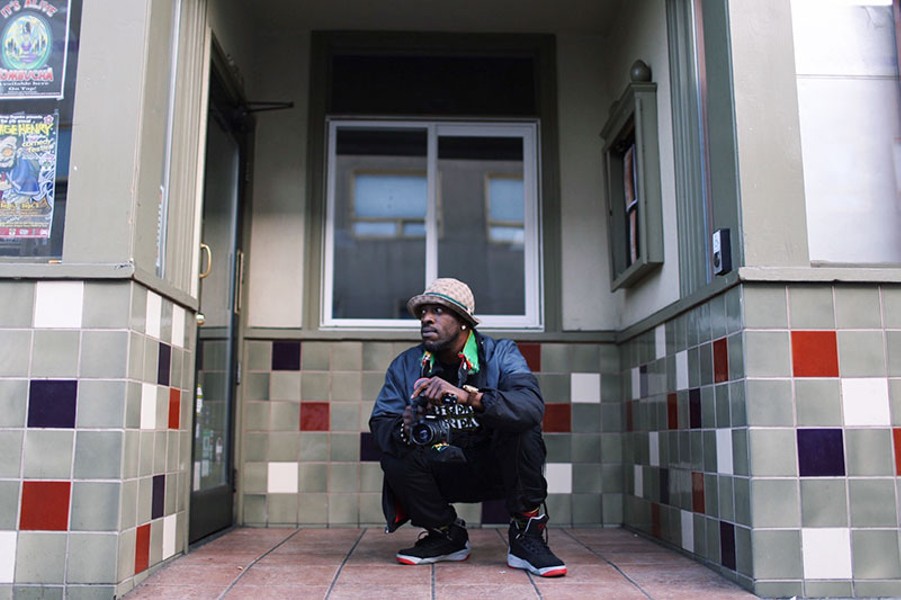 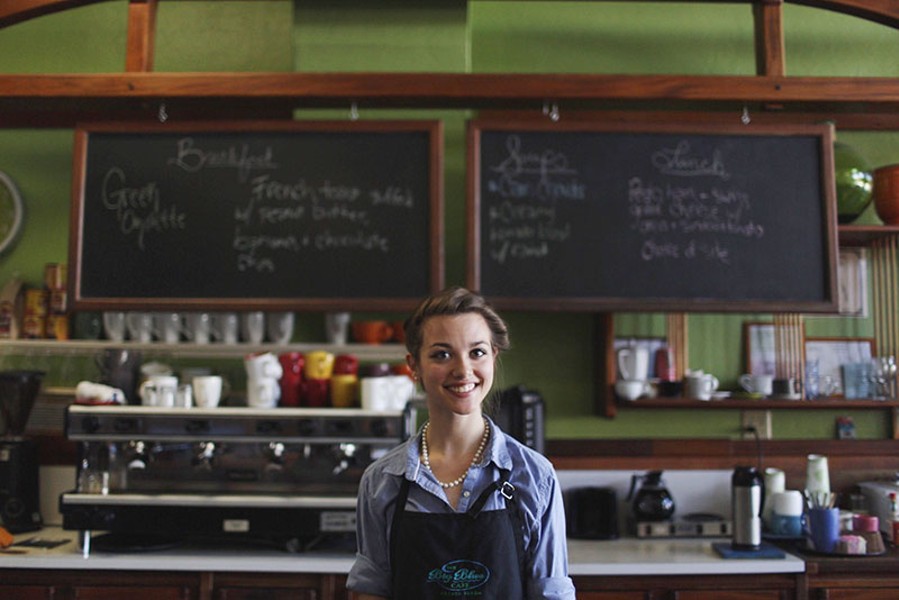 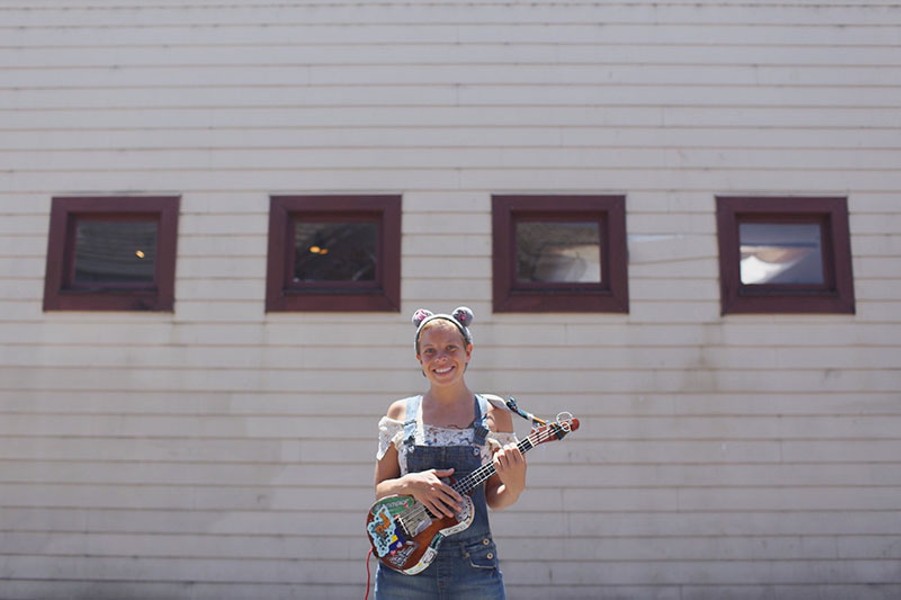 Photo by Leon Villagomez Honey Spoons || 1:30pm || If you see this girl around town please ask her if she can sing for you, she is awesome! #Arcata #Humboldt #California #HoneySpoons #Singer #GeometryIsEverywhere 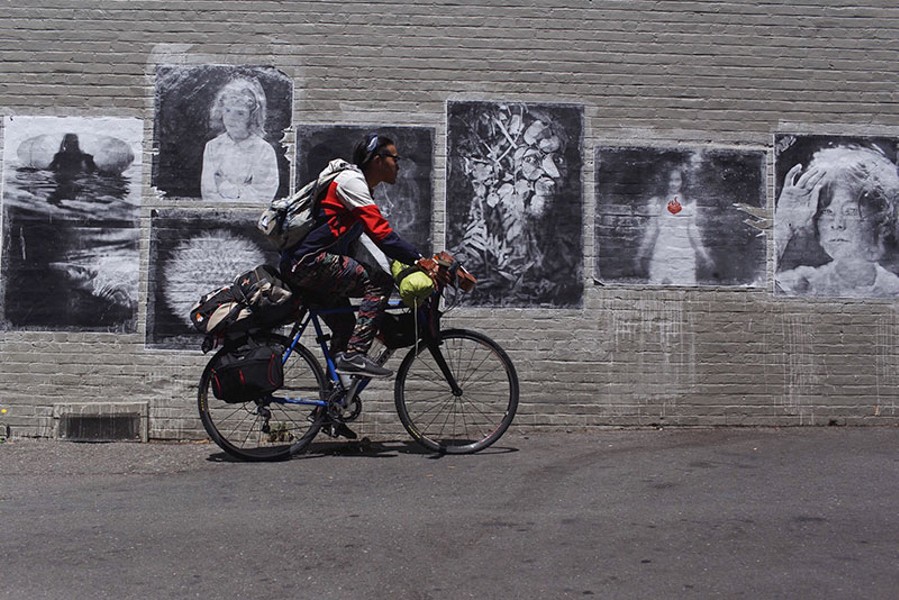 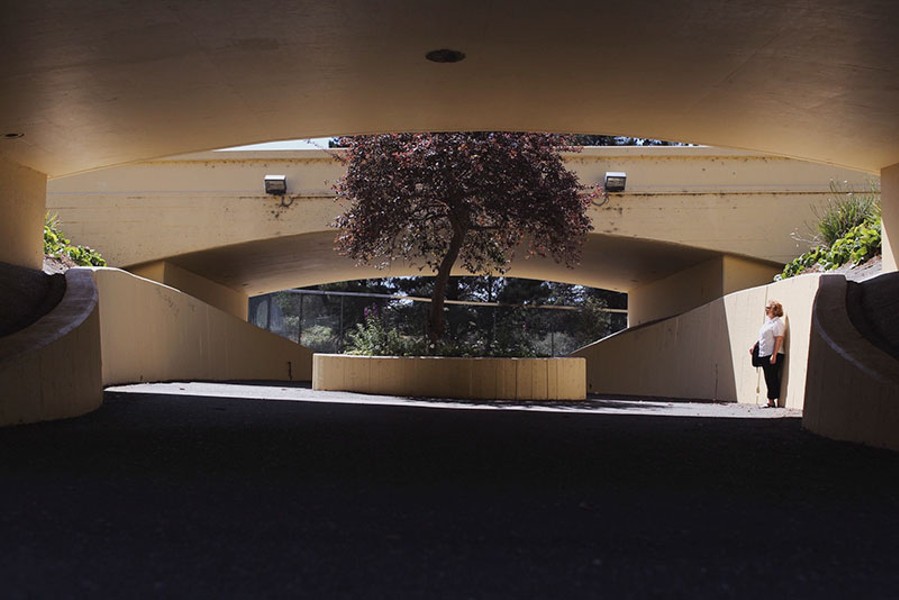 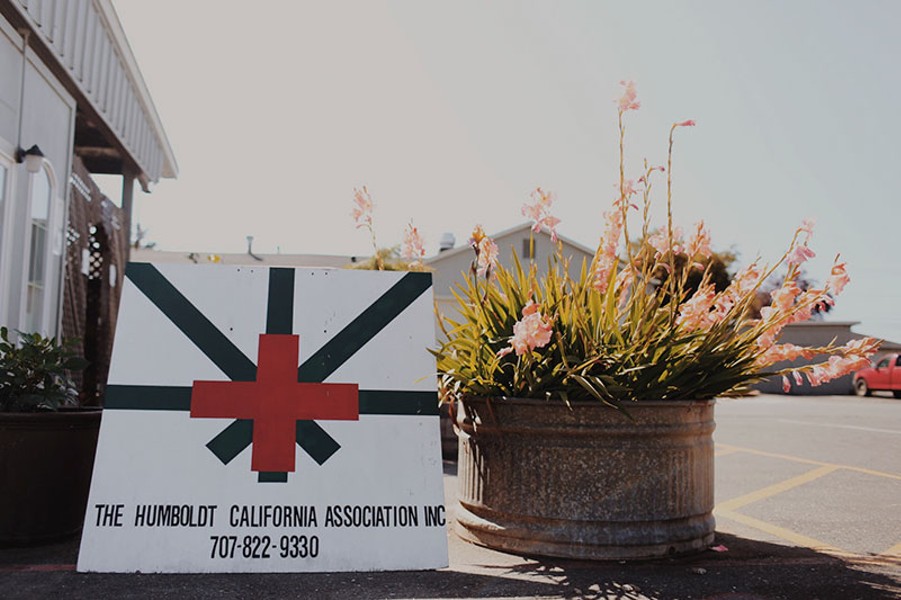 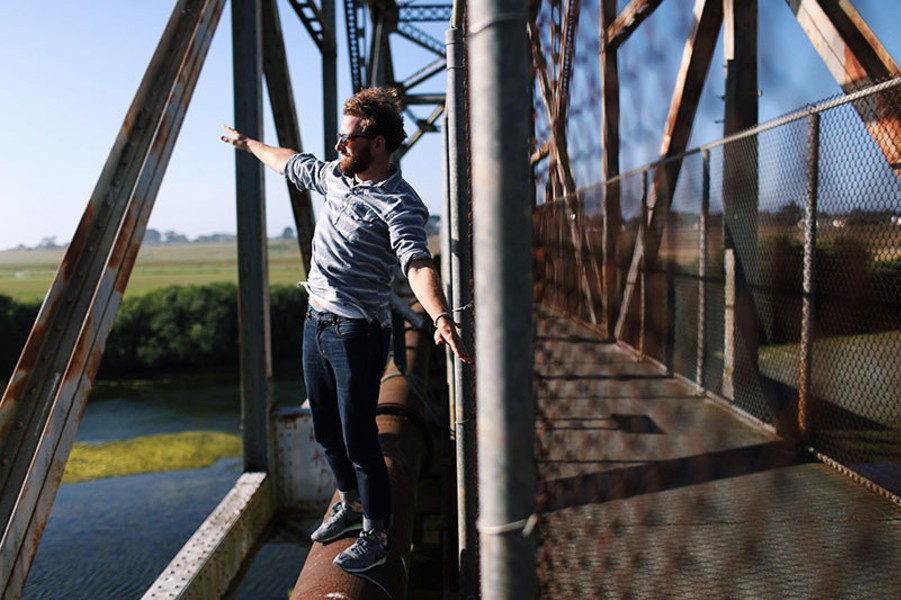 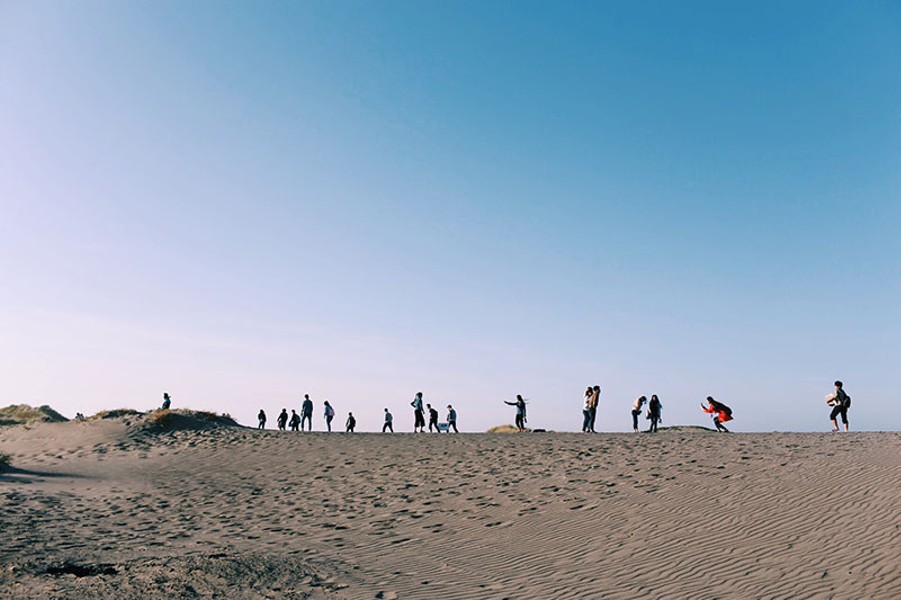 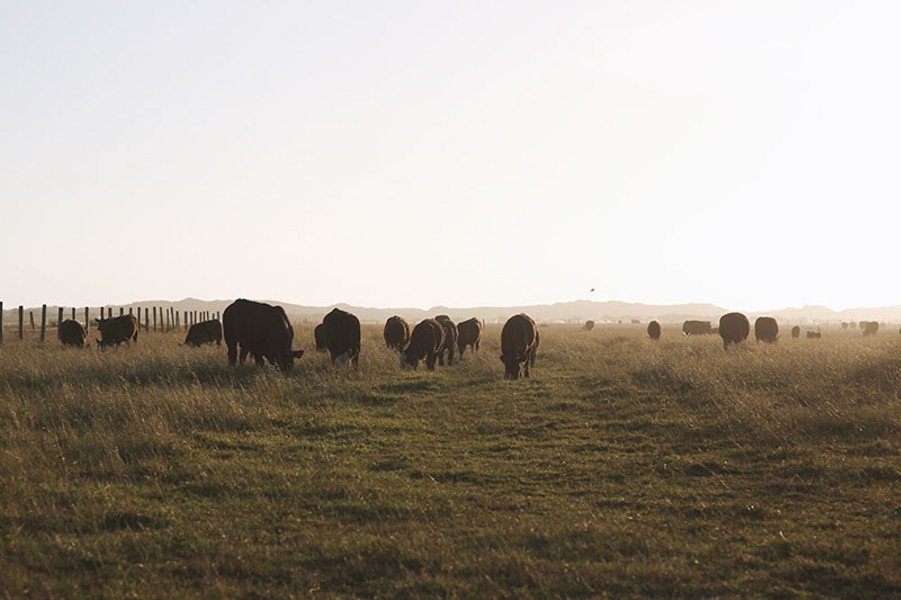 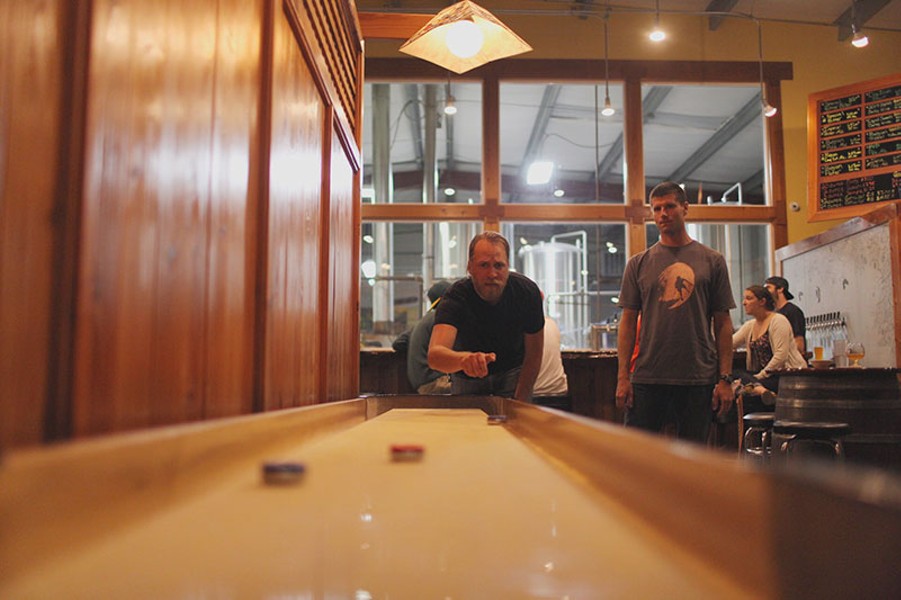 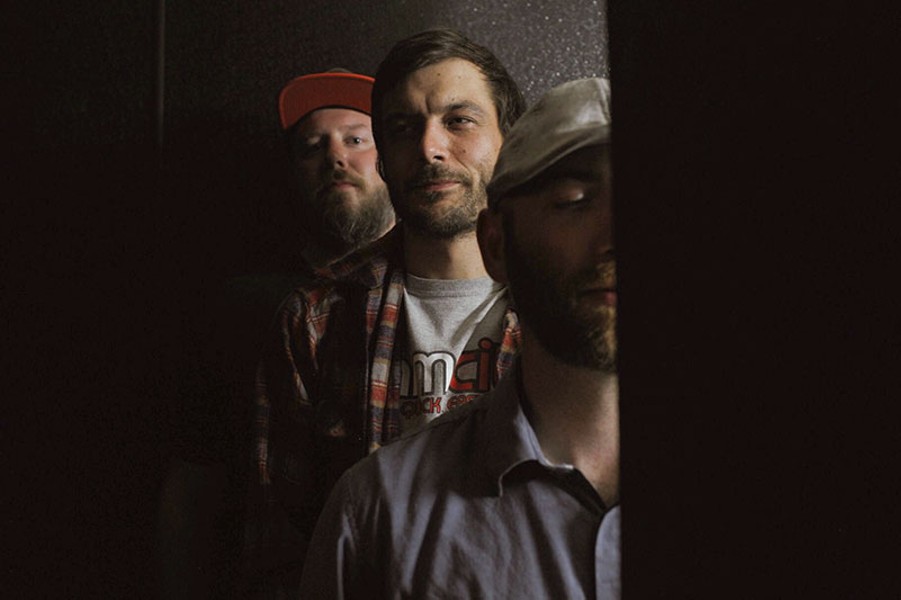 It began with an all-nighter about 10 weeks ago. Local photographer Leon Villagomez sat in front of a computer monitor in his Arcata home, processing photos as the sounds of the night trickled in: the crack of a bat and cheers from the ballpark; a police siren; bits of animated conversation; hoots from plaza revelers. The following morning, Villagomez's wife, Anna, went into labor and soon gave birth to their first child, Banyan.

Sitting in an Arcata restaurant last week, dressed in a button-up plaid shirt with his long dreadlocks neatly tied back, Villagomez said that experience left him fixated on two things: how the energy of a space can change dramatically depending on the time of day and just how much can happen in a 24-hour period. Those ideas spawned an ambitious project in which Villagomez set out on July 16 to spend 24 straight hours photographing Arcata, uploading his images in real time to Instagram using the hashtag #Arcata24hr, allowing people to follow his experience as it progressed.

As a whole, Villagomez's images are endearing, heart wrenching, nostalgic and beautiful. They are also quintessentially Arcata.

"As a personal and professional experience, it was really rich," Villagomez said. Describing his style as inherently minimalistic and geometrically driven, Villagomez said he walked around town looking for settings that appealed to him. Then he'd frame a shot and wait for someone to occupy the space to give the photo life. "Something's going to happen. It might be soon, it might not be for a long time, but something's going to happen. I had to be patient."

Primarily a wedding photographer by trade, Villagomez, 33, arrived in Humboldt almost by accident about four and a half years ago. Born and raised in Guadalajara, Mexico, he'd studied finance in college as the first in his family to get a post-secondary education, with dreams of becoming a stockbroker. He went on to get a master's in administration and, by the age of 23, was working as the dean of administration at a small public university a couple hours outside of Guadalajara. He was clean-cut then, he said, laughing.

But there was part of the buttoned-up persona that never quite fit with the adventure-loving Villagomez, who beamed as he talked about backpacking trips in Europe, during which one of his favorite things was to show up at the local station and catch the first train of the day, regardless of where it was headed. "I think that's the thing: Just jump," he said, his grin stretching his thin, stubbly beard. "Whatever happens, it will be exciting and life should be exciting."

Villagomez's life began to change in the summer of 2010 when some of his best friends formed a band that practiced in an old abandoned movie theater and he bought a new camera. He'd always liked photography, but just in a guy-with-the-point-and-shoot way. It had never been a real passion. But Villagomez said he started documenting the band and it began to consume him. He'd be standing in front of the mirror in the morning tying his tie and getting ready for work, thinking about the photos he'd be taking of his friends that night. Sitting at his desk at work, he started clock-watching obsessively.

One day, the band booked a professional photographer to shoot its album cover. The guy never showed up and Villagomez filled in. "I think in that moment, I knew I just wanted to do photography," he said. "I knew this is what I want to do."

The following year, Villagomez married Anna, who he'd met on a trip to San Francisco, and the newlyweds were honeymooning in the Mayan Riviera when Anna got a message saying she'd gotten a job at Humboldt State University as a transfer and graduation counselor. "I was like, where's Humboldt?" Villagomez recalled, laughing and adding that the moment they decided to move to Humboldt was the moment he decided to make photography his profession.

A handful of years later, Villagomez has a bustling business and even teaches some workshops on the side. "Things — they just went right," he said, adding that he's also fallen in love with Arcata. That love only grew on July 16.

Reflecting on the experience of roaming town, camera in hand, for 24 hours, Villagomez said he learned a lot. He learned that Arcata has way more homeless people living in it than he thought, like the couple he found sleeping under a children's play structure in a park. He learned the town has layers of beauty that are only brought out at certain times, like the golden rays peeking through the redwoods in the community forest at dusk or the glow of distant city lights peeking through the pre-dawn shadows of the Arcata marsh. As people reacted to his work in real time, tweeting him and stopping him on the street, he also learned that this community he was documenting was his. "I feel like I belong to Humboldt now," he said. That feeling is the very thing he hopes this project will pull out of those who view it. "If you can make someone feel something with your photo — it doesn't matter what it is — then you've got it."