Are Days Getting Longer? 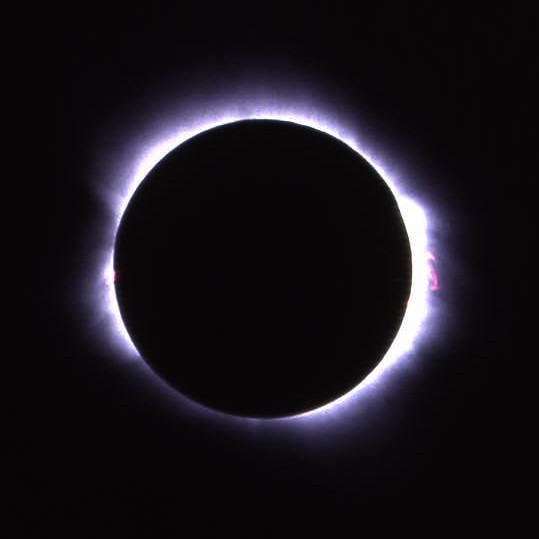 Or am I getting older? No, really, they are getting longer. In a nutshell, the energy to run our tides has to come from somewhere -- no magic perpetual motion machine! -- and that somewhere is the Earth's angular momentum, or spin. The moon generates tides gravitationally by pulling most strongly on the side of Earth facing it, causing the planet (especially the malleable oceans) to bulge. Since our planet rotates faster (once every 24 hours) than the moon's 29.5-day "synodic" orbit, the tidal bulge travels ahead of the moon, tugging the moon forward. The net result is that Earth imparts energy to the moon, speeding the moon up in its orbit (so it moves away from us) and slowing down Earth's spin. The change isn't a lot, but it adds up. Each century, tides generated by the moon (and to a lesser extent the sun) add about 1.7 milliseconds to the length of a day, while the moon moves about 13 feet away from us. At least three pieces of evidence confirm this:

Coral clocks: Corals go through daily and seasonal growing cycles creating bands (like growth rings in trees) which record the number of days in a year. Around 350 million years ago, according to this "clock," a year was 385 days long, and a day lasted about 23 hours. Additionally, in southern Australia, tidal "rhythmites" -- specks of minerals deposited daily in sandstone -- imply a 400-day year about 620 million years ago.

Lasers beamed at the moon: In the late 1960s and early 1970s, U.S. astronauts and unmanned Russian probes placed laser reflectors on the moon's surface. Changes in the round-trip time of a laser beam confirm that 13 feet yearly recession.

Ancient eclipse records: Early records of solar eclipses confirm that days are getting longer. An article by Richard Stephenson in the October 1982 Scientific American lists 28 historical solar eclipse records, mostly Chinese, including one dating back to 709 BCE. By averaging them out, Stephenson was able to show that days have been getting longer by about 1.78 ± 0.11 milliseconds per century over the past three millennia. (Stephenson is just the man for the job: he's an emeritus professor in both the physics department and the East Asian studies department at Durham University, in the United Kingdom.)

Extrapolating backwards, immediately after the moon was formed about 4.5 billion years ago, it was probably just four Earth radii away from us (compared with 15 times that now), and the Earth day was six hours long. Looking ahead, the moon will keep receding as Earth's spin continues to slow down. Eventually Earth will become tidally locked, meaning that only one hemisphere of our planet will see the moon. (The moon is already tidally locked, so only one hemisphere of the moon sees the Earth.) At that time, a day on Earth might last 1,000 hours or more.

Nothing to get too excited about just yet. It won't happen for another 50 billion years.