Are We the World? 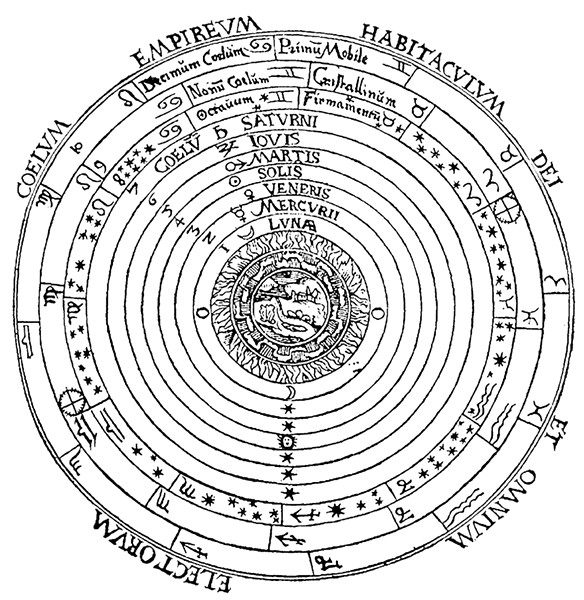 According to Roman writer Ovid, the hunter Narcissus was handsome as all get-out, causing the mountain nymph Echo to fall in love with him. When he rejected her advances (the fool!), she pined away until all that was left was a faint sound — hence our word "echo." This led to Aphrodite, goddess of revenge, to punish him by luring him to a pool of water, where he fell in love with his own reflection. Unable to consummate this love, his passion led to his demise, turning him into a white and gold flower, the narcissus.

Many writers, past and present, have glommed onto this sad story of what we now call "narcissism" as a way of explaining humankind's naive way of seeing our species as super-important: from geocentrism, in which everything revolves around the earth; to religions, in which God or the gods are obsessed by our every move (perhaps having first created us in their image); to consciousness, which, according to some, is the fundamental stuff of reality. (As far as we know, consciousness is a phenomenon experienced by one out of millions of species, on one out of billions of planets. Hardly the stuff of universal truisms.)

I was born a narcissist. I am the epicenter of reality. Fortunately for my hubris, at some point in my childhood I realized that this was true of everyone; we all seem to be in the middle of everything. Similarly with our conception of Earth's place in the cosmos. Yet the inhabitants of any planet would think themselves to be at the center of their solar system. Somehow that obvious fact escaped ancient and medieval inquirers who instead accepted the Ptolemaic geocentric view, i.e. Earth is at the center and the planets, sun and other stars revolve around us. It took the combined efforts of several brave observers and theorists — including Copernicus, Kepler and Galileo — to displace Earth from this exalted cosmic throne.

So much for geocentrism. Recently, science writer John Horgan coined the term "neo-geocentrism" in describing the wacky view that consciousness is central to, well, everything, pervading the entire universe — perhaps even responsible for life itself. ("The origin of life forms is the differentiation of pure consciousness into multiple forms of life," writes New Ager Deepak Chopra.) Some well-known scientists have jumped on the "consciousness-is-fundamental" bandwagon, including psychologist Donald Hoffman, neuroscientist Christof Koch and physicist Max Tegmark. Their views echo those of old-time panpsychists who believed everything was conscious.

Beyond consciousness, another example of neo-geocentrism is the anthropic principle, the notion that the universe must be as it appears to us, otherwise we wouldn't be here to observe it: Change, just a tad, one of the fundamental physical constants — the ratio of the electromagnetic force to the gravitational force, for example — and you wouldn't have a universe with stars, planets and observers. Stephen Hawking and Brian Greene signed on to this "it's all about us" point of view. If that's not spooky enough for you, how about late physicist John Wheeler's "participatory universe," which asks whether the universe even exists if there's no one to observe it.

I'm with Horgan. Such narcissistic approaches to understanding the universe are anthropocentric reversions to ancient superstitions, in his words, "the projection of our fears and desires, our yearning to matter." Isn't it wonder enough that our 3-pound brains can conceive of a 14-billion-year-old universe, rather than trying to make us — and our consciousness — essential to its very existence? Time to get over ourselves.

Barry Evans (barryevans9@yahoo.com) thought he was the center of everything. Then he got married.