Atlas of Oceans: An Ecological Survey of Underwater Life 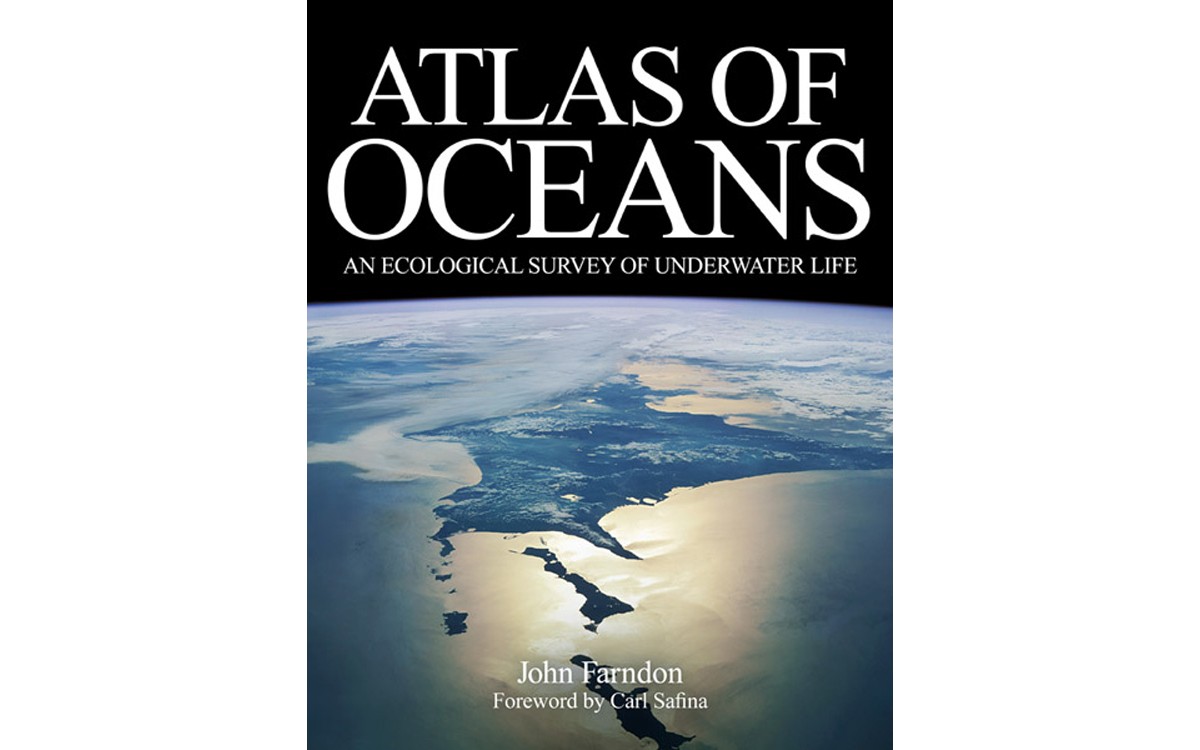 We live by the Pacific but, like just about everybody else, we live on land. Beyond the shores, for most of us, the oceans are a practical mystery. This book is timely for two reasons: Knowledge of the oceans -- especially below the surface -- has grown considerably in recent years. And because, amidst our complacent ignorance, human impact on the oceans is actually threatening them. Which means -- we are also learning -- one more major threat to humanity.

The latest knowledge, emphasizing ecological issues, is prominent in this book. But it is also an atlas and contains absorbing history and descriptions of oceanic environments, from the beaches to the depths of different oceans around the world.

Otherwise it has the familiar look of an atlas, with lots of photos (good color, especially for the remarkably colorful creatures of the deep) as well as maps and charts. I find the layout pleasing and easy to navigate. It's a nice size -- big enough to do justice to the pictures and allow for this layout, but not so thick that you can't carry it around.

But its most important virtue is the writing: clear, succinct and absorbing. It has something rare in a reference book: a voice. John Farndon tells a good story, he doesn't mince words in his conclusions, and he's not afraid to be funny.

There are some problems. A section midway through the book titled "Dead Zones" is actually about "the dark zone" -- two quite different things. The dark zone is the very deepest ocean where amazing discoveries of previously unknown life forms have been recently made. There is a correctly titled section earlier in the book about Dead Zones -- huge regions without enough oxygen to support ocean life, poisoned by fossil fuels and fertilizer runoff.

Some people (like me) may get Dead Zones confused with two other huge areas of the Pacific Ocean choked with human-created garbage, each the size of the continental U.S. These are called the Garbage Patches, but the section about them in this atlas is titled Plastic Soup. There isn't even an index entry for "garbage." So at least in these instances, the book could be more useful and functional.

Given also the immense destructiveness of industrial fishing and the multiple oceanic threats of the Climate Crisis, there's as much horror as wonder in this book. But with good writing and photos, this book repays the time (and angst) involved. Information on separate topics is valuable and fascinating, but even more important and impressive is this comprehensive view of the great waters, three-quarters of our planet, and three-quarters of ourselves.