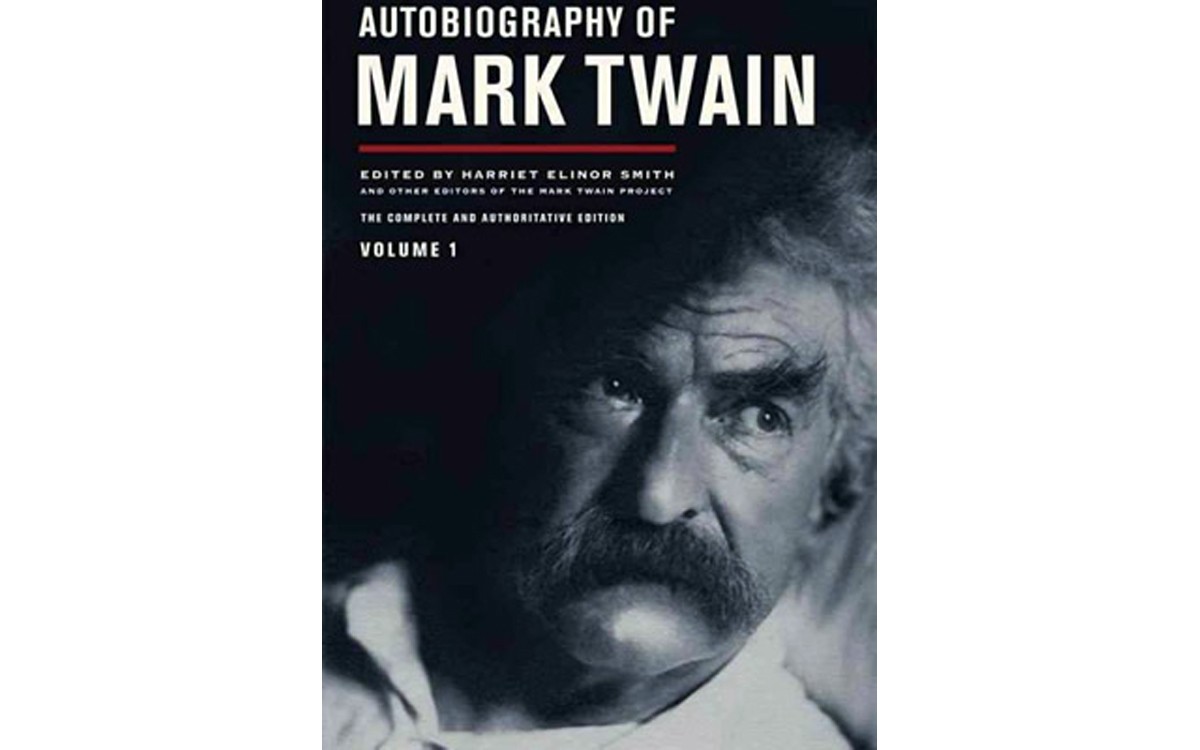 The figure of Mark Twain still looms large in the national consciousness, though there's still a danger of him becoming merely an avuncular caricature, a harmless grandpa figure full of cracker-barrel wisdom. The first volume of three of his autobiography has just been released, and it reveals aspects of his personality heretofore hidden.

Twain made several false starts at telling his life story, then decided to dictate the manuscript through free association. This results in a startlingly modern approach, especially when he analyzes his own writing. This non-linear method of composition provides for a looser, more vital natural flow, but it also leads him to occasionally merely skate on the surface of events, pursue dead-end digressions and indulge in repetitions. It remains fascinating despite its uneven quality.

Because he'd already mined so much of his life story in his earlier books, here he tends to use contemporaneous events as springboards, including pasted-in news stories and witty anecdotes about friends and acquaintances (Ulysses Grant, Lewis Carroll and Helen Keller are among those who make brief appearances). There are many stories about his wife Olivia and their children, especially his daughter Susy, who was an aspiring writer herself, and as a child wrote a biography of her father that Twain excerpts throughout the book. His painful reckoning with her untimely death makes for the most emotionally wrenching passages in the book.

He's not above a bit of score settling and some of the angriest excoriations are aimed at those who have personally done him wrong. Of James W. Paige, who bilked Twain out of hundreds of thousands of dollars for a typesetting machine that never materialized: "If I had his nuts in a steel trap I would shut out all human succor and watch that trap till he died."

On a grander scale, Twain is also scathing about the excesses of American imperialism and voices opinions that would clearly be untenable for anyone to express today. He calls American troops slaughtering the Moros in the Philippines "uniformed assassins" and "Christian butchers" who dishonored the flag. He performs his own brand of media criticism by deconstructing the kind of phony newspaper coverage that transforms a brutal massacre into a patriotic victory. It's a point of view expressed in some of his other late essays, though rarely with the virulence seen here.

Twain's original manuscript is sandwiched between a very long introduction that traces in detail the problematic history of his writing of the book, with aborted fragments printed in full, and copious explanatory historical notes at the end. One wonders what mockery Twain himself might have made of the way that his irreverent autobiography is now encased in an academic cocoon.