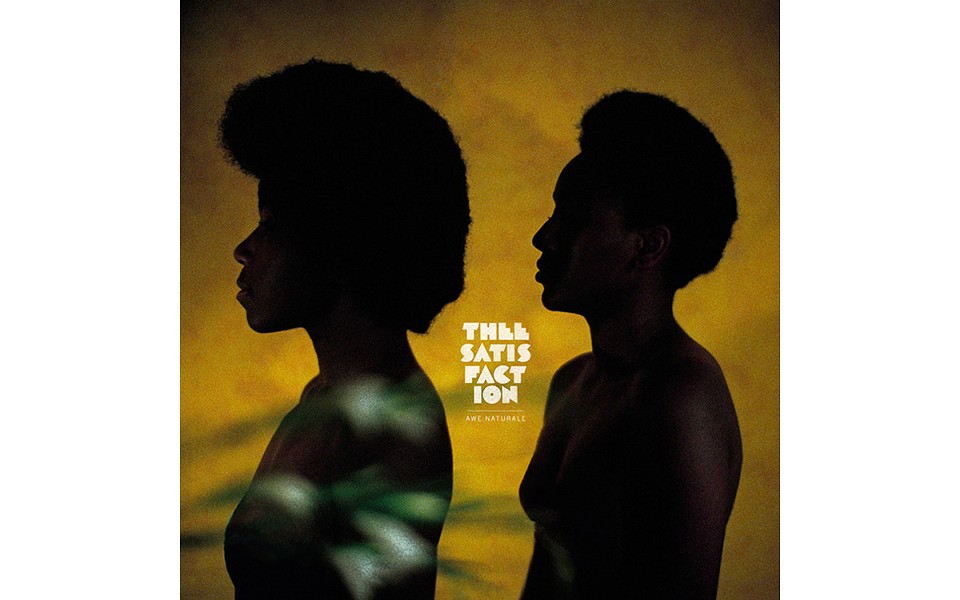 Hip hop duo THEESatisfaction was formed by Stasia Irons and Catherine Harris-White while they were undergraduates in Seattle bonding over mutual musical interests: old school hip hop, jazz and neo soul (Bilal and Jill Scott for example). They soon began to collaborate on mixtapes, employing singing and rapping, while honing the music bed in post-hip hop arrangements (sometimes referred to as "alt. hip hop") brim full of inventive, bizarre instrumentation, looping and use of home electronics. The duo arranged these components in deconstructionist collages, similar to the eccentric soundscapes of contemporaries like Odd Future, Spoek Mathambo and Shabazz Palaces.

"Oh, you know you like that sound," declares THEESatisfaction, over congas and a snug bass line that hints at Curtis Mayfield's "Superfly." The duo swiftly deconstructs Mayfield's subject by using the point-of-view of a female character, one often seen hanging off the arm of a hero in a ‘70s Black exploitation film. Behind a cadence of handclaps, they chant, "Oh, I am the bitch on the side. Here I go again, I'm always finding the time when I want to please you ... why would I even give a fuck, a fuck about how the world trails off?"

THEESatisfaction's themes do not only revolve around racial and feminist dynamics, they spin around sexual ones as well. "Growing up, we were both queer black women," said Irons, in a recent interview with the British online magazine, The Quietus. "It was kind of difficult to go through high school having all those attributes -- being weird, being called 'weirdoes' and 'queerdoes' and all kinds of things. It's something we embrace." They cleverly sample Earth, Wind & Fire's 1980 "Turn It Into Something Good," for "Sweat," a tale of repressed sexuality on the verge of exploding, with its narrator having to "cut off my senses behind this crazy burlap vest -- anticipation of a bite from the apple of ‘yes.'"

The awE natrualE album is constructed like an elaborate mixtape with songs rarely over three minutes in length -- sometimes with abrupt shifts in beats or the start of songs that seem to be missing their initial introductions. Yet THEESatisfaction weaves a unifying thread throughout this impressive debut, delivering a unique continuum, creating an intense hip hop collage, one that also embeds intelligent poetic phrasing, deep funk and sensual grooves. That ain't "weird," it's simply good, very good.