Wick and Grey suit up again 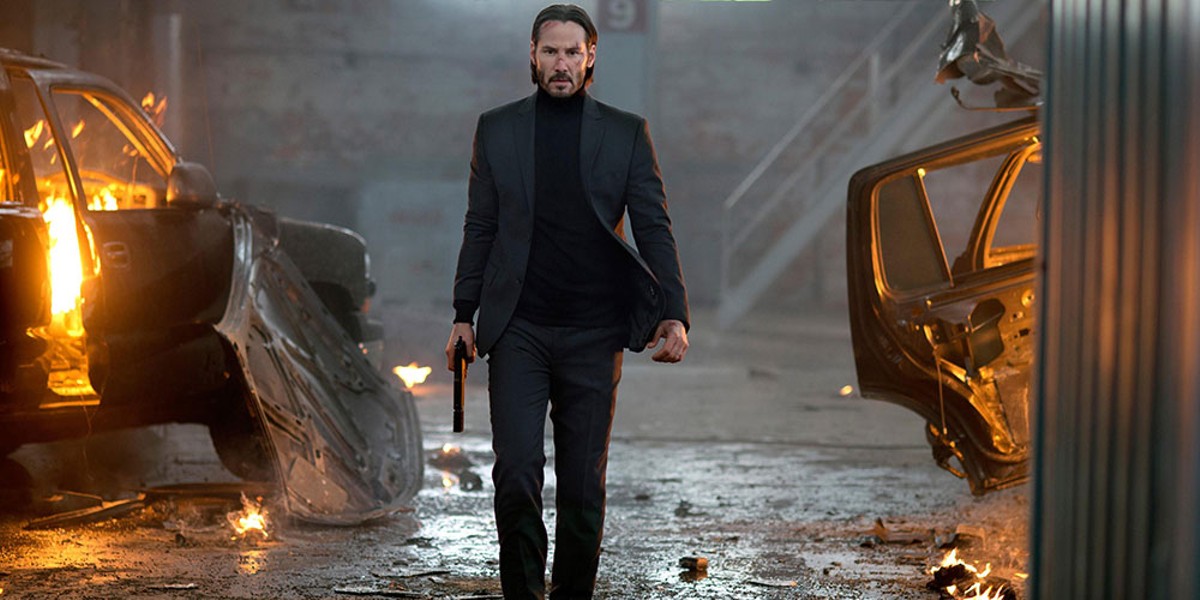 Dress for the job you want. 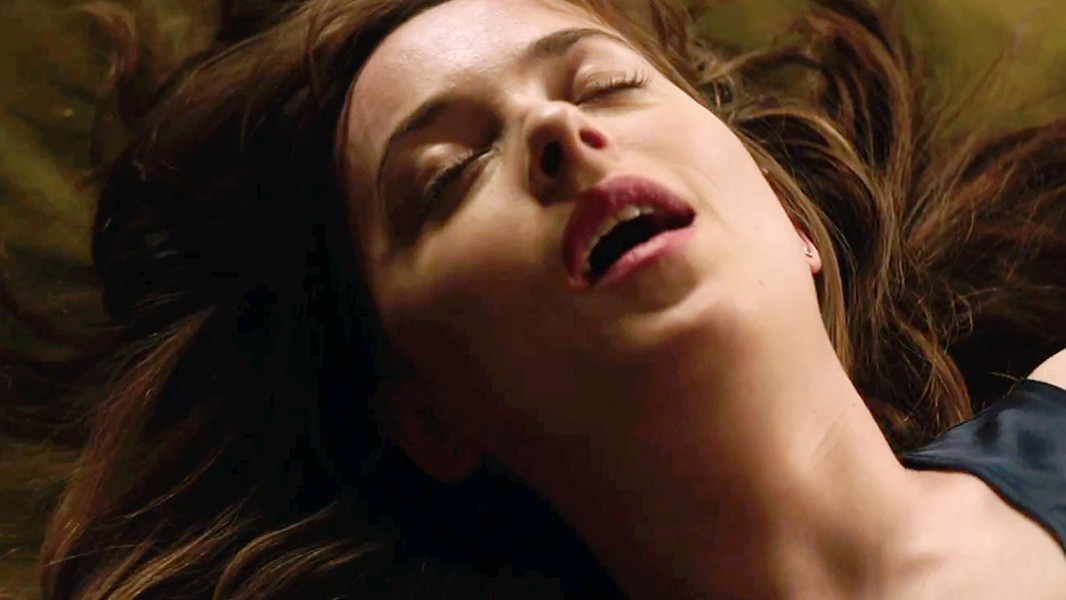 When you finally take your bra off at the end of the day.

JOHN WICK CHAPTER 2. Sequels, by their very nature, tend to place the audience at an impasse of anticipation and expectation. We want more of the same, provided we enjoyed the first installment. But we are bound to be disappointed — besides the more ardent, perhaps less analytical fan-girls and boys among us — if unto us something new is not delivered. We crave the newness and unique discovery of that titillating thing, again: revelation repeated without redundancy. This is a formidable task but we as a species tend to specialize in creating and maintaining unreasonable expectations. Some see it as a matter of evolution and upholding of the social contract to, gradually and over time, ameliorate that tendency and ease the burden, both on ourselves and those around us. This is life's work stuff, though, and very few of us can be expected to succeed in it. Particularly when it comes down to movies we like.

John Wick (2014) arrived as a pleasant, unexpected surprise. An unassuming hit man-out-of-retirement story, elevated by style, fight choreography and Keanu Reeves' brooding humor and pathos, it kind of changed the landscape for shoot-'em-ups. The combat sequences, designed and executed with unparalleled precision and attention to detail, attain a balletic, brutal grace charged with visceral excitement. So yes, of course, some more of that please. But the prospect of Chapter 2 couldn't help but invite some skepticism. Is there material enough here to fill another movie, much less a second chapter? And second of how many? Is the success of John Wick rushing the hand of its creators, thereby ruining John Wick? Well: yes; no way to know; and not at all. Perhaps because the first installment leaned so heavily into action, it left room for some subsequent shading, plot-wise. And this is what, in part, helps Chapter 2 to succeed as resoundingly as it does.

Shortly after the events of the first movie, the few remaining members of the Tarasov crime family scramble to relocate their operations. In the midst of their efforts, a shadowy figure stalks their warehouse with singular focus. It's John Wick (Reeves), of course, come to collect what is rightfully his (the stolen Mustang Mach 1 that partially precipitated the events of the previous film). He retrieves the car and brokers a piece with Abram (Peter Stormare) but nothing is simple in the life of John Wick. The poor Mustang will require the careful ministrations of Aurelio (John Leguizamo) and there will be a great number of eastern European men buried or admitted to hospitals. But, job done, John can return to home and hearth, hang up the guns again and get back to attempting civilian life. Again, nothing is simple. Santino D'Antonio (Riccardo Scamarcio) appears, dapper and wraith-like, to collect on a favor. John initially refuses but Santino lobs a few incendiary rounds from a grenade launcher into John's airily modern suburban home, burning it to the ground. A "no" will simply not do. So our hero is off to Rome to complete the task assigned him and attempt to survive the subsequent onslaught.

To answer an unasked question, yes, to a certain extent this is more of the same. The plot is not really the thing, just jumping off point for the wonderful carnage to follow. But at the same time, Chapter 2 exceeds expectations because it enlarges, shades and textures the world around John Wick as it sends him barreling through it. He visits the Rome branch of the Hotel Continental, presided over by a suitably grave Franco Nero, seeks counsel with the king of the vast New York underground and draws the ire of the High Table (the criminal aristocracy overseeing it all). Chapter 2 also allows Winston (Ian McShane) and Charon (Lance Reddick) to return, each with customary charisma. And it even raises the bar for action sequences set by its predecessor. There are even more headshots, longer knock-down-drag-outs and surprisingly inventive new ways for John Wick to be the baddest. No spoiler: His dog goes unthreatened. R. 122m. BROADWAY, FORTUNA, MILL CREEK.

FIFTY SHADES DARKER. To the next unasked question: I don't know. I knew what to expect, at least somewhat, and I went anyway. Something about the definition of insanity.

After discontinuing her relationship with Christian Grey (Jamie Dornan), Anastasia Steele (Dakota Johnson) takes a job at a publishing house. And she is almost immediately drawn back to Grey when he promises he won't make her uncomfortable in sexual situations any more, unless of course she wants him to. Which, of course, she does. She attempts to navigate the woefully underdeveloped geography of his psyche, while maintaining her own unlikely combination of ingénue innocence and voraciousness. Her new boss turns out to be a predator, so he's out of the picture. She climbs the ladder, meets Christian's family and insists on learning more about his sex dungeon.

This is about as poorly plotted as they come, so much so that even the sex scenes fail to pierce the veil. Furthermore, it feels strongly anti-feminist: fan-fic from an ostensible female perspective that just becomes male-dominant wish fulfillment. Gross. Still further, this material is so tame, so falsely dangerous that it offends with its unintentional inoffensiveness. Where the first movie at least had in it some truly sexy moments, this plays like risk-free, late-night soft-core from the 1990s. R. 118m. BROADWAY, FORTUNA, MILL CREEK.

A CURE FOR WELLNESS. A young man (Dane DeHaan) visiting a clinic in the Swiss Alps is drawn into the creepy, hallucinatory and sinister goings on. R. 146m. BROADWAY, FORTUNA, MILL CREEK.

FIST FIGHT. A teacher (Charlie Day) gets his colleague (Ice Cube) sacked and finds himself challenged to a schoolyard brawl in this comedy. With Tracy Morgan. R. 91m. BROADWAY, FORTUNA, MILL CREEK.

THE GREAT WALL. A Western mercenary (Matt Damon in an unfortunate ponytail) aids Chinese mercenaries in their battle against hordes of lizards and carrying their own movie. With Tian Jing and Willem Dafoe. PG. 104m. BROADWAY, FORTUNA, MILL CREEK.

THE GODFATHER (1972). Marlon Brando and Al Pacino define the genre in this first installment of the mafia dynasty drama. R. 175m.

A DOG'S PURPOSE. Watching the dog die in any movie is the most gut-wrenching part, so let's do it over and over until we are dry husks devoid of tears. PG. 120m. BROADWAY.

FENCES. Denzel Washington and Viola Davis put on an acting clinic in this August Wilson adaptation about an African American family's bonds and frustrations. MINOR

THE FOUNDER. Michael Keaton stars in the story of Ray Kroc and how he turned a burger joint owned by a pair of brothers into the McDonald's empire. PG13. 115m. MINOR.

HIDDEN FIGURES. Indelible performances Taraji P. Henson, Janelle Monae and Octavia Spencer carry this compelling story about the black women whose calculations were vital to the space race. Still, it lacks style and scenes of daily racism and sexism amid the Civil Rights movement come off as mild and toothless. PG. 127m. BROADWAY, MILL CREEK MINOR.

THE LEGO BATMAN MOVIE. The plastic Dark Knight (voiced by a gravelly Will Arnett) takes on a partner in this brick-filled animated feature. With Micheal Cera. PG. 104m. BROADWAY, FORTUNA, MILL CREEK.

LION. Dev Patel stars in the genuine, moving and beautiful true tale of a young adopted man searching for his roots and his family in India. PG13. 118m. BROADWAY, MINOR.

MOONLIGHT. Attention to the little things and small, powerful moments make for a much wider and more hopeful picture of the world in this three-part coming-of-age-and-beyond story. Starring Mahershala Ali. PG13. 111m. MINOR

ROGUE ONE: A STAR WARS STORY. This Death Star-era prequel about a young rebel and her motley crew features character complexity yet unseen in the Star Wars universe, plus a stellar cast, impeccably choreographed battle sequences, good jokes and the best droid yet. PG13. 113m. BROADWAY.