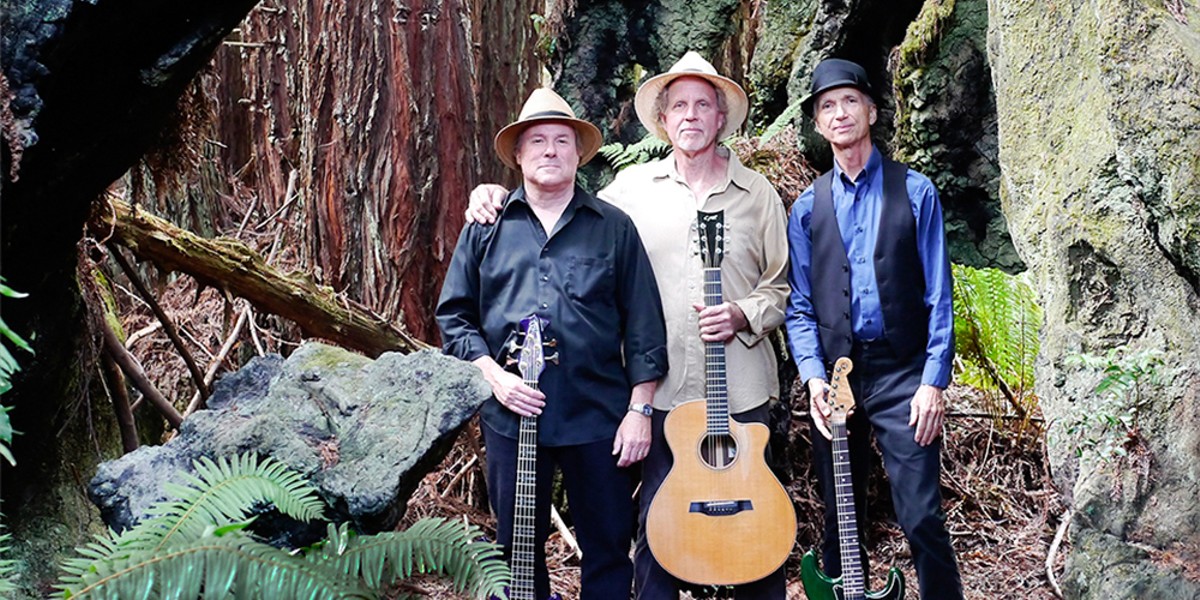 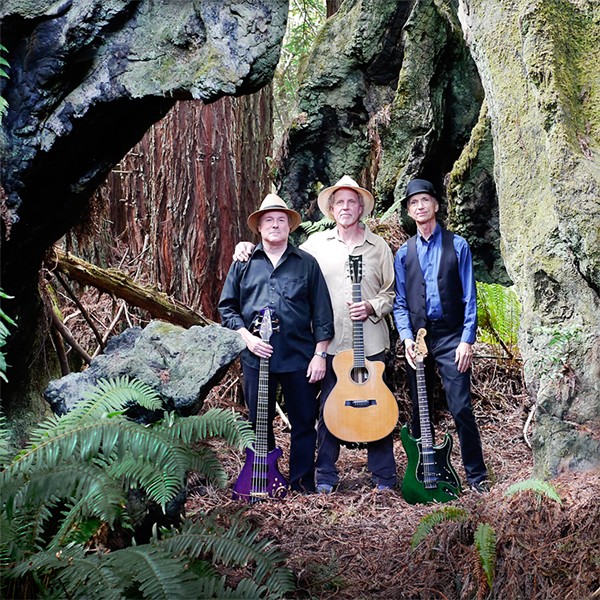 Courtesy of the artists Lacuna plays the Westhaven Center for the Arts at 7:30 p.m. on Friday, Oct. 12.

I have been struggling to translate my horror at current political events through a popular culture lens because that's what, for better or worse, Americans do. The best I've landed on is, oddly enough, John Carpenter's 2001 underrated flop Ghosts of Mars, a film in which mining colonists unleash a well of ancient and violent ghosts from the pits of Mars to possess the citizens of an ostensibly peaceful society. Ancient reactionary evil causing stupid and atavistic violence that reverses the course of human progress seems appropriate right now. And while it is tempting to advocate the nuclear solution found in the movie, I am not a violently insane person. I would instead suggest that we all look at our contributions to society and discover how we can effect the most positive change with a collective addition or subtraction of our assets. We are all in this together and most of us don't seem to be possessed by evil.

Anyway, go out, enjoy the vast entertainment we have before us as a community. And maybe talk to each other a bit. Check in, make sure no one is too haunted.

The Armack Orchestra is an amalgamation of players from the Arcata and McKinleyville High School orchestras. This evening at 7:30 p.m. they will be live scoring two classic comedies from the silent film era — Charlie Chaplin's The Rink and Cops starring Buster Keaton — for your viewing and listening pleasure ($8).

Bluesy folk trio Lacuna plays an early gig over at the Westhaven Center for the Arts at 7:30 p.m. (sliding scale $5-$20). The set will include original tunes as well as covers by the likes of Tom Waits and Leonard Cohen.

There's a good psychedelic showcase happening at the Miniplex tonight when The Low Hums and Red Ribbon from Seattle team up with local heroes Opossum Sun Trail at 9 p.m. (price TBA). Expect fuzzy, treated, and twangy guitars and echoed beats.

Finally, an hour later over at the Alibi, heavy static action rock trio Mos Generator — another group from Seattle — meets up with local holy rollers Lord Ellis for a good and loud wall-rattler of a show (price TBA).

There are two free shows tonight at 9 p.m. to ease the strain on your wallet, soothe your soul and give you a chance to just space out or dance — or all of the above, I suppose. Over at the Logger Bar you will find local masters of the Pink Floyd canon Money covering the diamonds from the classic Roger Waters-era, as well as some of the less well-known tunes from the days of Syd.

Then in Arcata at Portuguese Hall it's the centennial-plus celebration of Our Lady of Fatima with food, drink, festivities and music provided by Claire Bent & Citizen Funk. Come have fun and cut a rug in honor of Our Pastoral Lady of Portugal.

Molly Tuttle has done more with her quarter-century on the planet than most musicians do in their lifetimes. An extremely accomplished flat-picker and banjoist in the bluegrass tradition, Molly has been making records since she was a child, appeared on A Prairie Home Companion and racked up beaucoup bluegrass awards while putting out an album a year for the last six, both on her own and with her musical family. She appears at the wonderful Old Steeple venue tonight at 7:30 p.m. for a show that will be worth every penny of the $25 ticket price.

Blondies hosts a free dance-friendly show tonight when local space jam groove band Dan & the Americans lays down a set at 7 p.m. Opening up the night will be a solo set by Diggin Dirt's singer Zach Alder, which should be an interesting experiment in stripped-down soul.

Very few bands have as dedicated and cult-like an audience as the Grateful Dead and a multitude of adjacent bands encircle Planet Dead like happily humming satellites. Like many great cults, the death of the beloved leader has done nothing to stop the ride and these extra-orbital ancillaries have a built-in audience in quadrants of the known live music universe. And what a fine trip that must be and who am I to piss on the passions of such dedicated pilots? Besides, in the right company, I will admit to enjoying some of the Dead's oeuvre and no record do I enjoy more than Workingman's Dead, the band's 1970 paean to folklore Americana and the emergent Bakersfield speed-country sound of Buck Owens and company. So I can happily endorse this show tonight at 9 p.m. at Humbrews, where the Grateful Bluegrass Boys intend on performing that LP in its entirety. Featuring members of Poor Man's Whiskey and Hot Buttered Rum, these players have the chops to make the strings sing ($10).

Healing Gems are a Los Angeles Latinx sextet that plays a dance-friendly cartoonish mix of tropical and lounge sounds. The band's Bandcamp page features nothing but net when it comes to dreamy and loveable tunes. You can share in those songs tonight at the Miniplex at 9 p.m. The ticket price and possible openers, if any, are unknown as of press time.

Collin Yeo filters a spooky amount of his experience via old VHS tapes and DVDs. He lives in Arcata.