5th District Harbor candidates on the future of Humboldt Bay 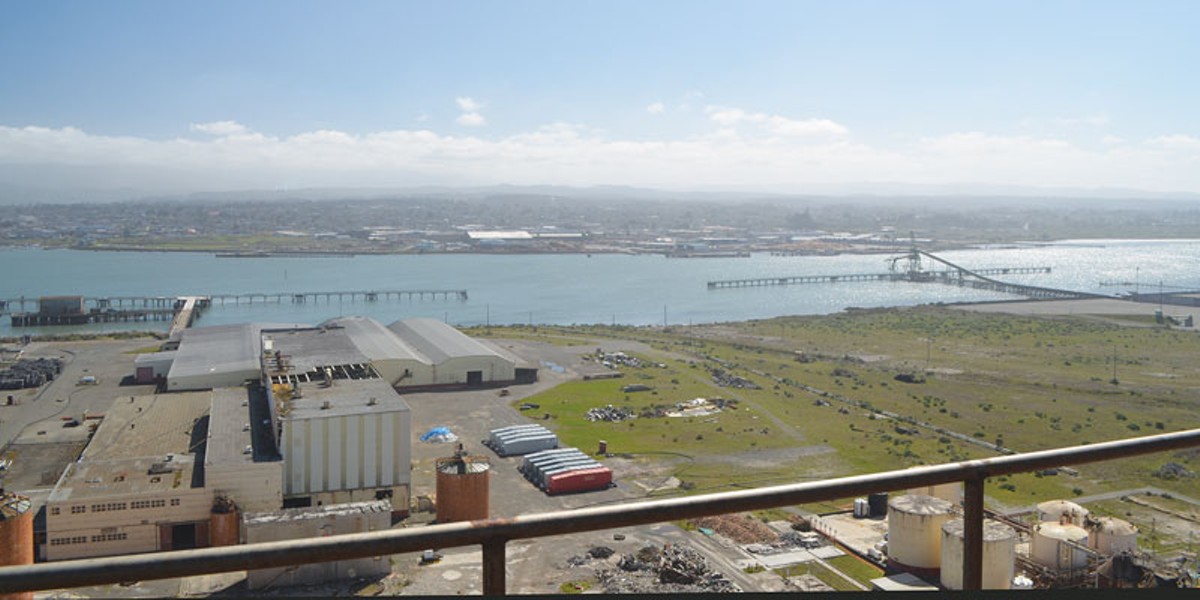 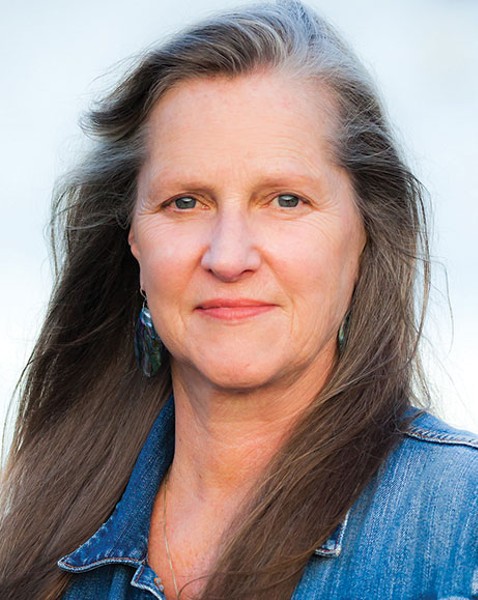 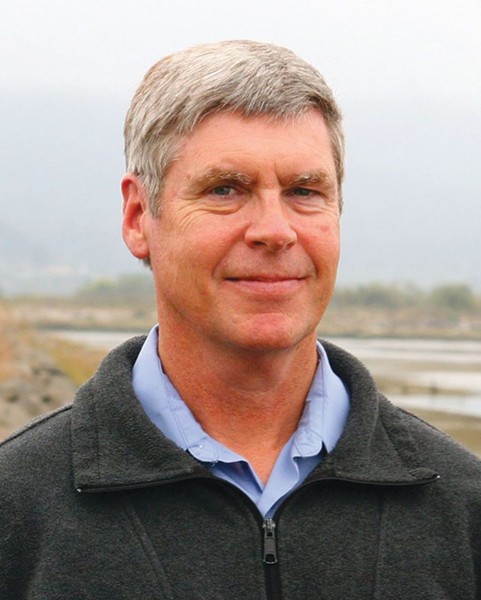 About a decade ago, the makeup of the Humboldt Bay Harbor, Recreation and Conservation District began to change. Since its inception as the manager of Humboldt Bay and its tidelands in 1973, the various iterations of the district's board had largely envisioned Humboldt Bay as a working harbor; with fishing and shipping as its primary uses.

In the late 2000s, newly elected commissioners began to focus more on the recreation and conservation aspects of the district in an effort to diversify when shipping tanked with the 2008 recession. Now, as the district is gaining steam with a variety of projects (see last week's cover, "Safe Harbor"), there's a move to refocus on big industry.

Larry Doss, a realtor from Eureka, has already won a 1st District seat on the commission (there are no opposing candidates). Two other seats remain open, each with an incumbent and a challenger vying for the next four-year term. The outcome could prove crucial to the future of Humboldt Bay.

First, we'll focus on the 5th District, making up much of Northeastern Humboldt County, including Trinidad and McKinleyville. Next week, the Journal will profile candidates in the commission's 2nd District.

Susan Rotwein, a nurse consultant from Trinidad and co-owner of a fishing boat and seafood shop, is running for the 5th District Harbor Commission seat occupied by Pat Higgins, saying the district needs to better serve the fishing industry, attract shipping, re-examine its purchase of the former Samoa Pulp Mill and develop a long-term plan for the viability of Humboldt Bay.

At a Sept. 30 debate, Rotwein was in fairly friendly territory. The forum was sponsored by the Humboldt Bay Harbor Working Group, a private organization dedicated to a working port that's made up of big-industry proponents. The group, for example, supports the construction of an east-west railroad connecting Humboldt Bay to the rest of the nation — an idea the current commission determined is economically infeasible.

Rotwein didn't mention the rail, but at the debate she excoriated the Harbor District for recent moves she said have negatively affected the fishing industry, which she said is "instrumental in creating a long-term vision."

She joined others in the fishing industry who believe Woodley Island, the district-owned marina, should be dedicated solely to the local fishing fleet. The current board has asked the city of Eureka to loosen zoning on the island, a move Rotwein opposed. She said she likes the idea of a vibrant, attractive waterfront, even invoking the idea of cruise ships, but also said tourism only creates entry-level jobs that don't pay living wages.

She also disagreed with the district's removal of a fishing gear storage area on Woodley Island, which the district replaced with storage and a fish processing space at its Redwood Terminal 1, near the Samoa Cookhouse. "That is not conveniently located for fishermen," she said, adding that the marina is in disrepair. The district raised slip rates, began charging for electricity and implemented a fee to sell fish from boats at the marina, saying it was near bankruptcy. The district said it's reduced its annual deficit from $275,000 to $39,000 for marina operations.

Rotwein said she sees a "consistent dredging policy as good for attracting ships," though she's skeptical of the district's recent purchase of a dredge it plans to use to clear the channels at Fields Landing and the Eureka Marina.

Rotwein joined other opponents of the board in a somewhat soft damning of the Harbor District's purchase of the Samoa Pulp Mill. As the Journal has reported, the district purchased the defunct property in 2011, and with the help of a $1.25 million loan from Coast Seafoods and another $7 million from the Environmental Protection Agency, cleared the property of millions of gallons of caustic liquors that were stored in failing tanks. It's now trying to find tenants for the ocean-dependent site.

Rotwein said she's unconvinced that taking ownership of the site was a good move, saying the district needs to "determine if the pulp mill is an asset or liability." The current board determined it was an asset when it went ahead with the purchase, but Rotwein indicated that the district took on more debt than it could handle."The bottom line I get from the budget is — compared to 2011 — we are significantly more in debt," she said at the debate.

The Harbor District borrowed the $7 million from the EPA to enable the pulp mill cleanup, but that loan is slated to be forgiven in seven years unless the district sells the property. The proceeds from any equipment sold from the site — the boiler, generator or other hardware — must be paid to the EPA, but, unless the Harbor District should decide to sell the pulp mill property, it's only obligated to pay the EPA from the proceeds of any assets the district acquired in the deal. Meanwhile, the $1.25 million loan will be repaid to Coast Seafoods through an extended tidelands aquaculture lease, and the district is anticipating earning a $1 million per year in lease agreements and shipping by 2018.

Rotwein also called for a 30-year plan, saying the district has "no vision or plan now." In fact, the district in the process of implementing several plans: a harbor revitalization plan from 2003, a bay management plan from 2007 and an Economic Development Committee plan from 2009.

Rotwein said implementing a long-term collaborative vision will protect and promote the fishing industry, bring more well-paying jobs to the area and, by doing so, protect the environment. "I think we need to steer back on course," she said.

Higgins, the 5th District's incumbent, has served on the commission since being elected in 2007, and said the district's focus on diversifying economic opportunities, as well as expanding its recreation and conservation programs, is best for the bay, and the county at large.

Higgins said the Harbor District gambled on port deepening in the early 2000s and lost. "The world economy collapsed," he said at the Sept. 30 meeting. "The pulp mill closed."

So he entered the commission intent on diversifying the port, looking to create jobs that make sense "for a small port like ours."

That included buying the Pulp Mill, and Higgins said characterizing the EPA loan as a huge debt is disingenuous, as the current commission has no plans to sell the property.

A fish biologist by trade, Higgins said the district also needs to maintain quality of life and community health through bayside trails and environmental cleanups, like the district recently undertook at the Fields Landing boatyard to eliminate stormwater runoff.

Higgins said his role on the commission's economic committee gave him more patience when entertaining diverse options for Humboldt Bay. Detailing his vision of the future of the bay, Higgins said he would work to increase aquaculture, light industrial jobs and business incubators. He wants to see an oyster bar on Woodley Island where the fishing storage yard used to be, to increase jobs by leasing properties at the Samoa Pulp Mill and encouraging a boat manufacturer to set up shop at the district's Fields Landing boatyard.

While it remains to be seen if the district can navigate a maze of permitting, Higgins thinks its purchase of a dredge, paid for by releasing Pacific Gas and Electric Company of its obligation to dredge Fields Landing, will save the district money in the long run. "We've been maximizing revenue from every asset," he said, and betting on a return of the shipping industry — while it shouldn't be ruled out — is risky. "Stay the right course," he said. "I see us having made the right moves."