Behind the Redwood Door 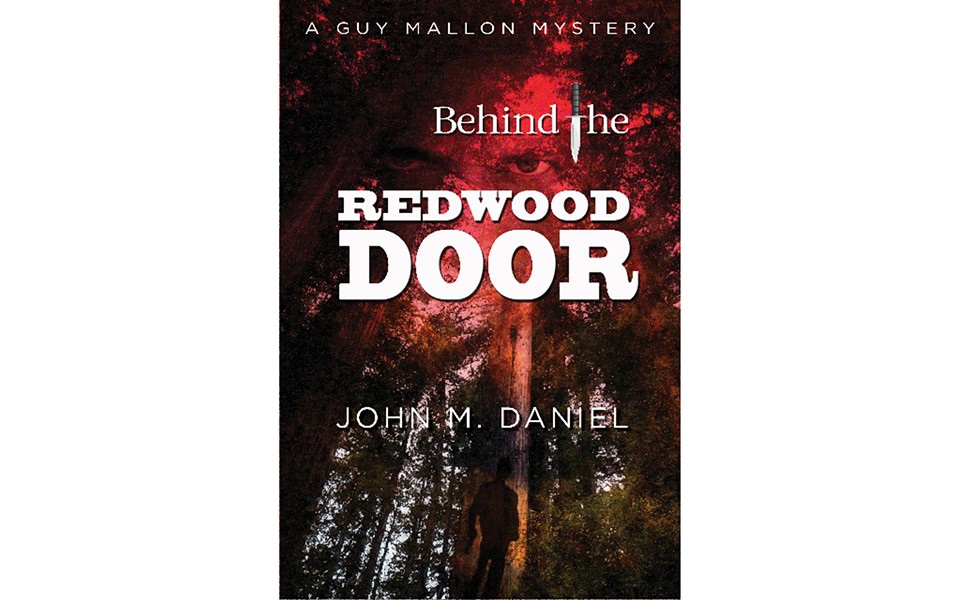 Outside the bar, a woman screams. Inside, conversation stops, a bartender mutes the TV, and Guy Mallon exchanges glances with his wife before shouldering his way out into the mist. His friend sits propped against a dumpster, throat slashed. "His sequoia-green sweater was soaked with black blood."

In Mallon's mythical Jefferson County the bar is called the Redwood Door, but it is unabashedly modeled after The Alibi, just as Jefferson City, with its statue of Thomas Jefferson on the Plaza, is a slightly skewed Arcata. The town is a conflation of North Coast places, with a rocky harbor and a daily newspaper owned by a wealthy, right-wing businessman.

Oh, and the murder victim?

Editor of the local alternative weekly.

Watching Mallon track down the murderer is only part of fun in Behind the Redwood Door, by McKinleyville author and book publisher John M. Daniel. The rest comes from locale -- and celebrity --spotting.

Daniel insists no one is real, and only a little scenery is borrowed. The land whites stole from the Indians, the fight over the shopping mall, the casino at the Steelhead Rancheria, all are inventions. The editor of the weekly Jefferson Nickel is very loosely modeled after a friend of Daniel's, now deceased, who once edited the New Times in San Luis Obispo. The publisher of the daily Jefferson Republican, Seamus Connolly, is modeled after no one we know, Daniel says. Certainly not the former publisher of the Eureka Reporter, who Daniel says he has never met.

"Seamus Connolly is a small town person, and I don't think Rob Arkley would be called that ... because he delves into national political matters," says Daniel. The author is sitting in his light-filled living room, across the street from one of the peculiar home-castle amalgams on a stretch of the Hammond Trail. During the week, he and his wife Susan run their small press publishing company, Daniel & Daniel, from their home. On Sundays, John Daniel retreats to his office and writes. "It's the most fun thing I do all week," he says. "I love it." He has written a memoir, a writing guide and a modest handful of mysteries, including three featuring Guy Mallon, a book publisher who tends to stumble into mayhem.

Behind the Redwood Door is fast-paced and readable, a satisfying companion for a rainy afternoon even without the local angle. It's got family feuds, marijuana growers and layers of interwoven stories of the strong preying on the weak.

"Even a genre novel like a mystery has to stand for something," says Daniel, and in this one "my big crusade is against bullying at all levels."

As in the real Humboldt, some of the bullies win, and some of them lose.