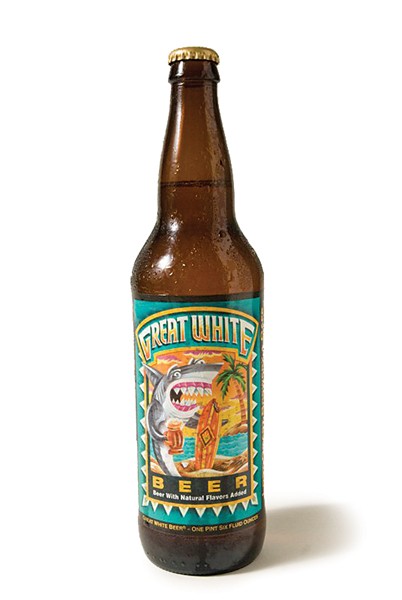 We love our beer. We love it light and frothy and even fruity. And we love it with a passion that sometimes runs dark in our souls, erupting in snarls of disgust at that drivel someone else calls beer.

This is The Land of Beer, the land of five breweries and countless home brewers, the land of slurpers and quaffers, sippers and gulpers whose votes sent this category into the top five for voter turnout.

Surprise: We don’t all agree.

No single brew captured even a fifth of the votes, and the two top choices nearly tied. Lost Coast Brewery’s Great White pleasured the palates of 14 percent of you, barely edging past Mad River Brewery’s Steelhead Pale Ale at 13.1 percent. Lost Coast’s Tangerine Wheat wasn’t far behind with 10.3 percent. One of its biggest fans told us “Tangerine wheat!!!!!!!!!!!!!!!.” Fifteen exclamation points? Really? Quick, pass a Redwood Curtain IPA to drown the cloying suspicion that this is someone who dots her i’s with cute little circles and puts smiley faces on the sweet notes she writes to her friends. Yes, her friends. Tangerine Wheat is, in the very best sense of the word, a girly beer. Light and young and frivolous.

Some people like their beer more mature, the brewed equivalent of a big, burly logger or a delightfully decadent woman of a certain age. Some of those people aren’t all that nice about their preferences. “Lost Coast Brewery is not the best beer and if it wins, then beer drinkers in Humboldt are not beer drinkers, but simply alcoholics,” grumps one.

Such a limiting distinction.

Most Frustrated Answer: “I remembered Redwood Curtain has awesome beer but couldn’t find a way to go back.”