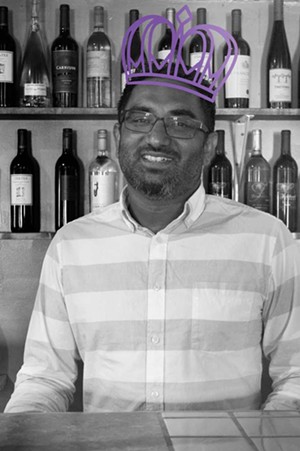 Gupreet Sohl is no fool. Four years ago, he took over the run-down Indian restaurant in a building his father owned, gave it an interior makeover and opened Tandoori Bites. The hard part about starting an Indian restaurant in Humboldt, however, is getting a chef to move here. Sohl, who hails from the northern Indian province of Punjab, enlisted a distant cousin also from the region, Dalbir Singh (only 19 at the time), to turn out the buffet of ever-changing, northern-style curries, pilafs and pakoras fit for a Maharaja. Good thing, too, as Sohl says he "can't boil an egg." It's no surprise the spread of genuinely juicy tandoori chicken, rich goat curry and cloud-like naan won Best Buffet, especially when you can gorge at lunch for $11.97. It's also the only game in town for Indian food — if he didn't own the place, Sohl would be hiking to the Bay Area for take-out. See? No fool.