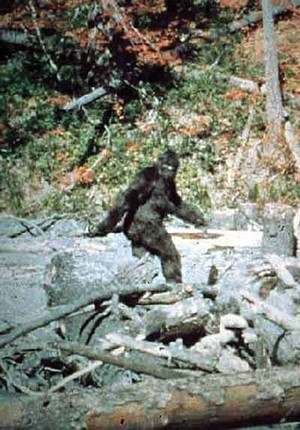 Runner Up: Everyone Smokes Weed

Of course it's Bigfoot. Humboldt County's home to the greatest of all bigfoot relics: the Patterson-Gimlin film (well, it's a matter of dispute whether the exact site, near Bluff Creek out of Weitchpec, is in Del Norte County, but come on). It's home to two of Bigfoot's most prominent and important researchers: James "Bobo" Fay, of Finding Bigfoot fame, and Steven Streufert, owner of Bigfoot Books in Willow Creek, and auteur Bobcat Goldthwait filmed the definitive shaky-cam Sasquatch flick within county lines just a couple years ago. The hirsute humanoid (Bigfoot, not the other guys) is intriguing. It's thrilling to imagine a sighting, and with our thick woods and steep-sided wilderness, it's easy to believe that Sasquatch could be out there, staying mostly hidden all these years.

There's just one problem, Humboldt: It's not a fucking myth.