Beyond Boundaries: The New Neuroscience of Connecting Brains With Machines -- And How It Will Change 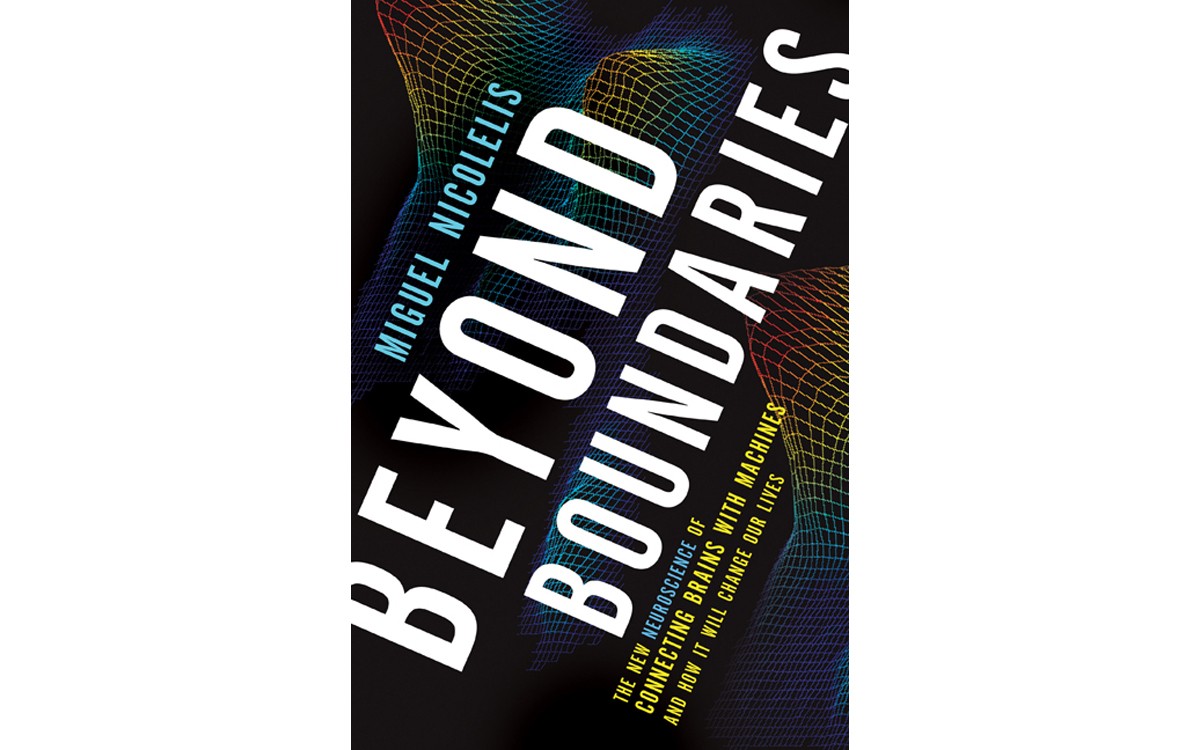 The results of his research on brain-machine interfaces (BMI) has made Miguel Nicolellis a famous scientist, even capturing the attention of Jon Stewart on The Daily Show. This book describes his experiments, culminating in the monkey with electrodes implanted in his brain who played video games or controlled a distant robot just by thinking.

Nicolellis is not shy in predicting future applications -- and neither is anyone else. Besides hopes for victims of various diseases, disorders and accidents, he asks us to "imagine living in a world where people use their computers, drive their cars, and communicate with one another simply by thinking." Or even "touch the surface of a different planet" or "download the thoughts of one of your forefathers" to create a Holodeck encounter in your head.

These resemble the visions of adherents of different and perhaps competing research into brain-computer interfaces (BCI.) The great weakness of this book is Nicolellis' refusal to consider that any of this is creepy, or that it would ever be used for nefarious purposes with catastrophic results.

But then, that's what we have science fiction writers for -- to imagine the unforeseen consequences when real people are involved. Already his exoskeleton suit to enable paraplegics to walk looks a lot like Robocop. As he notes, it's this kind of research that inspired The Matrix and Avatar, though he rejects such dour scenarios without saying why. Especially considering that the Pentagon is already experimenting with BCI.

Nor does Nicolellis consider that a future with the economics necessary to support all of this is getting less likely every day. Such tunnel vision exposes another continuing danger -- that we think we know enough to assume everything in the psyche is a matter of manipulating neurons.

Still, one can hope for cooler and more cautious heads with more balanced evaluations, since the research itself clearly has potential. Besides, these speculations make up a very small part of the book. Much of it is a brief for the anti-reductionist view of neurons not as single-function pushbuttons but as part of a neuronal orchestra -- a musical metaphor that he uses in various ways throughout, generally to good effect. It's also clearly a metaphor, after the supposedly literal explanations of the brain as the current dominant technology, depending on the century: clockworks, steam engine, telephone exchange or computer.

Except for some egregious overwriting (especially early on) and often endearing awkwardness, these chapters and the accounts of the experiments are often absorbing and engaging. Meshing the science with personal anecdotes and philosophical observations seems to have become standard in books by brain scientists, but here, as is often the case, they add to both understanding and reading pleasure for the non-specialist.