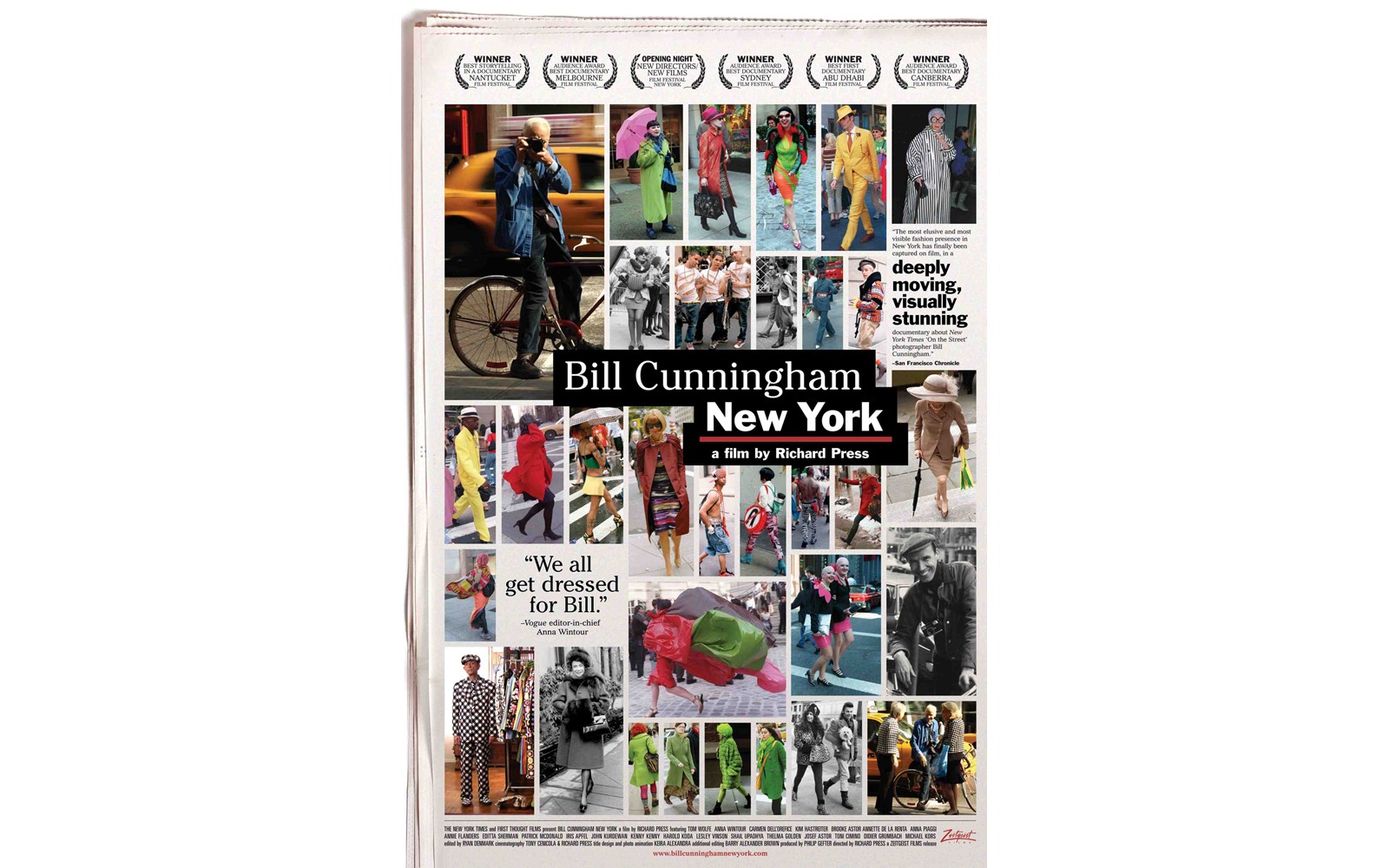 It's good to know there are people like Bill Cunningham in the world. He's happy. He's kind and sincere. He has built a life doing what he loves and is acknowledged internationally for it. Richard Press' charming and emotive documentary, Bill Cunningham New York, is a beautiful portrait of this curious photographer and a passing age.

Every day, 83-year-old Cunningham takes to the streets of New York on his bicycle and photographs what people are wearing. "The best fashion show is definitely on the street -- always has been, always will be." He says. Cunningham goes to all lengths from darting in front of cars to crawling on the ground to capture the most creative layering or interesting shoe. Since the late '60s Cunningham has become quite famous for his enthusiasm and frequent discovery of fashion trends before they are eaten up by the mainstream. His work has been featured in such places as Women's Wear Daily, Vogue and the original Details magazine. These days, he writes the "On the Street" and "Evening Hours" columns for the New York Times, which he also narrates in slideshows online.

Cunningham has always lived alone. His Carnegie Hall apartment was filled to the brim with file cabinets storing 50 plus years of negatives, the only other furniture a mattress on top of some files. No kitchen. Shared bathroom. When relocated to another rent-controlled apartment overlooking Central Park, he had the landlord remove the kitchen appliances to make room for more filing cabinets.

Although revered in the world of New York high society and the world of haute couture, Bill couldn't care less about celebrities or their attire. He's only interested in clothes. To remain as egalitarian as possible he refuses free food and payment. He is often heard saying, "If you don't take money they can't tell you what to do. That's the key to the whole thing." He is an observer of society, rarely a participant. No matter his personal distance from his subjects, affluent people such as Vogue editrix Anna Wintour consider it "death" if he doesn't take their photo or at least exchange a warm smile.

Part of his appeal to the fashion world is his ability to quickly spot minute details and commit them to memory, often calling out designers who steal from the past by posting a photo of the gown from yesteryear next to the contemporary imitation. He does so not to say, "I gotcha," but to inspire creativity, to see fashion continue to evolve.

In an interview from the late '80s, Cunningham said, "Fashion is the armor to survive everyday life. I don't think you could do away with it, it would be like doing away with civilization." The question is: How well will fashion survive without Cunningham?