Biomass: A Local and Renewable Source of Irony 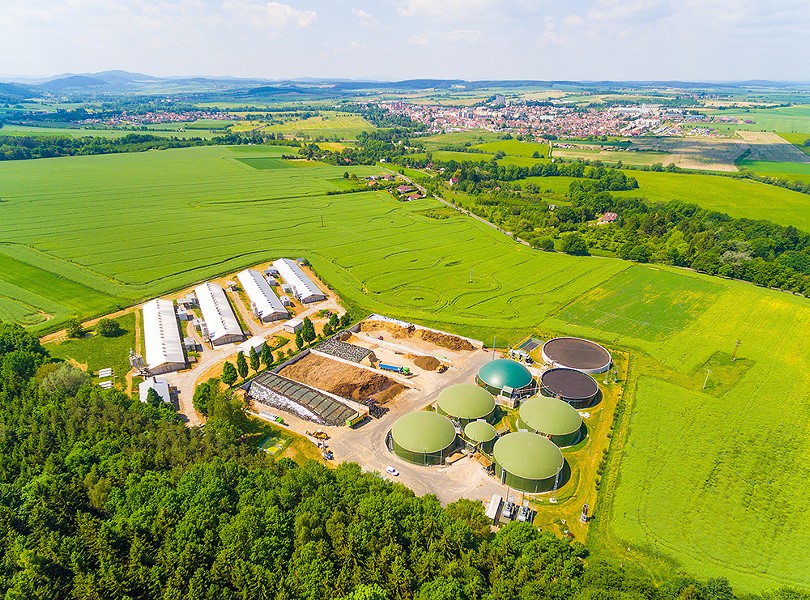 Despite its official pledge to supply Humboldt county with 100 percent clean and renewable energy by 2025, Redwood Coast Energy Authority has doubled down on biomass energy. Nearly a quarter of our electricity now comes from burning wood. In fact, according to its latest Comprehensive Action Plan for Energy [CAPE], RCEA plans to keep buying electricity from Humboldt's two biomass plants — one in Scotia and one in Fairhaven — at the same elevated rate or more for the next 10 years. Disgruntled bystanders have complained that 2030 looks to be on the far side of 2025.

If RCEA had only promised 100 percent renewable energy, no one could accuse them of inconsistency. It's the word "clean" that seems to have a different definition in RCEA's dictionary. Burning wood certainly isn't clean in any conventional sense of the word. It pollutes the air in a myriad of different ways. Impressive amounts of benzene, formaldehyde, nitrous oxide and fine particulates manage to escape the filtration measures of the two biomass plants. This may explain why the American Lung Association, the American Academy of Pediatrics, the American Public Health Association and the National Association of County and City Health Officials oppose biomass energy. These groups represent more than half of all physicians in the United States.

But when RCEA calls burning wood clean, it's not thinking of air pollution or lack thereof. It means carbon-neutral even though burning wood releases as much carbon as coal. However, the federal government and the state of California have decreed that biomass energy is carbon neutral, and RCEA sees no reason to disagree.

This increasingly controversial designation has climate scientists around the world clutching at their hair. It is based on the simple fact that trees sequester carbon while they're alive, and they emit carbon after they die. Rotting wood slowly releases carbon into the atmosphere as well as into the soil. Burning wood rapidly releases atmospheric carbon. Either way, sufficient new growth re-sequesters the carbon from the previous generation. Carbon equilibrium reigns within the bounds of this cycle.

Even though vast parts of the world are experiencing deforestation, the remaining forest is still considered a net carbon sink. That's good news for those of us who flopped around on the floor, gasping for air after watching videos of billowing smoke cover the Amazon this summer. The bad news, however, is that we're in a climate emergency despite the still more or less functioning global forest. Apparently, the trees are way behind on their job of mopping up atmospheric carbon.

That's not the fault of wildfires or rotting wood. The culprit is the wild fossil fuels binge we've been on for the past century or so. So, if we could only stop burning fossil fuels, then eventually the trees might catch up. Right? Theoretically, yes, except that a substantial shift from fossil fuels to wood would wipe out the forest. The leap to wind, solar and geothermal technologies is essential.

Meanwhile, carbon from burning wood hangs out in the atmosphere, hobnobbing with all the low-life fossil fuel carbon and likely picking up bad habits — such as melting ice caps and permafrost and creating dry conditions perfect for wildfires. Meanwhile, the Intergovernmental Panel on Climate Change has issued yet another drastic warning about how we must slash our emissions over the next 10 years, or else we're facing a widening range of catastrophes.

Let me say here that RCEA cares about the climate. It is working to develop wind and solar energy and to do many good things that will decrease Humboldt county's emissions over the years, if all goes well. Yet, according to the draft update of the CAPE, RCEA plans to keep using 20 megawatts of biomass or more ("at a scale matched to the local supply of wood waste from mills") even after its wind and solar ambitions are realized. The plan seems to be that wind and solar will save so much carbon that we can afford to keep splurging on carbon-intensive electricity from Scotia and Fairhaven.

Supporters of biomass say it's a convenient baseload fuel that can be relied upon around the clock, and they point to local timber industry jobs. Ninety percent of Humboldt's biofuel comes from mill waste. Trees were cut down anyway in order to make lumber, which roughly sequesters a third of the original carbon stock. And there's all those wood chips left over — mountains and mountains of them. It would be a challenge to do something with them other than burn them in 30-year-old, outmoded, very inefficient, polluting biomass plants. Those old stoker boilers may burn at only 20 percent efficiency — a lot of carbon for a little electricity — but nothing's perfect.

Years ago, when I first learned of biomass energy, I was all for it. I thought we'd discovered a way to stop burning slash in our drying woods. I thought thinnings and forest fuels reduction could feed biomass plants that would filter out the worst of the air pollution, leave the forest healthier and make some electricity to boot. But there's one big hitch. It's too costly to bring all that slash out of the woods. For the foreseeable future mill waste is by far the main fuel. Yet RCEA explicitly links forest health and fear of wildfire to the case for operating biomass plants.

The timber industry has embraced its role as provider of supposedly carbon-neutral electricity. Timber harvests have boomed in many places. Thousands of acres have been logged and the logs converted into pellets to be shipped to biomass plants. I've been told that scenario is unlikely to happen here since lumber is premier in Humboldt county. Yet the biomass plant in Scotia is expanding its operation by adding a third boiler and a third shift of workers.

Mike Furniss, formerly a scientist for the U.S. Forest Service who now helps RCEA facilitate its CAPE presentations, estimates the combined carbon emissions of Humboldt Sawmill Co. and D.G. Fairhaven at 300,000 metric tons per year. That seems like a lowball figure. In 2017, the most recent year for which the Air Resources Board has complete data, those two plants emitted 236,000 metric tons, and that was when RCEA was contracting for only 11 percent of our electricity. Now it's 23 percent.

Humboldt County's Greenhouse Gas Inventory, which has been compiled for its Climate Action Plan, is no help at all. It simply doesn't count biomass emissions since they have been sainted as carbon-neutral. So to be on the safe side, let's go with the 300,000 figure from Furniss. According to the EPA, that amount of carbon from one year requires more than the equivalent of 4 million saplings growing for 10 years.

No one at RCEA denies that our saturated atmosphere would be better off without those emissions — at least not when pressed by an overly earnest, fervent climate activist such as myself. They acknowledge that we're in a climate emergency because the carbon cycle is overloaded on top. Then they say those biomass plants are going to operate anyway, no matter what, so we may as well be the ones to reap the energy.

RCEA, then, is merely taking advantage of a situation over which it has no control. At least that's what I hear in private conversation. But the public face is far different. By signing a resolution to provide 100 percent clean and renewable energy in five years and then trying to lock biomass into place for the next 10 years at a rate solely up to them, they deliberately foster the illusion that biomass electricity is clean and green. Consequently, there is no incentive to ever reach for an alternative to the pollution and the emissions of biomass. Why would Humboldt Redwood Co. consider doing something better with its waste if burning it produces no countable emissions?

In the state of California, natural gas is set to expire in 2045. Biomass electricity has no expiration date. If RCEA's CAPE is approved in December, there is no end in sight.