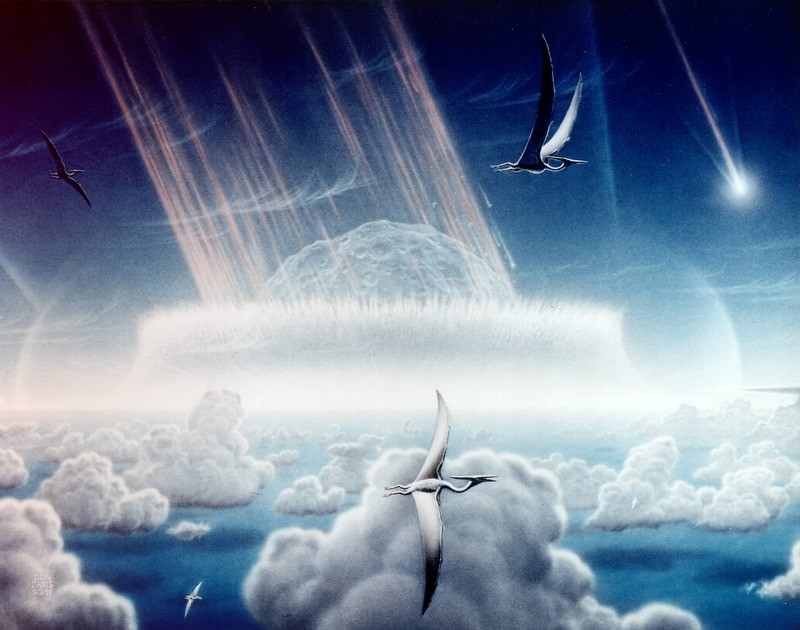 Statistically, the probability of any one of us being here is so small that you'd think the mere fact of existing would keep us all in a contented dazzlement of surprise.

Lewis Thomas, The Lives of a Cell

Here we are. It's impossible to overemphasize the improbabilities implied in those three words. So many instances of pure, blind, zillion-to-one, flukey luck allow you to sit there reading this column just as I now sit here writing on my laptop. Four examples, out of many:

Blind luck led to the start of life on Earth about 4 billion years ago. Through a series of uncountable permutations and combinations, the precursor molecules of life somehow fashioned themselves into an arrangement that automatically reproduced itself. This particular fluke may have occurred more than once, since all but the final version were wiped out by the then-frequent bombardments of huge comets and asteroids.

Untold numbers of reproductions over those 4 billion years -- first by self-reproduction, and later by sexual interweaving of genetic material -- resulted in the humans you know as Mom and Dad. If just one of those reproductions had misfired, you wouldn't be reading this. (For that matter, what were the odds against your parents meeting? Who would you be if they hadn't?)

Taking this to its logical conclusion, of some 5 million spermatozoa launched when your father climaxed, it was blind luck that the one that resulted in the singular entity you see in the mirror every morning won the race to enter your mother's egg. Congratulations!

Yet only 65 million years ago (a moment of geological time) an asteroid perhaps the size of Manhattan Island collided at high speed with our planet, causing global devastation. The casualties included every dinosaur then alive. Mammals, which until then had been small and generally nocturnal, not only survived, they thrived in the newly vacant ecological niches. Eventually they branched out into hundreds of new species, including homo sapiens. Had that asteroid missed, none of us would be here.

While the odds of you or me being alive are tiny, the odds of you and me are practically infinitesimal. In the face of all this sheer luck, it's hard not to feel grateful. I could, of course, take the other tack and say, "The fact that I'm here proves that the odds of it happening are 100 percent." But late at night when the house is quiet, wonder takes over from pragmatism, and I experience Lewis Thomas' "contented dazzlement of surprise," knowing I won the lottery of life. So did you.

Barry Evans (barryevans9@yahoo.com) dedicates this column to the blue-green algae from which we're all descended.