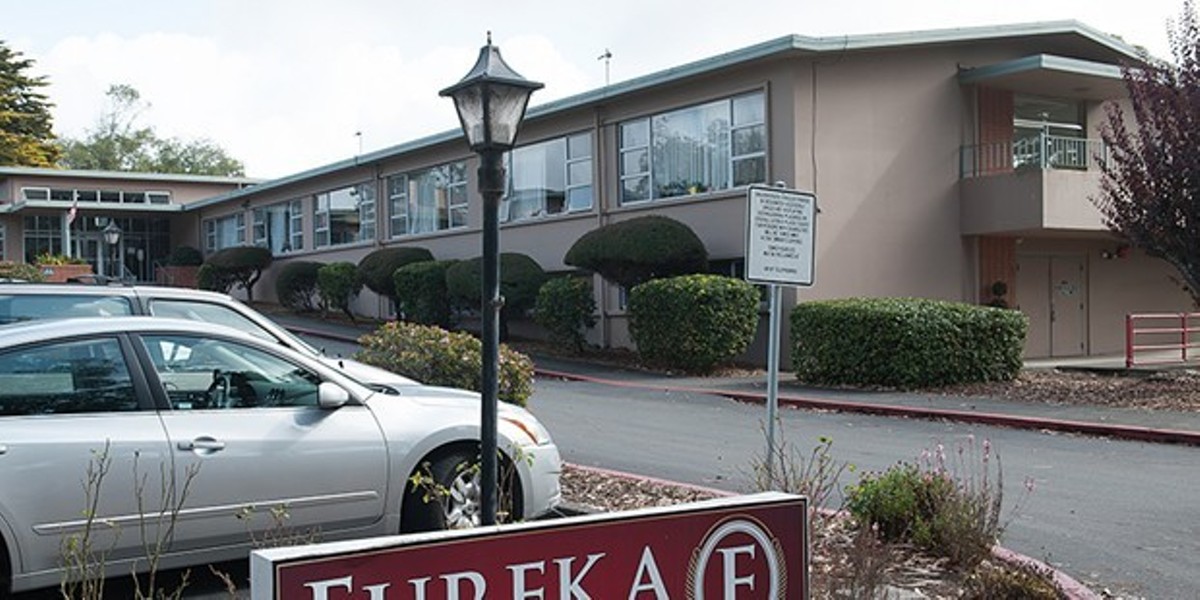 Local law firm Janssen Malloy, LLC, which recently filed two complaints alleginglleging patient neglect and abuse against local skilled nursing facilities, has added another case to its slate, accusing Eureka Rehabilitation and Wellness Center of dumping a dependent adult in a hotel room without proper medical care in October of 2016. The man, who was blind and had a host of behavioral and physical problems, died four days later.

In a complaint filed March 10, Janssen Malloy alleges that a 64-year-old dependent adult, Alan Dewey, died of neglect after being discharged from Eureka Rehabilitation and Wellness Center on Oct. 14, 2016. Filed on behalf of Dewey's sister, Sherri McKenna, the complaint describes Dewey as having a "seizure disorder and multiple complex medical problems, including bi-polar disorder, chronic pain, anxiety, blindness and encephalopathy due to hypertension and [chronic obstructive pulmonary disease]."

Dewey was initially admitted to the facility Dec. 22, 2014, from the Humboldt County jail. The complaint states that he experienced a significant brain injury in 1975 and also suffered from dementia, and that he was prone to becoming easily agitated with "angry outbursts of behavior."

According to the complaint, at the time of admission to the skilled nursing facility, Dewey was not able to self-administer his medications, one of which he was to take because he was a "danger to others." He stayed at Eureka Rehabilitation and Wellness Center for two and a half years, until Oct. 13, 2016, when someone representing the facility (the complaint does not specify who) told him he could no longer live there. The complaint states that someone from the facility drove Dewey to the Clarion Hotel in Eureka and left him with a half-gallon of milk, instant noodles and Velveeta macaroni and cheese, as well as his medications and CPAP machine. He was left there, alone, and told he could stay for 30 days. The complaint states that he was promised home health care visits but none were provided. He was found unresponsive on Oct. 17, and died the following day.

The complaint lists a wide spectrum of defendants, reflecting the complex corporate structure of Brius, the parent company that purchased all five local skilled nursing facilities in 2011. Brius is owned by Shlomo Rechnitz, a Los Angeles-based billionaire and skilled nursing mogul who owns more than 80 such facilities across California. In August of 2014, the California Attorney General referred to Rechnitz as a "serial violator" of patient care laws. Many Rechnitz facilities are buffered by several layers of corporate protection. Along with Rechnitz and Brius, the facility itself is named as a defendant, along with its limited partnership and limited liability company. Rockport Administrative Services, LLC, is also named as a defendant. Rockport is not currently a licensed administrative company for the facilities, but performs administrative duties on their behalf. The exact identity of the person or persons responsible for making the decision to discharge Dewey has not been determined but this information may be added in an amended complaint. All defendants are accused of dependent adult abuse, neglect and wrongful death.

The complaint references last year's standoff between Brius Healthcare Services and Partnership HealthPlan, the region's MediCal distributor, during which Brius threatened to close several Humboldt skilled nursing facilities unless Partnership raised its reimbursement rates. Rockport and Brius cited the high cost of recruiting and retaining skilled nursing staff, although the Journal's research has substantiated that a majority of the facilities' expenses are actually shunted back into companies also owned by Rechnitz. The threat to close the facilities and force vulnerable patients to possibly move hundreds of miles to receive care was seen by many, including California State Sen. Mike McGuire, as a callous bargaining tactic meant to force Partnership's hand. McGuire referred to it as "extortion."

Despite public protest, the California Department of Public Health approved plans to close three facilities on Sept. 21, 2016. Janssen Malloy allege that Dewey's discharge was directly related to the closure plans.

"Prior to closing, Eureka [Rehabilitation and Wellness]  is required to give 30 days' prior notice to each resident, perform an appropriate assessment of each resident, and arrange for appropriate future medical care and services," the complaint states. "Plaintiff is informed and believes that defendant Eureka discharged Mr. Dewey in an effort to clear its facility and decrease the onerous requirements for resident transfers."

On Nov. 7, after four months of controversy, Brius announced that "despite the enormous financial difficulty," it would only close one facility and would also establish a charity foundation to directly fund its losses. Seven months later, no such foundation has been established. The California Department of Public Health hit Eureka Rehabilitation with $160,000 in penalties in February for violations related to patient care, penalties that Rockport's spokesperson has vowed to fight. Janssen Malloy has also filed complaints on behalf of two other patients at Eureka and Seaview who died from complications related to bedsores.

"We're just very troubled with what appears to be an incredible lack of care at these local facilities." — Timothy Needham tweet this

"We're just very troubled with what appears to be an incredible lack of care at these local facilities," said Timothy Needham, an attorney at Janssen Malloy. "We would hope that they would change their pattern and practice."

Area 1 Agency on Aging Longterm Care Omsbudsman Suzi Fregeau could not comment on the specifics of this case, but acknowledged that understaffing in skilled nursing facilities can amplify problems with combative or violent patients, as Dewey is described.

"When someone is acting out, when you're so short staffed, you don't have the time or resources to find out why," said Fregeau. "Is he in pain? Is he frustrated? Is he just an angry man?"

Fregeau also said the impacted local housing market may also lead to patients staying in long-term care after they're safe to discharge because they've been unable to pay rent while in care, further taxing the limited staffing.

Dewey's sister, Sherri McKenna, declined to comment at this time. A representative from Brius Healthcare did not respond to an email from the Journal.

— Linda Stansberry is a staff writer with the North Coast Journal. She can be reached at 442-1400, extension 317, or linda@northcoastjournal.com. Follow her on Twitter @LCStansberry.