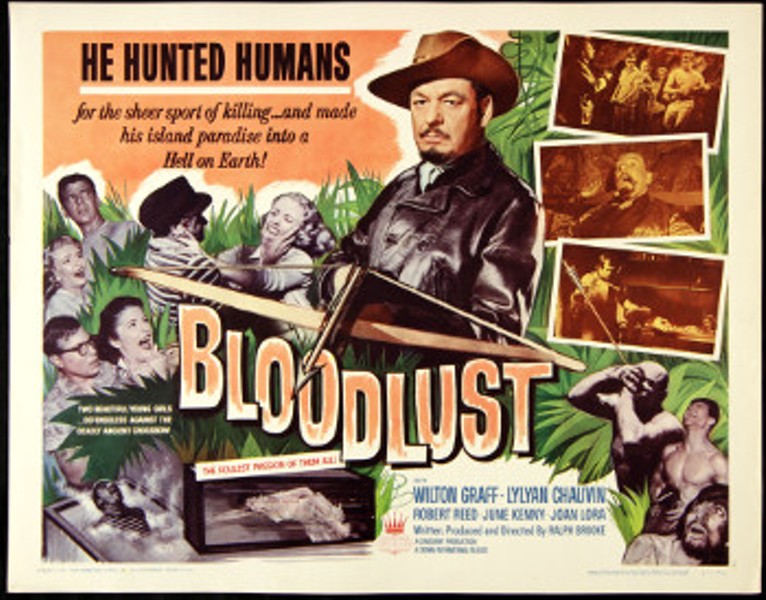 A group of teen-agers vacationing in the tropics take a boat out to a seemingly deserted island. They soon find, however, that the island is inhabited by a wealthy recluse and his staff. While their host is initially hospitable, he quickly reveals his true purpose: to hunt down and kill each of his visitors, as he has done with everyone unlucky enough to set foot on his island. ~ Jean-Marc Rocher, IMDB Based on “The Most Dangerous Game” (short story), this film is about a doctor who hunts humans. In this case, the victims are teenagers who are trapped on an island and must brave the swamps and leeches or end up in glass jars in the doctor’s lab. ~ Rotten Tomatoes