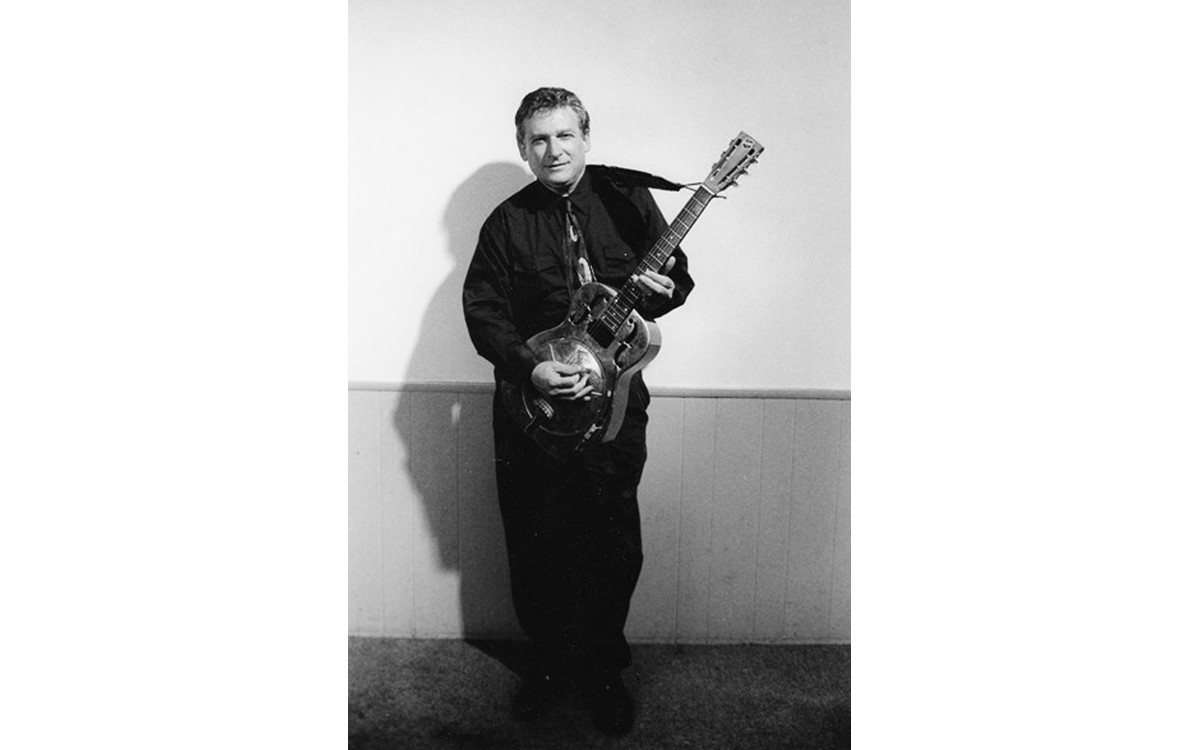 While packing up the Journal's Arcata office in preparation for the move to our spacious new digs in Old Town, someone came across a file box full of old promo photos. A blue Post-it note stuck to the top asked, "Bob -- Keep?" Absolutely. It was packed with music history.

Sorting through the now-archaic ephemera I came across a classic 8 x 10 glossy of Blue Lake bluesman Buddy Brown standing against a wall playing his National steel guitar. It's now going on nine years since Richard "Buddy Brown" Duggins died in his Blue Lake home, but his memory lingers and his nickname lives on in the annual blues festival that took his name.

Headliner for the 10th annual Buddy Brown Blues Festival this Saturday is another Buddy: Ivan Elmo "Buddy" Reed. He dropped off a promo package at the new Journal office with his most recent CD, Livin' It, copies of a couple of certificates, one from the state Senate another from the City of Los Angeles, recognizing his "many years of dedication to America's blues music and the creation of the 'West Coast blues sound,'" along with a semi-gloss print-out of an undated photo of Buddy playing guitar for blues icon Muddy Waters. Raised in the San Bernardino area, Reed got his start playing the blues in the ’60s, recorded a few albums with a band called Bacon Fat and worked backing all sorts of legends from George "Harmonica" Smith and Big Mama Thornton to Little Richard. Since moving to Humboldt a few years back he's continued "livin' it" blueswise, playing raw blues on his guitar, sometimes solo, sometimes with a band he calls The Rip It Ups in honor of Little Richard. His festival-closing set in Blue Lake starts at 5:15 p.m.

Opening the fest at 11 a.m. (kinda early for the blues) is guitarist Errol Previde who used to front a quartet but now mostly plays solo acoustic -- and with great skill -- taking things down to the swampy Delta.

Based in Eureka, Vintage Soul is the area's premier old school rhythm & blues cover band playing mostly familiar dance hits from the ’60s and ’70s, everything from Motown to Southern soul. Guitarist Kevin Danel has assembled a tight combo with two female vocalists Tiffany Brogdon and Samantha Toste extending the versatility. They're proved perfect for the casino circuit (they play at Cher Ae Heights the night before BBBF and the following Friday at Blue Lake Casino). They take the stage at Perigot Park at 12:15.

Secret Club is not totally a secret in that they've played the Buddy Brown fest before. This is a true garage band, one that plays on a regular basis in the same garage in Trinidad that served as rehearsal space for the seminal local reggae outfit Airhead. Current line-up for the Club is secret, but it was once a Replogle family band. (Psst, don't tell anyone else, but they start at 1:30.)

Damon Brooks has played lead guitar backing a wide range of local performers including Donna Landry and Jeff DeMark. He plays the blues fest with own band, Trifecta, starting at 2:45.

Then at 4 p.m. it's rock 'n' blues by Saint John and The Sinners with St. John Hunt on lead guitar, sharing vocal duties with Christina D'Alessandro and harp player Ron Perry. As you may recall, The Sinners were voted Best Band in the Journal's Best of Humboldt readers poll.

Gates open at 10:30 a.m. for the 10th Annual Buddy Brown Blues Festival, presented by the Humboldt Folklife Society at Perigot Park in Blue Lake. Barbeque and local brews are available. Admission is $10, $8 in advance or for HFS members. Kids under 12 free.  Tickets are available at People's Records and The Works. More details at www.humboldtfolklife.org.