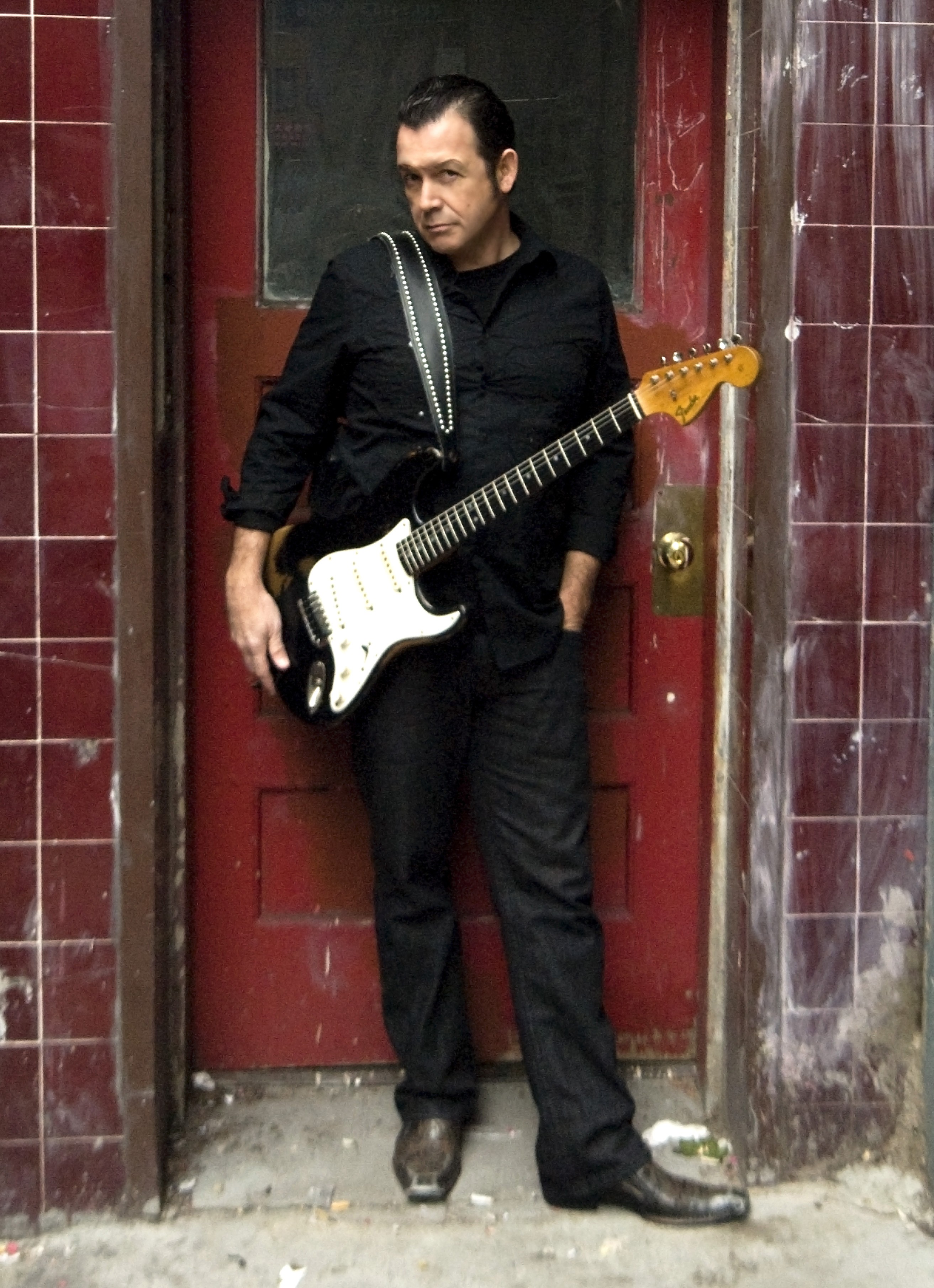 Eureka has been hosting a blues festival on the shore of Humboldt Bay for 15 years now. It's not an easy thing to do, but the hard work of the Redwood Coast Music Festivals organization and the participation of local music lovers makes it happen, time after time. Sets my toe to tappin', just to think of it.

The setting for Blues by the Bay is lovely, the food booths dispense fine foods and treats, there's a fine assortment of crafts, hats, shirts and gifts. But the main attraction is the music -- the blues -- and we're fortunate to have a great lineup -- again. Here's a quick run-down on the roster:

The ladies lead the way Saturday, beginning early, 10:30 a.m., with Laurie Morvan kicking down the doors. The Illinois native who relocated to Los Angeles began recording in 1997 and moved from rock 'n' roll to blues rock inspired by Stevie Ray Vaughan. Her guitar playing is all fire, backed by a scorching band, but her songwriting is central, as is her connection to the audience with the synergy she generates.

The scarf-swinging Kaye Bohler is getting to be a local favorite; she just played the Eureka boardwalk series and sang at BbtB several times in the last few years. This dynamic entertainer can go from blues belter to tender crooner in a flash, and her backup band boasts some of the West Coast's finest musicians, among them guitarist Sammy Varela who played BbtB with Sista Monica.

Deana Bogart is finally getting the recognition she's earned decades ago through consistently engaging, intelligent songwriting, as well as virtuosity on both piano and saxophone. She's become a favorite on the Legendary Rhythm & Blues Cruise and may be the surprise hit of the weekend. Deana will be back on stage later Saturday as part of the Legendary Rhythm & Blues Revue, as "Captain" Tommy Castro pointed out in a recent conversation. "Her live show is what it's all about, dynamic, a pure entertainer without a net. What a show," said Castro.

Then, closing Saturday with some fireworks, Tommy Castro brings his Legendary Rhythm & Blues Revue to the edge of Humboldt Bay. In this case, it's Ms. Bogart and Joe Louis Walker joining Tommy and his red hot band. "The Blues Cruise is the most fun you can have if you're a blues fan, a regular convention," said Castro, and he's looking forward to channeling some of the Cruise excitement for local fans. "You just can't beat a Humboldt County audience," he said, "they seem to be happier, in general, than most people. And I don't mean that in a joking way. They've just come across that way over the years, and it's catching."

Then there's a new wrinkle in the fabric of Blues by the Bay something festival director Glen Maxon describes as, "a jam session to end all jam sessions." Following Saturday's show, a shuttle bus will take blues hounds out to the Blue Lake Casino for a big session hosted by another North Coast regular, guitarist Shane Dwight. Many of the weekend's entertainers are expected to join Dwight onstage in the Sapphire Palace. The shuttle service (cost: $5) has been incorporated for the convenience and safety of festivalgoers, returning all back to the festival site (and their cars) at the end of the evening.

Sunday starts with a joyous sound as the Arcata Interfaith Gospel Choir brings Sunday services to you. The long time local ensemble may save your soul, at least for the time being.

Twice As Good is up next Sunday morning. A Native American, father-son duo from Clear Lake, Rich and Paul Steward play the NorCal festival and blues circuit generating excitement with a powerful stage show incorporating blues, soul and rock. Another potential show-stealer.

The musical stew gets stirred into Louisiana gumbo next with Tom Rigney and Flambeau now Eureka regulars. Rigney leads the way on fiddle with Danny Caron featured on guitar and Carolyn Dahl piano/accordion. You'll be dancing.

Earl Thomas started performing the blues at weekly jams in Arcata while an HSU student in the 1980's. His showmanship and panache have made him a world-famous entertainer, a bona fide blues star with a huge following in Europe. His band, The Blues Ambassadors, with long time guitarist Robert Sidwell and the wonderful bassist Kedar Roy provide a solid foundation for Thomas' vocal gymnastics.

John Nemeth established himself in a hurry. Though he plays a fine harmonica, it's his scattershot vocals that set him apart as a dynamic, compelling performer, as well as his finely crafted songs. He has a deep appreciation of history, incorporating the finest elements of blues and soul tradition into contemporary vignettes of love and loss. While he's never played at Blues By the Bay before, Nemeth says, "I'm really honored to be included. Going over the lineups at this festival over the years, that's some fine company to share, and you hear many good things about this event." Nemeth is bringing a horn section, including Bay Area trombonist and arranger Mike Rinta, and is featuring one really hot young guitarist, A.C. Myles, a truly talented player.

Tower of Power closes out the powerhouse weekend -- don't even thinking about leaving early. With its legendary horn section out front under the leadership of saxophonist/founder Emilio Castillo, the band has maintained a high standard of musical excellence for over 40 years with uncompromising vision and tight, funky craftsmanship. Lead singer Larry Braggs is showcased on their latest release, Great American Soulbook, offering an intensity, passion and subtlety that makes him more than worthy of the TOP vocalist chair. Watch Tower of Power slam the door shut on a rich, delirious weekend.

Maxon notes, "The festival doubled in size last year; we think that this year's bill is strong enough to bring back all those wonderful people." With such a diverse, talented lineup, this exciting music is going to win new fans and delight the faithful, on so many levels.

What: 15th Anniversary Blues by the Bay