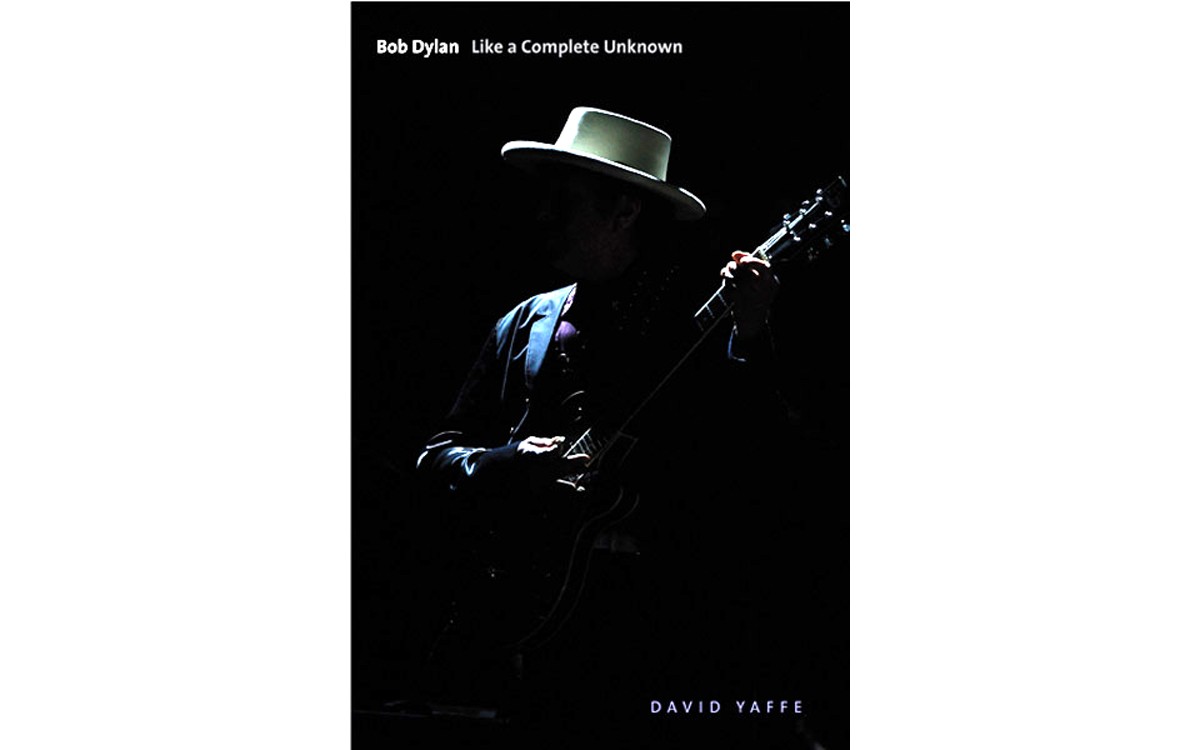 Music critic and professor David Yaffe, who seems to have made a mini career writing about Bob Dylan, has produced a carefully considered and basically fair-minded set of essays that offer some provocative perceptions and stylish writing. He apparently did not interview or even casually speak with Dylan or anyone else. So his insights and thematic narratives are derived from studying the texts: the music, films, books and so on.

This book is in four sections, offering perspectives from four different standpoints. "The Cawing, Derisive Voice" centers on Dylan's singing, "Screen Test" examines movies by and about Dylan, "Not Dark Yet" is about Dylan's relationship to African Americans and their music and "Don't Steal, Don't Lift" is about the complicated questions of Dylan's use of sources: appropriation, inspiration or plagiarism, depending on how you look at it.

The question of plagiarism, made public by Joni Mitchell in 2010, is also discussed in Lewis Hyde's Common As Air. That Dylan's first 70 recorded songs allegedly had clear predecessors and two thirds of the melodies were directly lifted may be (as Dylan said) common to the "folk process." But Yaffe also notes Dylan in his autobiography expressing feelings by using unacknowledged lines from Proust, and he derides Dylan's recent Modern Times album as largely plagiarized, though from public domain sources.

It's a complex subject (all musicians copy each other), as Yaffe affirms. But no matter how many melodies Dylan stole or lines he appropriated, his best songs arrived by grace to express (among other things) a spirit of the times. In his magic years of the '60s even a minor song like "Bob Dylan's 115th Dream" perfectly represented a certain segment of a generation. (The test of Dylan's relationship to sources really will be how he enforces his copyrights when someone copies him.)

Yaffe makes much of Dylan's elusiveness, his Masked and Anonymous "busy being born" changes, but also notes that at 70 Dylan has found a personae and a voice for a part of life few of his generation of stars have managed.

The elegance of this small book is marred by repetitions that are either the product of sloppy editing or have some subtle functions that elude me. Though it's smarter than most Dylanology, in the end the mysteries it explores tend to dissolve when actually listening to Dylan's best, or watching the filmed performances in the Martin Scorsese film, No Direction Home (none of which Scorsese actually shot, Yaffe says). For those of us who don't know him as anything else, Dylan is his inimitable music and his voice -- his "pillar of breath," as Allen Ginsberg said -- and they are like a force of nature. The response is wonder.