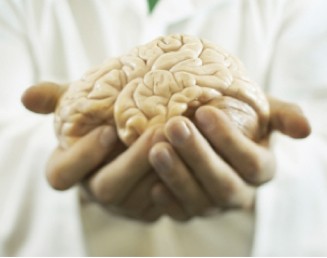 If you're in the business of swapping body parts, I suppose the only time when you're better off being the donor than the recipient is in the case of a brain transplant. With an organ like a heart or liver, you get it from someone who has recently died or perhaps, in the case of a kidney, a living donor who can manage on just one. But in a theme explored from time to time by science fiction writers, your brain -- personality, memories, habits, the who caboodle you think of as "you" -- acquires a new lease on life by being transplanted into someone else's body (who, we trust, has no further interest in the proceedings). The situation becomes more interesting when "you" outlive your surrogate body, and you move into a third one -- ad infinitum. Forget Heaven or omega-3 or other approaches to avoid or delay death. This is science's answer to eternal life: swapping your mindstuff, the "real you," into a brand new container as needed.

Putting practical considerations aside (see photo caption), what would it be like for a brain to find itself in a strange body? Who would "you" be with a different face, a different set of limbs? A different gender or generation? When this happens in fantasy books and movies (and at least two episodes of Star Trek), the protagonists seem to take it in stride. In the recent movie Source Code, for instance, when Captain Colter Stevens -- who died two months previously in a helicopter crash in Afghanistan -- wakes up on a Metra commuter train heading into downtown Chicago, he doesn't realize that he's in someone else's body until he looks in the mirror. But c'mon! My body isn't simply a passive box for my consciousness and personality to inhabit, my body is me. From the sensual tap-tap-tap of these fingers on this keyboard, to the satisfying stride walking down 2nd Street to the library at a steady 116 paces per block, to the drowsy embrace between this frame and my wife's at two in the morning, my body doesn't just define me, it's part and parcel of the "me" package. (Actually, rehousing a mind is one of the milder absurdities of this nutty movie.)

In his cyberpunk-noir novel Altered Carbon, author Richard Morgan addresses the problem of new-body/old-mind identity crisis: It's all in the training. Members of the elite corps of Envoys are taught not only to wake up in new bodies without skipping a beat, but to do so on different planets yet, with different gravities and atmospheres. The trick here is that an Envoy's "stack" of personality and memories is stored in the cloud, as it were, regularly updated, and ready to be resleeved (!) into a new body as the need arises. In a nice touch, our protagonist has to deal with the fact that his previous "sleeve" smoked, and finds himself unconsciously lighting up. The advantage of simply injecting a "mind" into a blank (?) brain, of course, is that it avoids all that messy gross-out stuff in the O.R. ("Um, anyone know if this nerve goes to the pinky or ring finger?")

Still, we can dream. If, like me, you harbor dreams of humanity spreading throughout the galaxy, wouldn't it be so much easier to project ourselves at light speed to a distant world, to be reformulated using locally available materials, than actually going there? Saves on dilithium crystals, too.

Barry Evans (barryevans9@yahoo.com) plans to stick with the basic "one body, one mind" model for now.