Breaking the Rule of Three

In triplicate, ghouls, musketeers and dimensions all disappoint 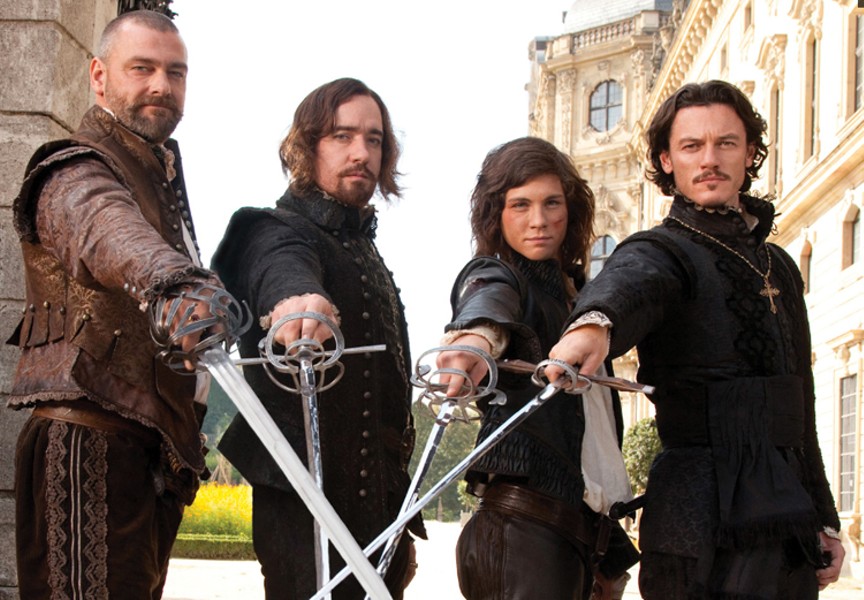 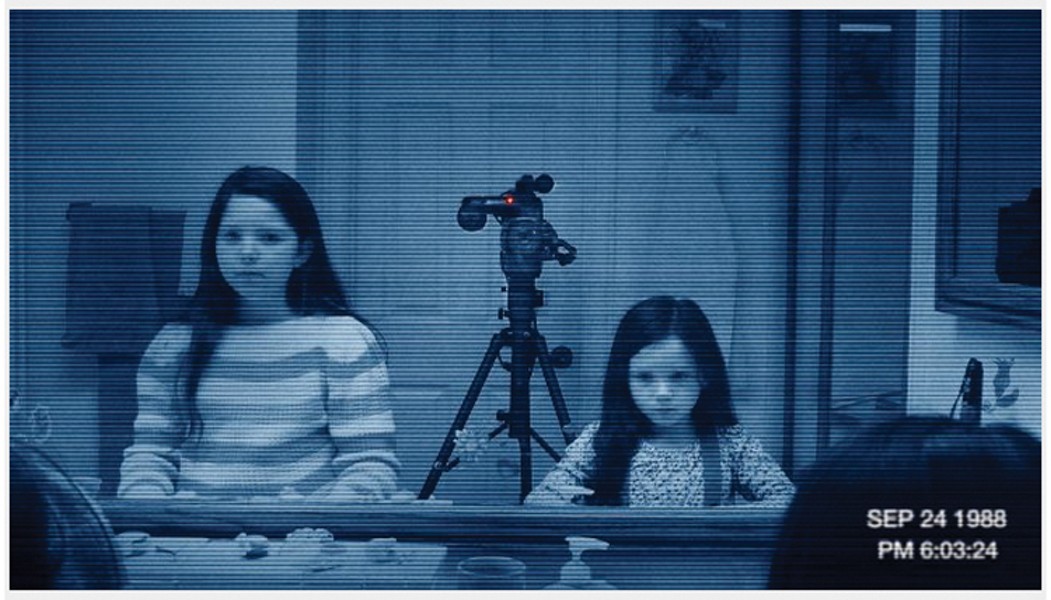 PARANORMAL ACTIVITY 3. High hopes ruin suspense films, every time. You psyche yourself up only to be let down because your expectations were so much higher than any film could deliver. Paranormal Activity 3 expands on this theory, proving that even moderate expectations can be dashed by sub-par suspense. As with the first two films in the trilogy (and experience has taught us that it won’t stop at three), the shock doesn’t live up to the hype. This installment surpasses the others in terms of plot, continuity and intrigue. But the bar was set so low it was fairly easy.

With a hand-held, home-movie style that apparently hasn’t run its course in the dozen years since The Blair Witch Project, the film attempts to evoke suspense and tension by putting you in the middle of the action. There are glaring faults to this plan, and together they bring down the film. You can only sit through so much tension before you just give up. There’s a balance to be found between suspense and action, and the Paranormal series has yet to find that balance. All of the action fits nicely into the three-minute trailer, but it packs less of a punch when spread across an hour and a half.

The first hour is unbearably slow and completely unnecessary. A massive amount of time is devoted to substantiating that there is actually paranormal activity in the house. A note to the filmmakers: You don’t have to sell us on that; we gathered that much from the title. As for the characters establishing a belief in the haunting, that’s a level of integrity not really required by the horror genre. It doesn’t have to be believable; it just has to make us scream.

There are two redeeming elements to the film: the children. Tossing kids into the mix taps into a layer of fear we’ve all been repressing since childhood. Jessica Tyler Brown (Kristi) and Chloe Csengery (Katie) were startlingly impressive, reaching a level of realism well beyond their years. They alone were able to evoke fear, and the film would have fallen completely flat without them. Rated R for violence and some scary. 84m. At the Broadway, Fortuna, the Minor and Mill Creek.

THE THREE MUSKETEERS. To fully explain the train wreck of The Three Musketeers, I'll have to take a crack at defining the genre. “Quasi-historical, cleavage-filled, steampunk-influenced, family heist film” seems to encompass all of the absurd characteristics of Paul W. S. Anderson’s new film. What the story lacks in originality and appeal it attempts to compensate for in unnecessary special effects, bizarre affectations and thin historical references. If you venture into the theater with the slightest hope for a nostalgic redux of Alexandre Dumas' classic French story, those hopes will be dashed before the end of the opening credits.

The target demographic is as pathetically muddled as the genre; it reaches for a central audience of children but hedges its bets by tossing in a scantily clad Milla Jovovich for Dad and a full range of hunky yet sensitively fragile men for Mom. The appeal for adults ends there.

The film offers layer upon layer of flimsy subplots, poorly orchestrated twists and cloying (oh God, so cloying) love stories. It could have been an exhilarating exhibit of rapier wit and, well … rapiers, but it's hard to see any charm through the cloud of anachronistic flying machines equipped with steampunk flame throwers, and the time-sliced (see: The Matrix) action sequences. These distracting elements are examples of the current push toward 3D as a replacement for plot. You get the feeling the 3D concept came first and the plundering of the public domain story came way later.

Athos (Matthew Macfadyen), Porthos (Ray Stevenson) and Aramis (Luke Evans) are bland but tolerable. The same cannot be said for the the remaining cast. Logan Lerman (Percy Jackson & the Olympians: The Lightning Thief) plays the young D'Artagnan with spunk and impudence but seems to have a hard time remembering he's in a period piece (in the loosest sense of the term). Orlando Bloom and Milla Jovovich are outlandish and melodramatic, and Christopher Waltz (Inglourious Basterds) struggles to hide his Austrian accent, resulting in something between Russian and Scottish.

If you’re truly unable to resist your cravings for sword-wielding Frenchmen, may I suggest revisiting the Man in the Iron Mask or (has it really come to this?) the 1993 Disney version of Musketeers starring Charlie Sheen and Keifer Sutherland. Rated PG-13 for adventure-y stuff. 111m. At the Broadway, Fortuna and Mill Creek.

PUSS IN BOOTS. 2010's Shrek: The Final Chapter may have been the financial behemoth series' swan song, but by golly there's still money to be made on these characters. So Antonio Banderas has stepped up to reprise his vocal-only role as the swashbuckling Puss in Boots. The film provides Puss's backstory -- long before he met Shrek -- when he is called upon to save his town with the help of Kitty Softpaws (Selma Hayak) and Humpty Dumpty (Zach Galifianakis). Rated PG. 90m. At the Broadway, Fortuna, the Minor and Mill Creek.

IN TIME. Justin Timberlake steps into some action hero shoes. In a world where time is literally money -- meaning the wealthy live forever while the poor have to beg, borrow and steal to afford the minutes to make it through another day -- JT is accused of murder and must find a way to clear his name, while maybe simultaneously bringing down the entire system. Directed by Andrew Niccol (Gattaca, The Truman Show, Simone (S1m0ne)). Rated PG-13 for action, language, sensuality. 110m. At the Broadway, Fortuna and Mill Creek.

THE RUM DIARY. Do you love Hunter S. Thompson as much as Johnny Depp does? Based on the Gonzo one's debut novel, Depp plays writer Paul Kemp, who takes a job at a Puerto Rican newspaper where he soaks up the sun, becomes obsessed with a girl and does his best to destroy the dreams of the bastards who would turn the island into a capitalist paradise.  Rated R. 122m. At the Broadway, Fortuna, the Minor and Mill Creek.

On Tuesday, the Humboldt County library begins its celebration of Native American heritage month by screening Tell Them Willie Boy is Here (1969), based on the true story of a Paiute indian and his run-in with the law in 1909 in Banning, Calif.

BIG YEAR. Birdwatchers Owen Wilson, Steve Martin and Jack Black compete to spot the most birds in North America in a single year. Rated PG. 100m. At the Broadway.

COURAGEOUS. Four men, one calling: To serve and protect. Rated PG-13. 130m. At the Broadway.

DOLPHIN TALE. True story of an injured dolphin saved by a prosthetic tail so that she could star in a ridiculously adorable movie. PG. 113m. At the Broadway.

THE MIGHTY MACS. Think Hoosiers, but with a tiny all-girls Catholic college -- and not as entertaining. Rated G. 98m. At the Broadway.

MONEYBALL. When assembling your baseball team, don't go with your gut. PG-13. 133m. At the Broadway.