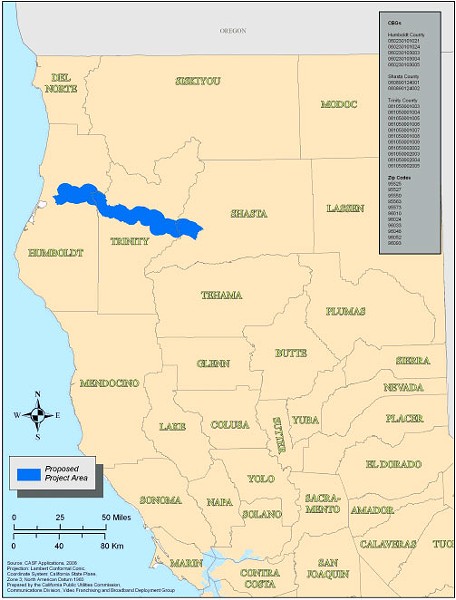 Broadband behind the redwood curtain: is it in our future? 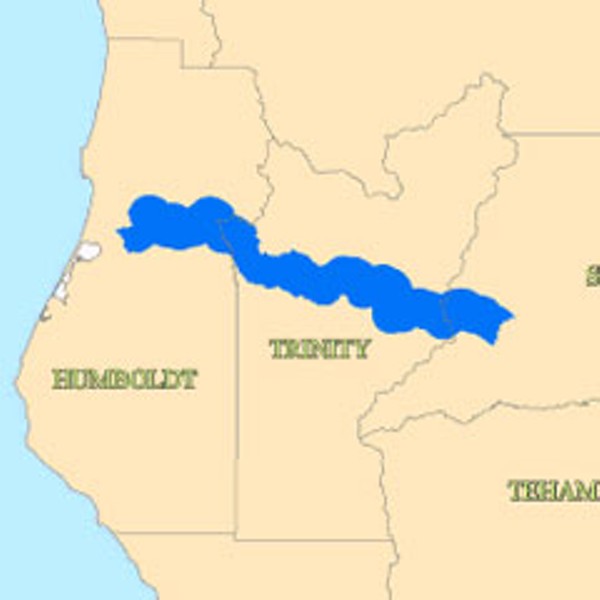 When it comes to bringing our rural nooks and crannies into the 21st Century -- or, heck, late-20th would do -- it may seem like little to no progress is being made. But it totally is. That was the reassuring message delivered this week at the first in a series of seminars from the Redwood Technology Consortium. Recently minted County Supervisors Clif Clendenen and Mark Lovelace were among the dignitaries and tech-heads who absorbed the latest in broadband news while gnoshing Alfredo noodles and chicken breasts in the Plaza Grill View Room Monday afternoon.

The main attraction, for most in attendance, was getting the lowdown from one Michael Brinskele, CEO and founder of a company called Broadband Associates, the latest and, debatably, greatest hope for local broadband redundancy. A couple weeks back, the Sacramento-area company nabbed approval for $7.8 million in state funding courtesy of the California Advanced Services Fund. The plan -- to install a second fiber optic line between Redding and Eureka along Hwy. 299 -- depends on Broadband Associates' ability to raise another $11.7 mil (60 percent of the project's total cost) on its own.

Brinskele, a tanned executive type in a sport coat and dress shirt sans tie, described his company as "a team of pioneers" who see this project as an opportunity "to not only solve numerous problems with a single project, but also, uh, I gotta admit," he said, "it helps get us on the map." Broadband Associates is partnering with Velocity Technology, a Weaverville-based wireless Internet service provider (WISP) co-operative, to line up paying customers, including major carriers like the county Office of Education as well as a subscriber network to benefit folks out in the boonies. The best-case-scenario timeline would have construction begin in the summer, with project completion by the first fiscal quarter of next year.

Brinskele was careful not to make any promises. "You don't see us in the newspaper saying, 'It's all gonna happen' and 'We're so excited' and 'Next year we're all gonna be dancing in the streets,'" he said. "But we're on our way and we've got momentum and we're very focused and positive about this."

Q & A time brought out a couple skeptics. Mike Ireton, the goateed, frizzy-haired, tie-die-wearing CEO of Willits Online, questioned the fiscal wisdom of the project as well as the purity of Brinskele's motives. Is this really for the benefit of Cletis and Irma Dial-up out in Burnt Ranch, or just an opportunity to stick a greedy paw in the public honey pot? "I happen to be a wireless ISP and I looked at your project, too," Ireton said. "I have come to the irrefutable determination that your project benefits primarily carriers ... and not the end users." It would be much cheaper, he said, to use microwave technology -- the kind that, oh, say, a wireless ISP might provide.

"[Y]ou're entitled to your opinion," Brinskele responded calmly. "I didn't make the rules. I was looking at this as a business opportunity."

"Right," Ireton jeered. "Getting the government to line your pockets is always a good business expenditure."

The microphone was promptly seized by diplomatic hands and given over to more welcoming and grateful inquisitors. Brinskele wrapped up his comments with a request for assistance. "We need your help," he said. "If you believe you can contribute to the success of this project, we want to hear from you. We really want to encourage, sincerely, members of the local communities who believe they have something to contribute to this project to contact us as soon as possible." Seriously. (Here's the e-mail address: info@broadbandassoc.com.)

Even if this particular project doesn't go through, local leaders are making big strides in assessing the demand for and availability of broadband on the North Coast. Kathy Moxon, director of Redwood Coast Rural Action, said a special report detailing those and related factors is nearly ready for release and should help us get "more than our share of the [federal] economic stimulus package." For a preview of the information, including a bunch of really nifty maps, visit redwoodcoastconnect.humboldt.edu.