A benefit with heart, plus Solitary Men, High on Fire and minestrone 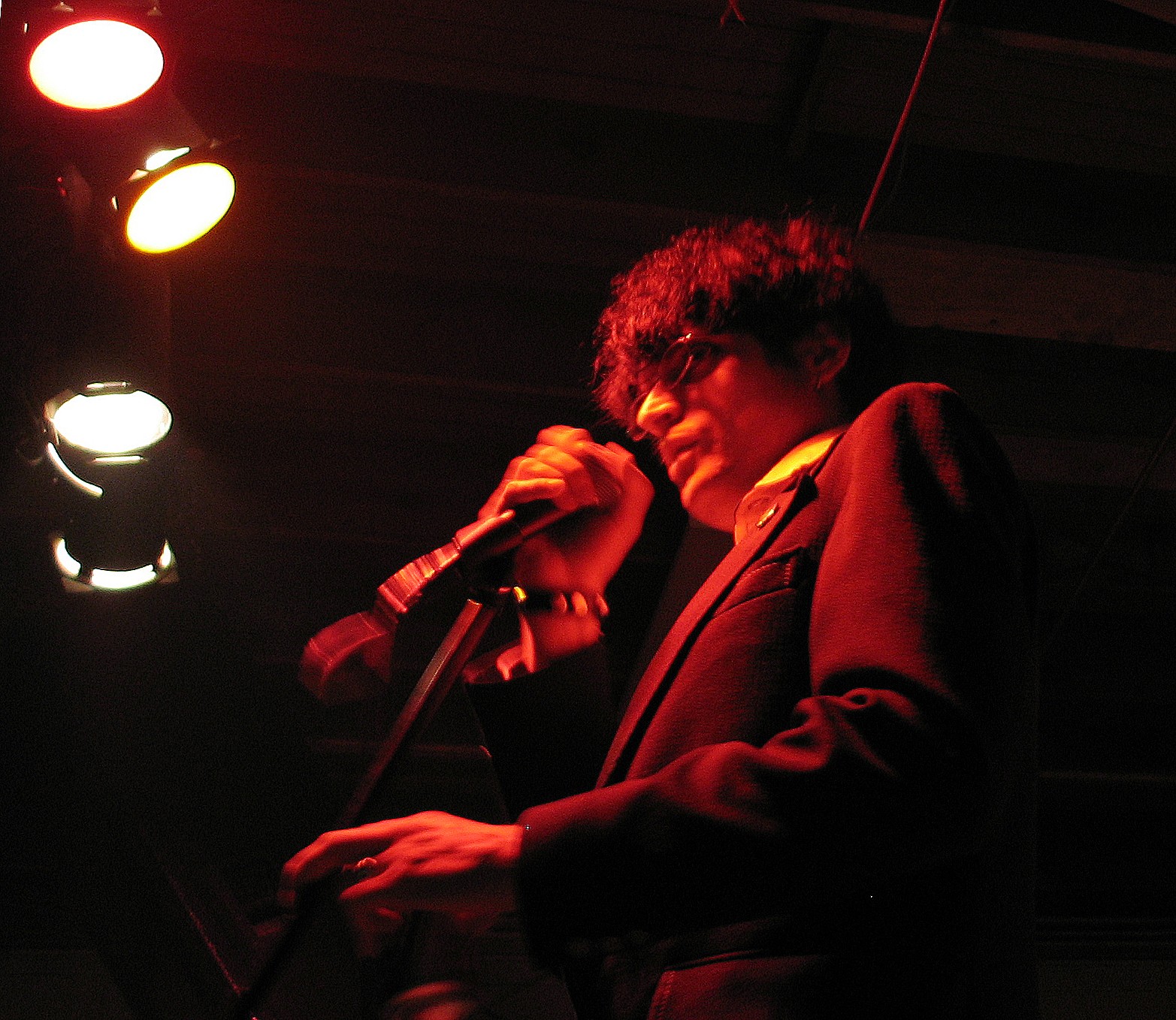 Jesse Pearson and his friend John McManus started The Buffy Swayze nine years ago as a two-piece with preprogrammed beats from cheesy synths providing the beat. Their best known song is probably "Rock Star," the unofficial theme for Jensen Rufe's documentary on the local scene circa 2005, Rural Rock & Roll. By that time Buffy was a quartet, with Little Jimmy Forbes on bass and Ray Johnson behind the drums. Despite the song title, they were anything but rock stars -- they were friends making music for friends.

Eventually Ray moved to Portland and Buffy went on hiatus. Now for the first time in three years, the band is reuniting (sans Ray). As Jesse put it, "Just me, John and James, the original format with the drum machine." They share a bill with God Particles (featuring members of The Great Salvation and The Zac Institute) and DJ Zephyr doing a special all ages benefit show at The Accident Gallery on Friday, May 7.

The benefit is personal. Jesse's wife, Jessica, has some sort of heart problem and various tests and lab fees are breaking the bank. It's a textbook example of the failings of our health insurance system. As Jesse explained, "We don't have any insurance, and I don't mind going into debt, but for some of the tests they want money up front." The proverbial pre-existing condition means there's no way to get insurance now. What's left but to persevere, stand tall, try not to despair, have a party. As Jesse sings in "Rock Star": "No, they cannot shoot you down. They don't know you at all. No, they cannot shoot you down, when you're 10-feet tall."

They're asking for a $5 donation at the door, but give more if you've got it. Can't make it that night? There's another fundraiser on June 19 at the Alibi.

Tired of ’80s nights? Step back another decade as the Six Rivers Planned Parenthood Young Professionals Group presents, Sounds from the Lounge, a ’70s themed party Saturday at Nocturnum. They'll have disco balls, lava lamps, Itchy Fingaz spinning appropriate tunes and live art by Donovan Clark and Sam Kirby (not something that was done in the ’70s BTW). The main attraction is The Solitary Men, an allegedly dead serious Neil Diamond tribute band featuring Bret Bailey, Clinton Smith and Jorden Goodspeed from The Common Vice, Andy Powell of Strix Vega and Ryan McGonagle from God Particles (among many other bands). I guess I can imagine Bret belting out "Girl, You'll Be a Woman Soon," or my fave from Neil, "Red, Red Wine."

By now you've heard about the incident in the Ukrainian parliament with the smoke bombs, eggs, etc. (if not, see YouTube). Something vaguely similar happened at a recent gig by local comic-rock band Peeping Thomas. The band reports, "Last show got ruined by an over zealous stinkbomber. He completely cleared the place out during DJ Red's set. The next day he felt so bad he offered us $1,000 to re-stage the show. True story. He gave us the $1,000 a few days ago -- so it's on! Free show [at Humboldt Brews Friday] courtesy of the mad stinkbomber. Peeping Thomas, Samba na Chuva, DJ Red all for free. Hope to see you there!!!"

As noted in the piece on Friday's KHSU Mini-Jazz Fest at the Graves (see Calendar section), straight-ahead jazz shows are few and far between in local clubs. But there are always exceptions: Friday at Six Rivers Brewery (unfortunately the same night as the Graves show) The Jason Parker Quartet rolls into town. Parker is a Miles Davis-inspired trumpet player, "makin' it happen, livin' the dream, payin' the bills," as he puts it, in Seattle and now taking his show on the road.

Then there's Mike Kapitan's not so straight-ahead Miles Ahead project, doing the Miles thing for years now with a rotating line-up. They play a benefit for the MARZ Project Saturday at the Red Fox, with Kyle Stasse aka DJ Knutz (another man from MARZ) spinning discs to open.

Kyle is also the man behind Just ‘Cause, which is presenting the Fuzion 2010 Tour with jazzy reggae stalwarts Groundation and the excellently funky L.A. band Orgone at the Arcata Theatre Lounge on Wednesday, May 5 (the day this paper hits the street). DJ Knutz opens that one too.

World Famous Productions offers another blast of electro-whatever Friday at Arcata Theatre Lounge with Eskmo and E Prom from S.F., Ras G from L.A. and Tokimonsta (aka Jennifer Lee) from the South Bay.

Stoner rock fans are psyched about the show on Friday at Nocturnum with the super heavy High On Fire up from Oakland, getting ready for a Euro tour alongside Metallica. We checked in with Matt and his friend Jeff at Missing Link Records (local stoner rock headquarters) for details on the support acts: We're told Canadian band Priestess has a new "poppy biker metal" record, Prior to the Fire, another Canuck band, Bison B.C. plays "cruzin' stoner metal," and Black Cobra is from S.F. and is also "super heavy."

Mo' metal? Fall the Giants is at the Alibi Saturday with Bellingham's Dog Shredder, a technical metal trio. Monday Budget Rock night May 10, at the Jambalaya has Ninth Moon Black, an ambient metal band from Eugene, plus psyche-metal by Blckwvs from Germany with DJ Hefe and DJ nHate.

For shredding of a quite different sort -- acoustic and calmer -- hit the Farmers Market Saturday on the Arcata Plaza and give a listen to Absynth Quintet.

Meanwhile in Reggaeville: Jah Sun and the We a Dem Band play Friday at the Jambalaya with DJ Ivier opening. Ishi Dube's at the Pearl Saturday, same time Pato Banton offers his "n-i-c-e-n-e-s-s" at Arcata Theatre Lounge with JUCE.

Reggae Rising finally announced a tentative line-up for Aug. 6, 7 and 8 including "the First Lady of Dancehall" Lady Saw, Third World, Judy Mowatt, Ky-Mani Marley, The Mighty Diamonds and The Melodians, there to sing "Rivers of Babylon." But first RR proprietor Tom Dimmick has to get the Planning Commission to sign off on his permit (hearing in early June). Meanwhile the Mateel's Reggae on the River has expanded to two days (July 17 and 18) with a line-up including Sly and Robbie, Don Carlos, Sister Carol and the awesome Antibalas Afrobeat Orchestra.

Same Tuesday, Italian-born fingerstyle guitarist Peppino D'Agostino plays something he calls "minestrone" music at the Arcata Playhouse. He explained on a previous Arcata visit that it's a musical soup with many flavors. "I think that you are what you eat in a way and I listen to a lot of styles, so when I write, people might point out a calypso rhythm with an Italian melody, but it just comes to me that way -- like minestrone. It's like my mother when she cooks. She's fast and it's almost like she's not thinking. Her hands just grab the stuff and put it in the pot -- it's like second nature to her. For me, because of what I've listened to all my life, the music comes out with an international flavor. Frankly, I'm happy about this because I believe that there's beauty in all kinds of music."