Some weed companies are canning cannabis 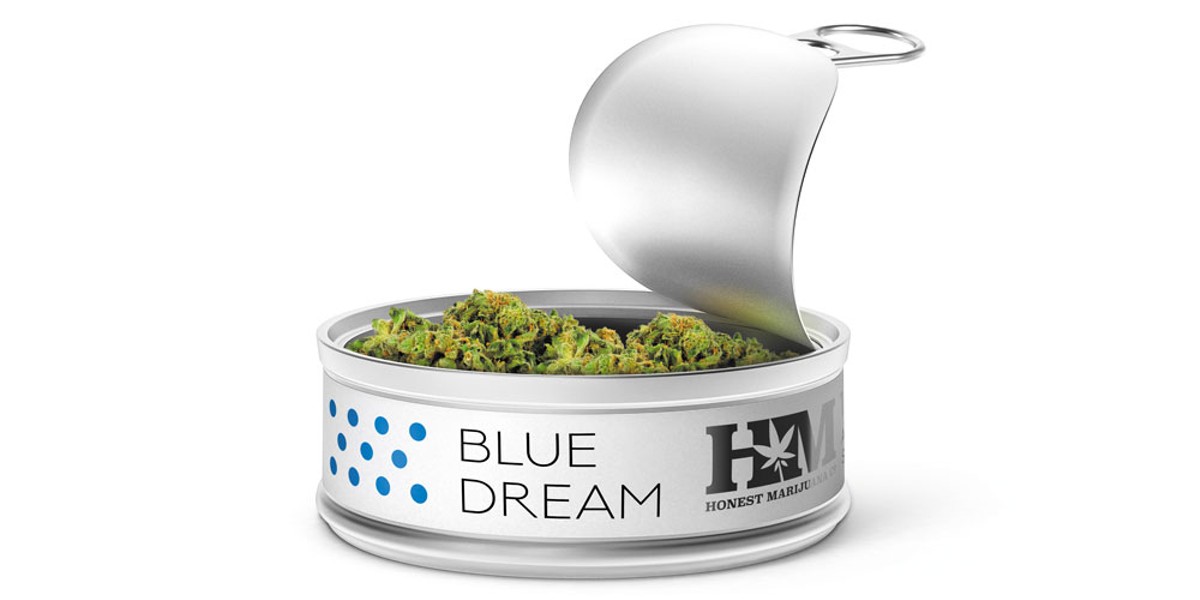 Forget those dime bags, film canisters and jelly jars: The future of nug storage might look more like cat food. Two companies – one in Colorado and another here in Humboldt – are embracing the potential of the humble tin can to store their product.

It's no secret that the cannabis industry can be waste-intensive. Although regulatory oversight is beginning to address issues with illegal grading and water use, less attention is given to the sheer amount of trash that can be generated by the average operation, from unrecyclable soil bags (See "Growing a Greener Bud," July 30, 2015.) to the food packaging from all those Costco runs. The consumer end of the product tends to receive less scrutiny, but goodness knows all those baggies, broken bongs and empty jars of frosting must add up.

Enter Honest Marijuana Co., based in Oak Creek, Colorado. Its tiny tin cans look, well, a lot like cat food, with resealable pull-tops. Nitrogen is used to package the buds, much like bulk coffee.

"This environmentally-sound packaging allows for the product to stay in its purest form and not be deteriorated by light, oxygen or residual humidity," says Shannah Henderson, the company's public relations representative. "The tin cans are also inert to temperature fluctuations, meaning that they don't secrete any chemical compounds that will kill the fresh aroma of the cannabis terpenes. The cans preserve the cannabis flowers for years."

Oh, and before you ask, the Honest Marijuana Co. is not related to the Honest Company started by Jessica Alba, that of the unbleached linen aesthetic and organic dish towels. But it does seem to be drawing on the same consumer thirst for general wholesomeness, touting its organic, chemical-free product. They also recently rolled out a line of tobacco-free organic blunts, which are wrapped in hemp or sugar leaf.

Not to be outdone, scrappy local True Humboldt is also getting on the container game. The company's pre-rolled joints come in five-to-a-pack cardboard boxes much like traditional cigarettes, albeit emblazoned with the company's trippy geometric design (See "More Swag, Less Schwag," Jan. 14, 2016). The company is also moving away from Mylar bags and canning its own buds in small cans that resemble chewing tobacco tins.

Dillon, who also heads the Humboldt Sun Grower's Guild, recently added his name to an open letter published on the Southern Humboldt news site Redheaded Blackbelt, encouraging growers to step up and submit applications for commercial cannabis cultivation by the end of the year. The letter, brought forward by the Humboldt Cannabis Council, warns growers, "If you're not at the table, you're on the menu." Growers who have not registered may be hit with fines for non-compliance once the county begins its environmental impact report process. The letter included a map of green dots – farms that have registered across Humboldt County.

Dillon says sustainability and best practices will ultimately have to be enforced by regulatory entities such as the North Coast Water Quality Board or Fish and Wildlife. Bureaucrats with Google Earth, he says, have taken the place of helicopters and convoys. In the meantime, consumers popping the top of one of True Humboldt's tins might have to trust the outside to honestly reflect the eco-friendly promises of what's inside.