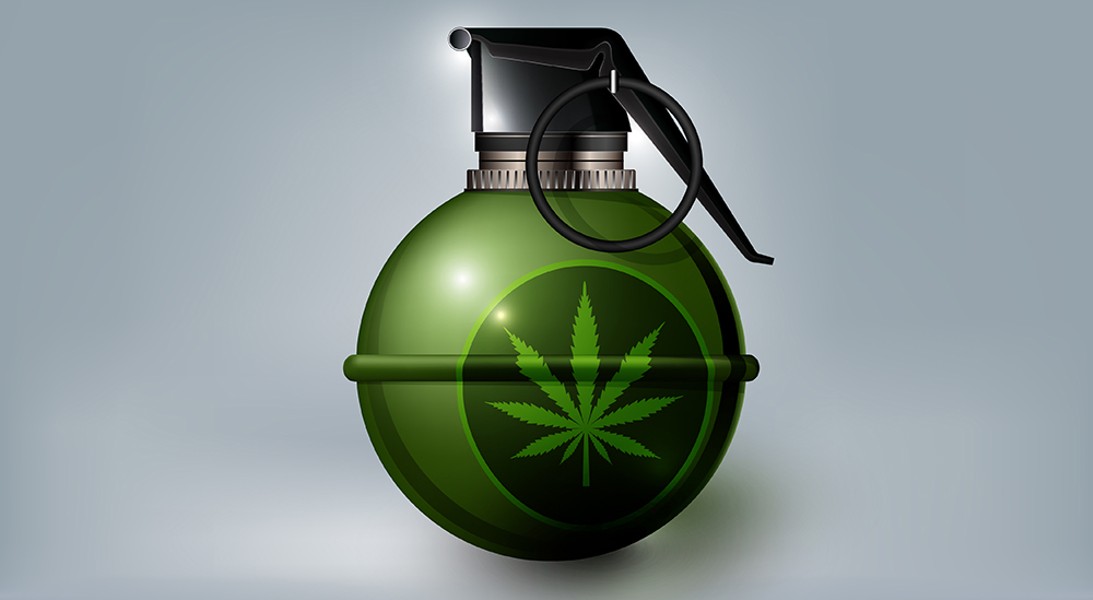 This Trump-Ukraine scandal has tendrils stretching all over the place. You may have missed it — what, with the president not only openly admitting on television to soliciting foreign help, in his re-election campaign but then doubling down by asking again for said help, and near daily revelations from the House impeachment inquiry that there appears to have been both plenty of quid and plenty of quo behind that phone call with Zelensky — but the scandal reaches all the way to California's cannabis industry.

By now, you've probably read about the four men with ties to Trump's personal attorney Rudy Guiliani who were indicted on charges they'd violated federal campaign finance laws. But what you may have missed is that one of them — Andrey Kukushkin — is one of California's largest cannabis investors and was indicted on charges that he funneled campaign contributions from foreign donors to a handful of politicians in multiple states in order to get them to approve retail cannabis license applications. It's a variation of the same scheme the four men — Kukushkin, Lev Parnas, Igor Fruman and David Correia — are alleged to have used to funnel foreign money through a corporation, Global Energy Producers, to U.S. Rep. Pete Sessions in exchange for his help facilitating the ouster of the U.S. ambassador to Ukraine. (The shell corporation also allegedly funneled $325,000 to the pro-Trump America First action committee.) The men have all pleaded not guilty to conspiracy and campaign finance charges.

But the revelation about Kukushkin's involvement has reverberated through California's cannabis industry, as the Ukraine-born U.S. citizen reportedly has 11 cultivation and manufacturing licenses in California related to the company Trava Group LLC, according to a report by CannaBiz Media. He also reportedly has some control in Oasis Venture, Legacy Botanical Co. and Venture Rebel Inc., all cannabis companies. In Sacramento, the 46 year old reportedly holds stakes in 11 cannabis businesses, including a dispensary, a delivery service, a cultivation facility and two consulting companies, according to the Sacramento Bee.

And these revelations have led, in part, to an FBI investigation into whether cannabis business owners in Sacramento have bribed local officials in exchange for licenses or other favorable treatment. Meanwhile, Mayor Darrell Steinberg has called for an audit of the city's licensing program and the state of California has pledged to do its own review.

These probes follow an investigative report by the Sacramento Bee, which found that "the city's lax oversight has allowed the pot industry to consolidate far beyond what elected officials imagined" and that while "city regulations require shop owners to surrender their permits if they want to exit the business and require a public lottery for transferring the licenses ... the city has never held one." One man, the Bee found, owns eight of the city's 30 dispensaries.

So just as the House impeachment inquiry is seemingly sprawling, with new revelations and hints of wrongdoing at every turn, multiple investigations into California's burgeoning cannabis industry are gaining a foothold. For a highly competitive business that's rife with cash, that's probably enough to make a lot of people nervous right about now.

While few but the most dyed-in-the-wool always-Trumpers probably doubted the sincerity of former National Security Advisory John Bolton when he reportedly referred to Giuliani as a "hand grenade who is going to blow everybody up," few probably thought the blast zone would extend all the way to California cannabis. It also kind of casts Bolton's reported comment about "cooking up" a "drug deal" in a whole new light, too, huh?