Can We All Get Along? 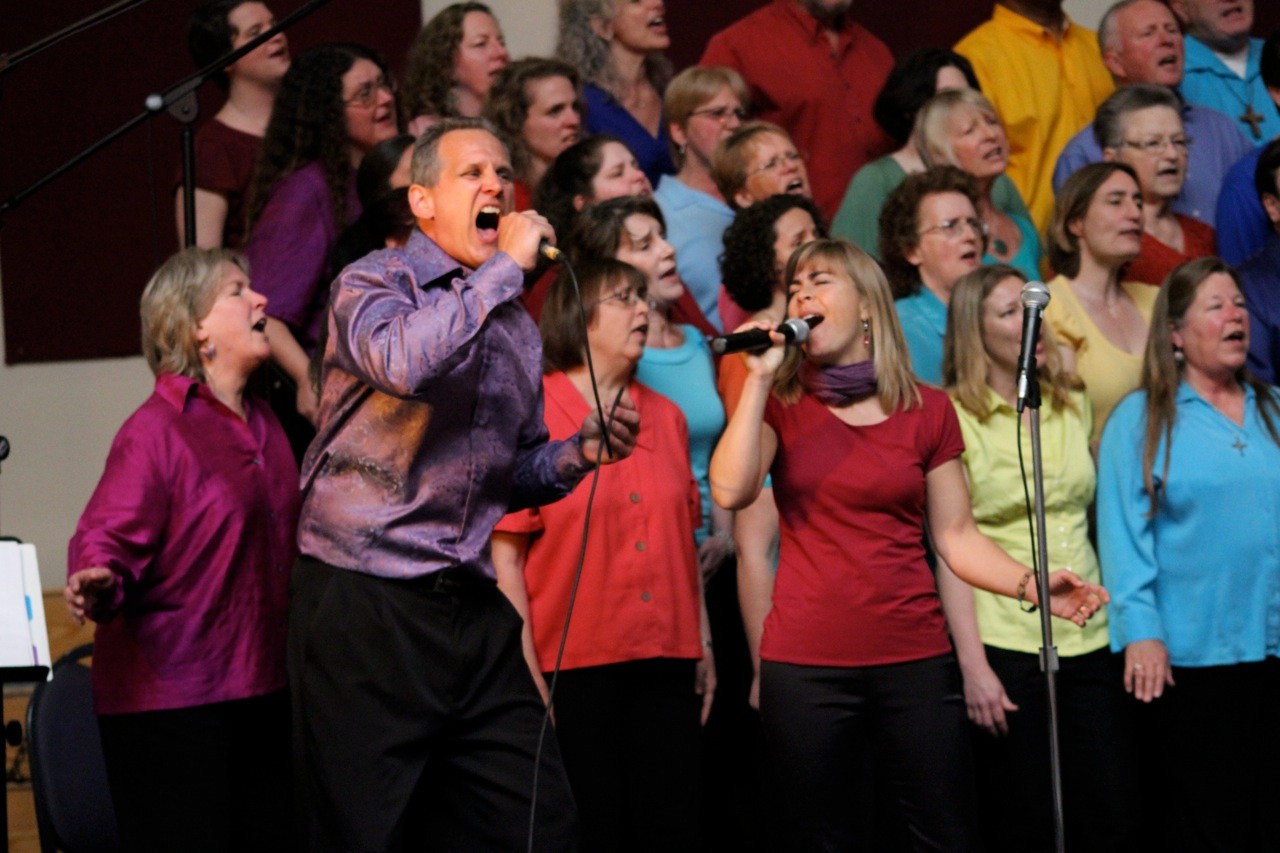 South Central Los Angeles was set ablaze in the spring of 1992 after a jury acquitted a group of police officers charged with beating a black man, Rodney King. As riots rocked the city, King famously asked, "Can we all get along?"

In early May of that year, with L.A. still smoldering, Terrence Kelly and the Oakland Interfaith Gospel Choir came to Arcata for a Saturday night concert on campus. The multiracial, multidenominational group was living proof that we can get along - and sing in glorious harmony.

The next morning the local community gathered for a prayer breakfast honoring the singers from Oakland. The choir sang again, others were inspired and joined in, and it was resolved: There would be a Humboldt version of the interfaith choir. Founding choir member Halimah Collingwood recalls, "There was such a feeling of camaraderie and connection, it was so uplifting and soulful that a group of us needed to carry it on." Twenty years and many members later, the Arcata Interfaith Gospel Choir is still going strong.

Annette Makino, who joined the AIGC a few years ago, explains the group is "based on the belief that music is one way to overcome the divisions of race, religion and other identities that can separate us. Members range in age from 17 to 70, and they include Unitarians, Pentecostals, Buddhists, Jews, Pagans, atheists and many more variations."

Those "variations" are important to many, like Jimmy Moore who sees the choir as "an outlet to praise God in a way that I want to [without] doctrinal arguments, because everyone gets to believe whatever they want and that's OK."

Says Makino, "We sing with the understanding that there are many paths up the same mountain, and spirit moves through us all. From the smiling, clapping, dancing, and sometimes tears we see among the people in the audience, it's clear they feel it too."

Ask a dozen choir members why they joined and you'll get a dozen different answers with common themes. Some heard the music and felt like they were caught in a great wave or a mighty wind -- they needed to be part of the sound -- and the associated community. "Being a member of AIGC has probably done more towards my feeling a part of the Humboldt community than anything else, and it provides me with a way to help serve the community," says Jeff Thomas. " No matter how my week is going, I know that I can look forward to meeting with 60 or so loved ones on Thursday nights, and creating something beautiful with them."

Can we all get along? We can. Beautifully.

You'll hear that beauty this Sunday when the Arcata Interfaith Gospel Choir presents the 21st annual Community Prayer Breakfast and Gospel Concert. Continental breakfast starts at 9 a.m. music at 10 a.m. on Sunday, May 6, at the Arcata Community Center, 321 Dr. Martin Luther King Jr. Parkway, with the Arcata Interfaith Gospel Choir joined by a special guest, the soulful vocalist Joyce Hough with her husband Fred Neighbor on guitar, with a set by the AIG Youth Choir. Tickets are $15, $12 for students and seniors, children under 5 free. Bring extra cash for the silent auction and Dutch raffle. Call 822-4444 for further details.