Can We Ban Assault Guns?

California and the nation consider new laws, despite tough going for older ones

Slideshow Can We Ban Assault Guns? 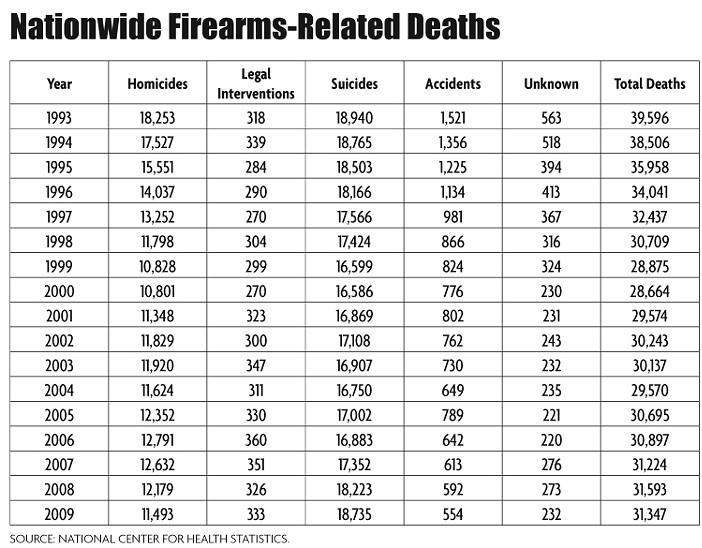 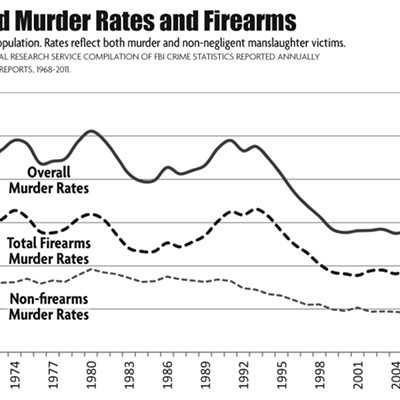 Can We Ban Assault Guns?
Click to View 3 slides

In Sacramento this year, state legislators will be trying -- again -- to craft laws that might truly limit access to the guns of mass slaughter, instead of just inspiring fresh bouts of creativity from gun makers.

In Washington, California's senior senator will ask Congress -- again -- to try to ban assault weapons, this time permanently and with tougher rules that might be harder to sidestep.

In both capitals, key lawmakers are insisting that 2013 is the year to rethink America's relationship to weapons, and gun advocates are just as loudly insisting that we can't be free unless we're armed. Very, very well armed.

On paper, California is hell on guns. The Brady Campaign to End Gun Violence gives it a glowing 81 out of 100 points on a scorecard that measures firearm trafficking laws, background checks, assault weapons bans, child safety and guns in public places. The next closest state, New Jersey, ranks only 72, and more than half of U.S. states place in the single digits.

Yet with all that, Californians still have relatively easy access to rapid-fire weapons and big ammunition arsenals, partly because each time a law is written, gun makers find ways to make weapons and bullet-holding devices just different enough to be exempt.

In California, "our challenge has always been keeping up with the gun industry," said Rhys Williams, press secretary to state Sen. Darrell Steinberg, who as Senate president pro tem will be heavily involved in the next wave of gun laws.

The state's current ban tries to restrict guns that make it comfortable and easy to spray out lots of bullets very quickly. The penal code section describing such guns is long and detailed, but among other things it prohibits semiautomatic, center-fire rifles that have detachable magazines along with any one of six other features, from certain types of pistol grips to folding or telescoping stocks to flash suppressor or grenade launchers. Another portion of the state law forbids people from buying or selling "high capacity" magazines that hold more than 10 bullets -- but it doesn't forbid owning them.

Detachable magazines matter because if one can be snapped out quickly and another snapped in, a gunman can keep firing into a crowd. The tougher and more time consuming it is to reload, the easier it is for victims to tackle their assailant or flee.

"That's what saved lives in Tuscon [when then-Congresswoman Gabrielle Giffords was shot]. ... The killer was apprehended while reloading his gun. He was wrestled down," said Williams, Steinberg's spokesman.

The killer fumbled and dropped the magazine in that 2011 assault, which left six people dead and Giffords with brain injuries. California's laws, in essence, try to impose that kind of fumbling time by preventing easy reloading and making big magazines tougher to get. The state's limits on magazine size and detachability earn it a 10 out of 10 on the Brady scorecard, the only state to rank so high.

In response, weapons makers designed a magazine that slips off not by hand, but with a tool -- either a push from bullet into a "bullet button" or a swift nudge from another small, easily pocketed device.

Manufacturers also began selling "repair kits" for older, larger magazines that can hold 30 bullets. The kits can be assembled into the larger magazines, but in California they come with warnings that they are intended to be used only for repairs.

Other tactics include selling magazines big enough to hold 30 bullets, but with a dowel or flimsy plastic part to prevent them from being loaded with more than 10. "The part is cheap plastic and can be twisted off," said Steve Lindley, chief of the Bureau of Firearms in the state Department of Justice. Then some gun makers are moving or redesigning where the stock is or at how much of an angle it protrudes, to try to produce Rambo-looking machinery that nonetheless is legal in California.

Those four workarounds -- the bullet button, the magazine repair kit, easily altered magazines, and changing stock designs -- are the most common right now, Lindley said, although others crop up continually.

During the last election, Democrats swept into the state Legislature in such numbers that both the Senate and the Assembly have Democratic super-majorities, and gun bills are already starting to move in both houses.

The provisions of each measure could keep shifting over the next few months, but currently among them are SB 47 by state Sen. Leland Yee, which would close the bullet button loophole; AB 48 by Assemblywoman Nancy Skinner, which would make it illegal to own a large-capacity magazine that holds more than 10 bullets; and SB 53 by Sen. Kevin De Leon, which would require an annual permit and a background check for anyone who wants to buy ammunition.

With the Connecticut school shooting still fresh in lawmakers' minds, more measures are likely to crop up before the end of the month, which is the formal deadline for introducing new bills.

Williams expects the Democratic caucus to work together on other needed public safety legislation, and to pass some bills into law by September.

"The talk of what needs to be done is framed as gun control, but that's not the objective here. The objective is to support responsible sportsmen and sportswomen while lowering the possibility of massacres in public spaces," Williams said. Gun control is one piece of that, he said, because "the data is unequivocal" that tighter regulations translate into less violence and fewer deaths.

Meanwhile, in Washington, D.C., President Obama has asked Vice President Biden to take charge of the administration's legislative response to the shootings, and California Sen. Dianne Feinstein has said she'll introduce a bill this month to ban selling or making assault weapons and high-capacity ammunition feeding devices. Although her bill in many ways would be modeled after California law, it would include a bullet button ban and other provisions to try to thwart known workarounds.

Even so, a Biden adviser told the New York Times last month that it's tough to actually ban assault weapons because their manufacturers respond so quickly. But even if the federal vote is largely symbolic, former U.S. Sen. Ted Kaufman said, that symbolism is important. "You send a message when you don't do anything," Kaufman told the Times.