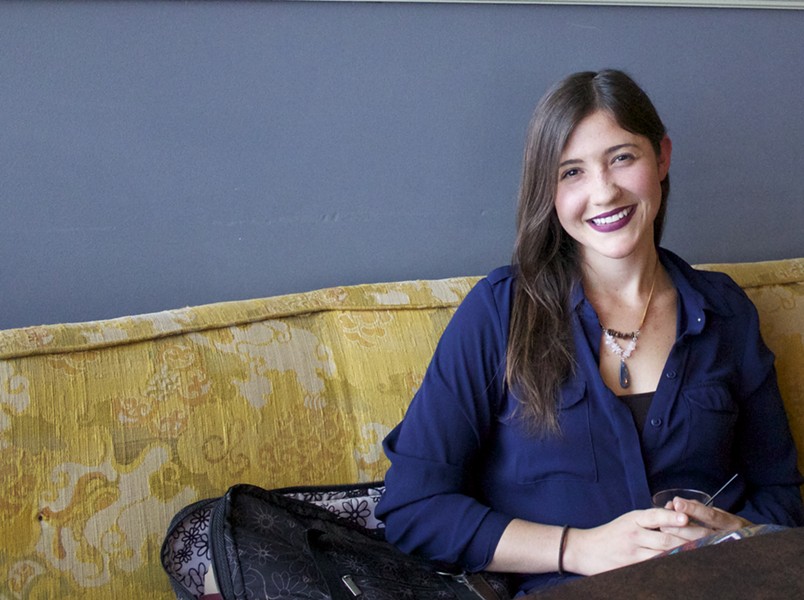 Union leaders are talking about normal union concerns in a dimly lit Arcata bar. There are cocktails all around. They talk about safety, protecting jobs, keeping wages high, changing laws and providing training and education for workers and employers. Although these sound like run-of-the-mill union concerns, this is not your typical union. This is the Humboldt Medical Cannabis Union (HMCU), a group working to protect cannabis jobs in Humboldt County and bring farmers and workers out from the underground and into legitimacy.

There is a lot of fear in Humboldt about vanishing jobs and a shrinking economy. After all, we have seen this before when the bottoms fell out of logging and fishing. Estimates vary, but some place the value of Humboldt's cannabis economy as high as $1 billion and conservative estimates based on data from the Humboldt County Sheriff's Office and the California Department of Fish and Wildlife suggest the industry employs more than 20,000 people. These are people who spend money in local stores and restaurants, raise families and buy homes. The question then is, as we move toward legalization, how do we keep those jobs while making them safer and more reliable?

Humboldt County has the workforce, knowledge base and a lot of the infrastructure, but we lag behind the rest of the state when it comes to adapting to the new legal climate. Many growers appear reluctant to go legitimate, fearing lower profits, stricter regulations and greater competition. There is an outlaw mentality and an old way of doing things that is difficult to break away from. Brian Shields, founder of the HMCU, wants to change that by bringing the workforce out of the shadows and to the forefront of new state regulations.

A lot has changed in the last couple years. The state finally passed regulations for its 20-year-old medical marijuana industry, requiring those who want to grow medical cannabis to get a license. Just this year, through Assembly Bill 26, a bill backed by the United Food and Commercial Workers International Union, the Legislature decided that in order to get and keep that license, workers must be certified. The HMCU has been working hard to create one of the first certification programs in the state. "The cannabis industry is coming into the light and all of these farms are going to have to come into compliance," explains Jason Valentin, a HMCU board member and local restaurateur who owns Crush and Harvest in Arcata.

Shields says HMCU's certification program would meet all of the requirements set out by A.B. 26, including training on current medical cannabis commercial cultivation policy, union education and history, labor law, California workplace safety requirements and sexual harassment training. It isn't going to happen overnight, but the union is working fast and reaching out to other organizations that share its vision. HMCU will be partnering with True Humboldt to enroll 20 to 30 people in a pilot certification program as early as this month.

In order to quickly roll out a certification program that will meet state standards, the union is working with local organizations that provide similar trainings for more traditional businesses. Shields recently had lunch at Lost Coast Brewery with former Humboldt County Labor Commissioner Kurt Barthel, who said he's been waiting for someone to approach him about this for 30 years. The Humboldt County Agriculture Department is going to offer training on safe handling of pesticides and fertilizers to union members free of charge. There is a lot of community interest in protecting Humboldt's economy, environment and people.

Not only does unionization have the potential to help the industry but it can also protect workers. Sexual harassment training is not only required by the state but essential to protecting some of the industry's most vulnerable workers, especially trimmers. Ellyn Henderson, who co-founded HMCU with Shields, started working in the industry as a trimmer when she was 15 years old. "After eight years of being a trimmer and two years as a scene manager, I knew there was a need." says Henderson, who holds an environmental policy degree from Humboldt State University. "Sexual harassment is definitely prevalent."

It's easy to see how training on safety and sexual harassment could protect workers and employers in Humboldt, but how does it protect wages and jobs? HMCU believes Humboldt County becoming the first in the state to have certified workers and farms would go a long way. After all, it isn't a matter of bringing new jobs into the area, but of keeping the ones we have as the industry undergoes a major paradigm shift. When it comes to wages, the union is banking on businesses paying more for highly skilled and well trained workers. "How do you justify paying $200 a pound for trimmers?" asks Shields. "You do it by having well trained and educated trimmers."

Shields isn't the only one who believes that well trained, safe workers are better for business. Bryan Willkomm, general manager of the Humboldt Patient Resource Center (HPRC) in Arcata, says the dispensary's staff enjoy competitive pay, benefits, free gym memberships and an OSHA compliant workplace. HPRC has been operating in Arcata for 17 years and, according to Willkomm, has "been in a constant state of flux with new permits, federal threats, new regulations, conditional use permits, commercial cannabis activity permits, building codes, OSHA compliance, ADA access, and more." Willkomm says the first cannabis union he heard of in the marketplace was "stifled with corruption and bribes and did not truly dedicate itself to cannabis industry workers." Still the HPRC would be open to hearing from any union that operates transparently, Wilkomm says, adding that its 18 employees would never be forbidden from unionizing.

The HMCU is growing, having nearly doubled in size from 11 to 20 members over the last six months. Still membership only represents a tiny fraction of the estimated 20,000 people currently working in the black/grey market. A lot of people are still reluctant to come into the open. Michael Kraft, a senior project manager at Sequoia Personnel Services, expert on local labor issues and former head of the Northern California Small Business Development Center, believes one of the biggest challenges will be getting people to come forward and fill out paperwork that could potentially land them on a list or in a database. Multiple growers were contacted for this story but none were willing to be publicly identified or to speak on the record.

While some farms are eager to be among the first to legitimize, many farmers and workers have a "wait and see" attitude. Willkomm agrees the transition will be hard for local some local farmers. "Understanding that your trimmers can no longer work 12 hours straight without proper facilities for bathroom use and scheduled breaks, and that gardeners must be protected with safe pesticide application information and equipment is tough for some individuals," he says. He believes many farmers are making the extra effort to be compliant, but it is challenging when the legal landscape is continually changing.

In the meantime, HMCU's certification program is moving forward and the union is still actively courting new members. HMCU's vision for the future includes not just training, but providing a certified labor pool as well. Currently, membership dues are $25 a month. Will Shields and Henderson succeed in their lofty goals of protecting the local economy, workers, farmers and the environment? Time will tell, but the potential benefits are undeniable. The union is happy to take new members, but the goal is really to protect the people that are already here, who have been here — the local community. According to Shields "you need a unified voice for the community. HMCU is that voice."