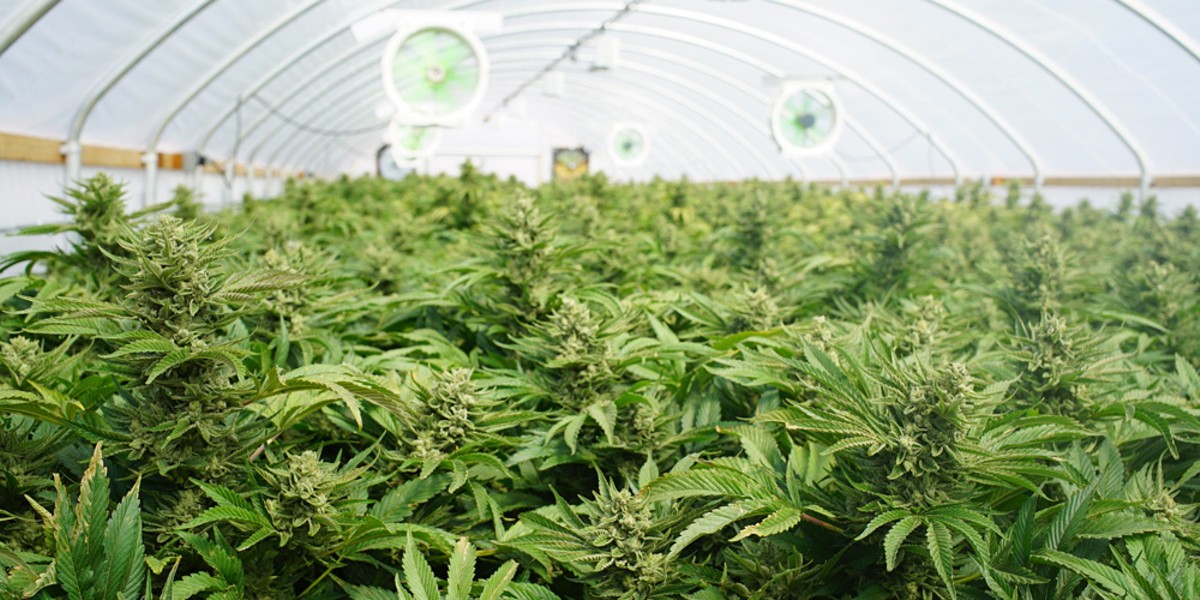 You may drink your locally sourced tea out of a Mason jar, have gone vegan and hung up your car keys in an effort to combat climate change, but have you estimated the carbon footprint of that dab?

Let's break it down. The average dab — a form of highly concentrated cannabis — contains about 10 milligrams of THC. If that dab is made from weed grown indoors under lights, the weed used to make it was grown using about the same amount of electricity as it would take to keep a 100-watt light bulb on for almost two hours, according to a landmark 2011 study by energy scientist Evan Mills.

So that dab that you just puffed in a few seconds — it's the product of a process that put about a third of a pound of CO2 into the atmosphere. And that's just a crude estimate that doesn't take into account the butane used to concentrate the THC, or energy needed to transport the marijuana from where its grown to where it's concentrated to the dispensary where you purchased it.

So yeah, it's time to wise up to the carbon footprint of marijuana and — if you care about things like climate change and sea level rise — start buying stuff grown out in the sun.

As weed goes legal in varying phases across the country, folks are paying more attention to the environmental consequences. While most of the local headlines that combine the words "environment" and "marijuana" have focused on the dewatering of streams and rivers, and the polluting of wildlands, there's also a growing body of evidence regarding the industry's massive energy footprint.

A 2016 study by New Frontier, a data analysis firm, found that marijuana production accounts for 1 percent of the nation's electrical usage — a staggering amount equal to that used by 1.7 million average American homes. This, to grow a weed.

Now, I understand there are legitimate reasons that some truly sick people feel like they need medical marijuana grown indoors in a highly controlled environment. But for the vast majority of patients and users, there's simply no reason good old fashioned, sun-grown cannabis can't get them the relief — or the high — they're looking for.

But the reality of the situation is that growers all over the nation will continue putting cannabis under massive lights, hooked up to hydroponic and climate control systems simply because it's profitable, allowing them to grow in regions with inhospitable climates or to turn up to four harvests a year.

And, lest you think this is some Denver problem, know that it's happening right here in Humboldt County, where "mixed-light" greenhouses are the rage and, in some cases, really just serve as tax shelters for huge indoor growing operations.

Like it or not, the weed industry has gone corporate and — like any other fixture in corporate America — the only surefire way to get its attention is to hit its bottom line.

So if you've eschewed animal products and fossil fuels, but really like to get high, you're going to need to start doing your homework: Talk to your dispensary or your farmer. Ask them where their products came from and how they were grown. Then put your money where your mouth is and buy accordingly, insisting on sun grown. There's no question the industry can retool to meet the demand of an educated, environmentally conscious customer base just as others have.

Many in Humboldt County have decided that the future of the planet is more important to them than having a steak dinner, the convenience of a big box store or driving that Hummer down to the supermarket.

Now they also have to ask themselves if it's more important than that next dab.