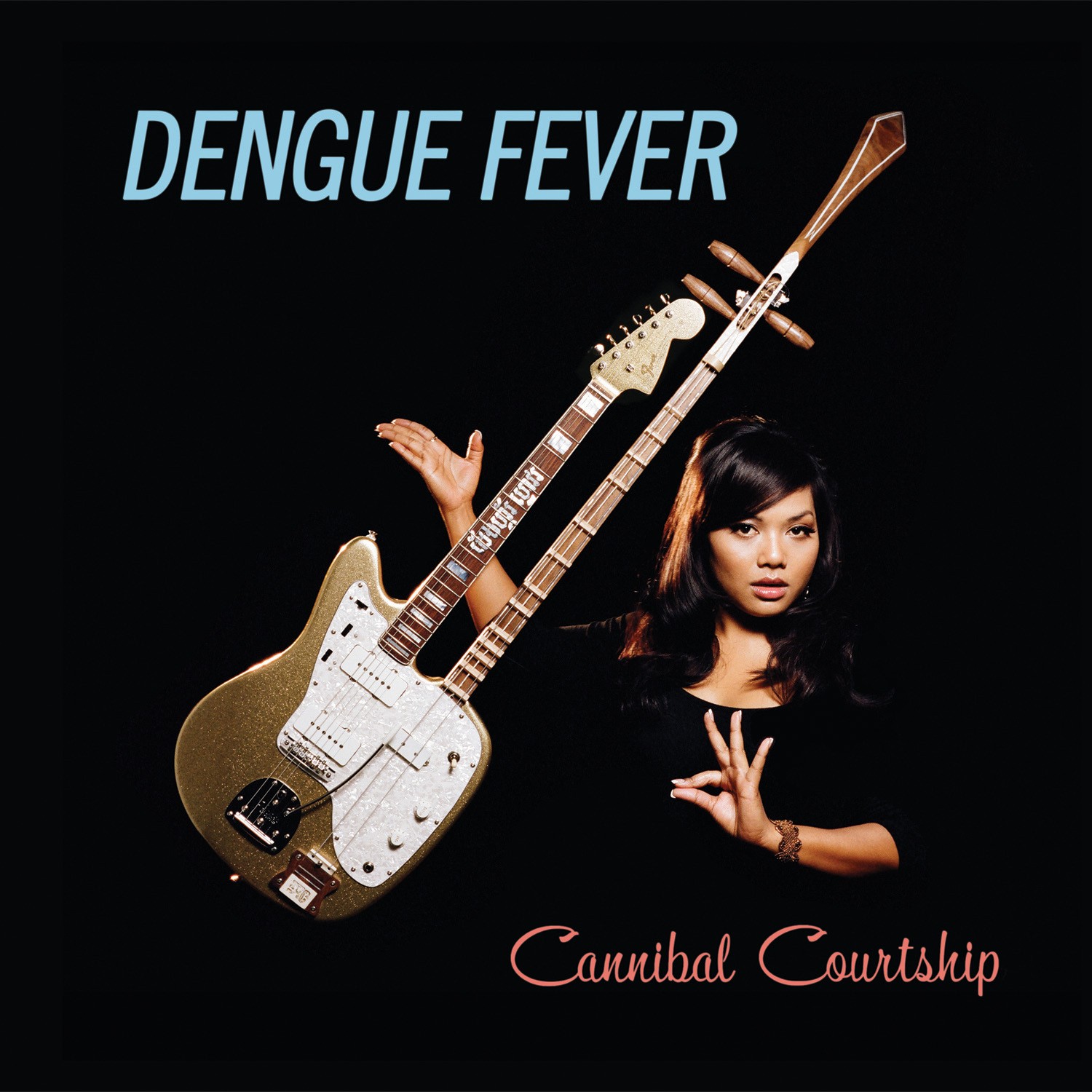 In a sense, the LA-based band Dengue Fever is a postmodernist's delight -- its music is a hybrid of a hybrid. The band fuses Western rock built upon a foundation of '60s Cambodian pop, itself a hybrid of traditional Cambodian melodies and U.S. '60s psychedelic, surf and pop.

Keyboardist Ethan Holtzman formed Dengue Fever after a trip to Cambodia in '97. His fascination with '60s-era Cambodian pop -- music that was still being played on jukeboxes and radios there -- spread to his brother, guitarist/vocalist Zac Holtzman, founding member of Arcata/San Francisco cult avant-country band Dieselhed. At a karaoke night in a Southeast Asian club in Long Beach, they stumbled upon the singing of recent émigré Chhom Nimol, who, unbeknownst to the Holtzman brothers, was a one-time Cambodian pop star from a well-known family of singers and musicians.

While it started out as a Cambodian pop tribute band, Dengue Fever soon brought the aforementioned influences that informed Cambodian pop to the forefront, while including elements of '50s exotica, '80s New Wave and '90s garage rock. Its excellent sophomore release from 2005, Escape From Dragon House, provided a unique blueprint for the band. However, after the lukewarm follow-up, Venus on Earth, one wondered whether Dengue Fever had painted itself into a corner. Happily, the band's new release, Cannibal Courtship, opens up to additional influences while solidifying the band's sound and in the process delivers its best effort to date.

Aside from the Holtzman brothers, bassist Senon Williams (formerly of The Radar Bros.), drummer Paul Smith, brass and reed instrumentalist David Ralicke and vocalist Nimol have all stepped up musically, displaying a greater confidence, playing with greater snap. Nimol's expanding vocal range and the increasing contributions of Ralicke seem to inspire the band to push its sound with a wider eclecticism.

"Sister on the Radio" places a Cambodian pop-ballad melody (Nimol sings this in Khmer) against an Ennio Morricone/Spaghetti Western soundtrack backdrop. Dengue Fever melds these elements so smoothly it creates an intriguing synthesis. And even though it gives definite nods to New Wave and garage rock, heard in songs such as "Cement Slippers" and the politically sly "Family Business," Dengue Fever hits pay dirt with "Uku," a song that completely fuses all of its influences to allow an original contemporary form to emerge.

Cannibal Courtship marks an important artistic milestone for Dengue Fever, a band that is currently benefiting from its double visa of "world" and "alternative" statuses. Having balanced between Cambodian and U.S. pop forms, the band's achieved synthesis is symbolic of a more universal source. In other words, Dengue Fever may understand better than most that good music and global cross-pollination of musical influences isn't simply old hat, it's simply good music.