With bellies full of plastic

Photo by Mike Kelly A worse for wear longnose lancetfish. 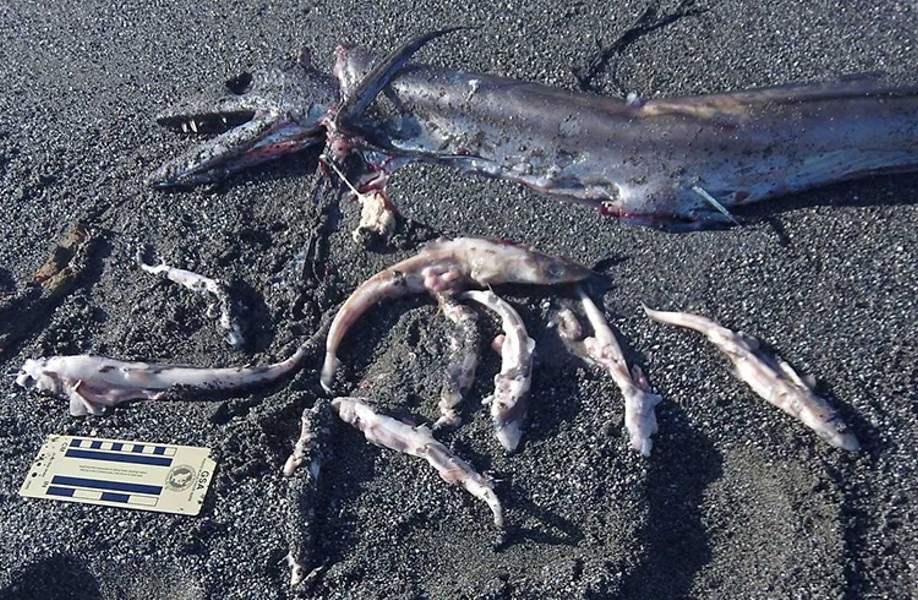 Photo by Mike Kelly A lancetfish and its bellyful of spiny dogfish sharks at Stone Lagoon. 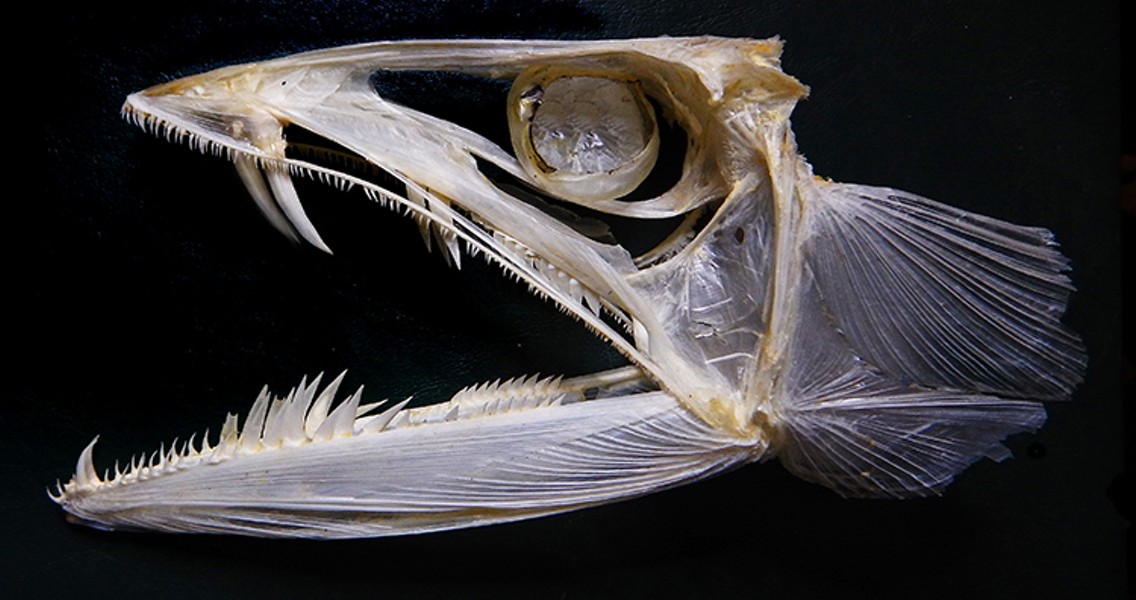 In recognition of the poor eating quality of the longnose lancetfish (Alepisaurus ferox), parts of this story are written in poor taste.

Longnose lancetfish, also known as longsnouted lancetfish and cannibal fish, wash up on the beach here occasionally. Their discovery sometimes makes the news. I've even seen them correctly identified in a local paper.

The lancetfish has sharp teeth, including large fangs that protrude from the roof of its enormous mouth. It also has a sail-like dorsal fin. It's long and skinny with flabby flesh, and its skull is remarkably lightweight for something with such big teeth. And just for your fishy titillation, they are synchronous hermaphrodites (male and female at the same time).

As one of their common names suggests, longnose lancetfish are notorious cannibals. Their own kind makes up a significant percentage of their diet. The equivalent for me is probably burritos.

We humans, in our "higher animal way," only engage in cannibalism for ceremonial, recreational or survival purposes. And we generally avoid eating children. For example, one of the lesser known lost-in-the-snow pioneer wagon train parties ate only adult crew members for survival, despite having several otherwise useless succulent babies with them. They even placated the crying babies by giving them thumbs to suck on.

A longnose lancetfish wagon train would have brought the children as provisions. And the survivors wouldn't have suffered all the angst.

Lancetfish also eat a lot of plastic. The two that I've had the pleasure of cutting open both contained significant plastic. The first had a shampoo bottle in it — along with a soda bottle cap, another plastic fragment, a squid beak, a small tomcod, a smelt-like fish and some cool wormy parasites. I'd hypothesize that the poor fish's stomach was too full of shampoo bottle to get enough real food into it, which lead to its death.

The second lancetfish had nine spiny dogfish sharks (Squalus acanthias) in its stomach. It also contained a sheet of plastic-wrap lining its entire stomach, which may have prevented the lancetfish from digesting the sharks.

I found an awesome thesis by Lesley Jantz online entitled Ingestion of Plastic Marine Debris by Longnose Lancetfish in the Hawai'i-Based Shallow-Set Longline Fishery. It has a great picture of a lancetfish regurgitating a smaller lancetfish through its gill opening. Anyway, this thesis found that 47 out of 192 lancetfish sampled had plastic debris in their stomachs. The author suggests that since longnose lancetfish fish will consume almost anything they can catch, bits of plastic are an attractive "prey item."

To cheer you up, here's how to preserve your own longnose lancetfish skull if you're lucky enough to find one. Simmer the head for a few seconds at a time — don't just toss it in boiling water. Then as the flesh starts to peel away, scrape it off with a toothbrush and pick out the inner bits with tweezers or a dental pick. The skulls are so lightweight you can to keep them intact if you are careful. And most of the flesh is gelatinous, so it's easy to remove. Once cleaned, let it dry with its mouth propped open. If it gets discolored or smelly, just dose it in hydrogen peroxide.