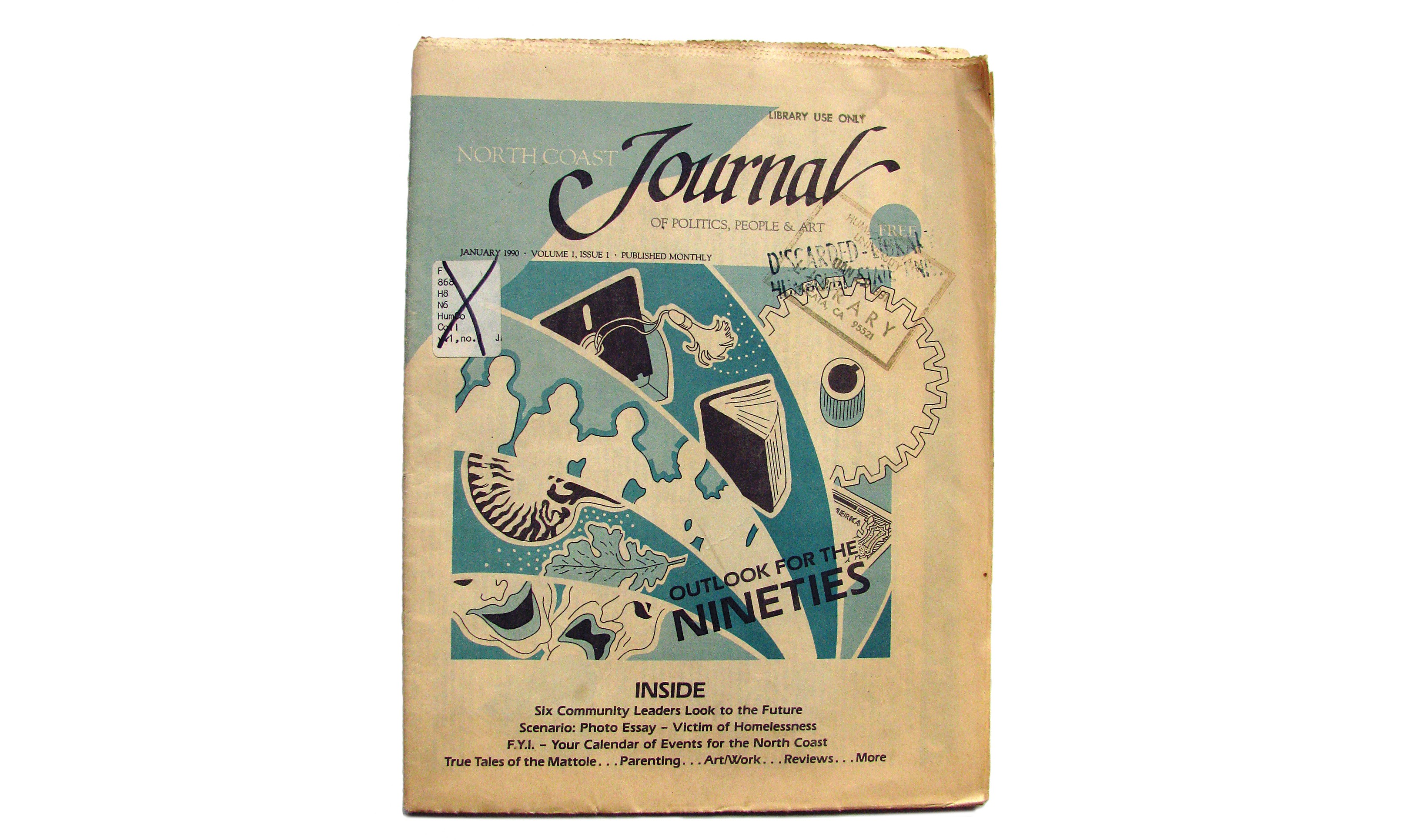 To celebrate our 20th anniversary, two weeks ago we threw a party on the Eureka waterfront for Journal readers that included some amazingly good food and a terrific concert -- all of it free. It was our gift to you. (Sorry if you missed it.) We often thank our advertisers for funding this newspaper, but there would be no advertisers without all those loyal readers every week.

And there would be no Journal readers without writers. So this week, as we continue our anniversary celebration, we bring you a 20-year look-back at some of our most significant stories and the people who wrote them.

First, a word about our staff writers: In the beginning we had none. Operating out of a one-room office in the Carson Block Building in Old Town, we hired a few freelancers and paid them what we could. What they didn't write, I did. Once we were up and running for a while and had cash coming in, we hired our first half-time reporter, Marie Gravelle. She later became full-time and spent a very productive tenure with us up until 1995, when she was hired away by The Statesman in Salem, Ore.

We were extremely fortunate to have a pair of real veterans find us. I'll never forget the day in 1991 George Ringwald walked into the office and said, "I like your paper. Good journalism. I'd like to write for you." George was at the top of his game, a Pulitzer Prize-winning journalist, teacher and the former bureau chief for Business Week magazine in Tokyo. He just happened to end up in Eureka looking for something productive to do. George wrote for us from 1991 until he died in 2005. He was particularly known for his wonderful people profiles, like the ones he did on Viola McBride and Sam Stanson.

In 1994 came Wally Graves, a retired professor of literature, who contributed so many wonderful stories and pieces I call "tales of morality." The first one he wrote was a piece about being recruited to teach English in Humboldt County's sister city, Guangxi, China. It turns out he was swept along on an evangelical crusade with a bunch of Southern Baptists. Wally always made us think deeply about a subject. For his piece on abortion, called "Murder on the Orient Express," he interviewed the usual pro-choice, pro-life suspects. Then at some point in his research, he began asking women directly, "Do you know anyone who has had an abortion? What do you think? How do you feel about it?" Not to be sexist, but I couldn't believe it was written by a man. (Wally died in 1999.)

We also accumulated a stable of contributors who just knew their topics well and could write: Ron Ross on economics, Terry Kramer on gardening, Betty Thompson on food and Charlie Myers on film.

By 1996 or so, it became apparent that the Journal as a monthly news magazine was not going to make it. It was not because we didn't have readers, but because the advertising cycle was not frequent enough for businesses. A few of us (especially co-owner Carolyn Fernandez and I) often worked for little pay, as did our freelancers and copy editor, retired HSU professor Howard Seeman. None of our hourly employees had health insurance. I was running out of steam when I discovered other newspapers across the country doing what we did only doing it every week. They were successfully competing against their much stronger daily newspapers and providing news not found elsewhere. These papers are members of the Association of Alternative Newsweeklies, a pretty feisty group of publishers. I stole every idea I could from them.

We also found the money we needed to convert to a weekly from a small chain in the Midwest. Or so we thought. We were going to sell part of our stock. The legal documents were sitting on our attorney's desk in Eureka, and we spent the summer of 1998 preparing to make the big leap to weekly publication, printing T-shirts and hiring the Marching Lumberjacks for the kick-off. The stock sale fell through, but we plunged ahead with the help of our company credit card. Six weeks in, cash flow improved and we knew we had successfully made the transition. Instead of a 32-page monthly, we were printing 20 to 24 pages every week. The ads were working better for our clients and, finally, our employees had health insurance.

We began hiring. In 1998, Bob Doran became the calendar editor and wrote cover stories more frequently than he likes to remember. After Marie Gravelle, the single position of staff reporter was filled by Lisa Ladd, then Susan Wood, Jim Hight (who later continued as a freelancer), Rosemary Edmiston, and until 2002, a newcomer we stole from another alt paper in Bloomington, Ind., Arno Holschuch. We started entering our best stories in contests to be judged by our peers, and the awards for journalism excellence started to come in.

By 2002, planning for the long-term growth of the company and my own retirement some day, I realized I couldn't be editor and publisher forever. We hired Keith Easthouse as editor that spring, followed by Emily Gurnon. When Emily and her family moved back in Minnesota in 2005, we promoted staff writer Hank Sims to editor.

The Journal today is in very good hands under Hank's editorial leadership. He has a terrific staff of writers and contributors, and the awards continue.

For this report -- celebrating the top stories of the Journal's first 20 years -- I prepared the review of the years 1990 through 2002, and Hank takes over for the years 2002 to the present.

To read the complete stories from 1995 through the current edition, go to www.northcoastjournal.com. To research stories from 1990 through 1995, copies are available at the Humboldt County Library and Journal offices.