At the fest and in your backyard 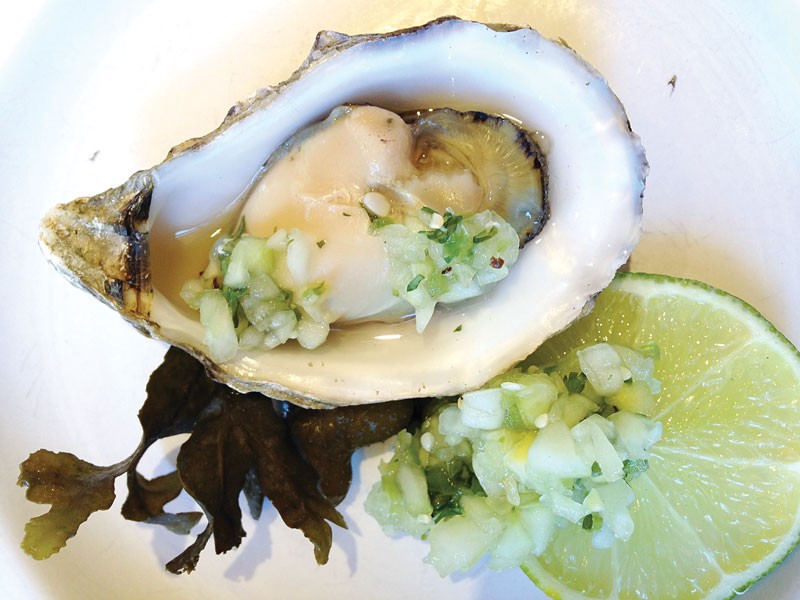 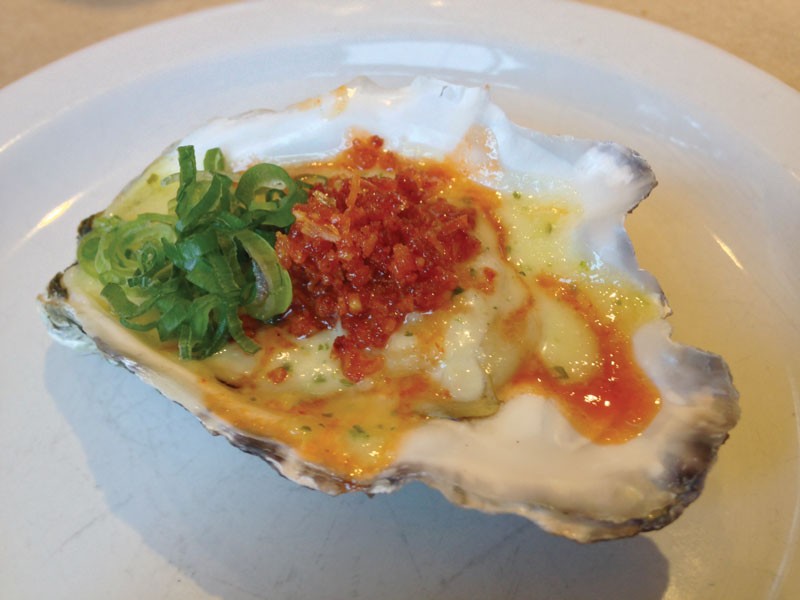 Out on the Arcata Plaza, the crowd was swelling and soaking up sunshine, beer and melted butter from half shells. Just inside the window of Mazzotti's, however, we 14 judges sat tapping our cocktail forks. Some had skipped breakfast or subsisted on salads the day before in preparation for Caligulan gluttony, but the shellfish was only trickling in. A number of the anonymous entries came late or dropped out — of the mere five vendors set to compete Best Raw Oyster, only four showed. Nine of 10 scheduled Best Cooked Oyster entries made it to the table, but only three of four Best Non-oyster dishes showed up, and one of those was a cup of sliced fruit.

We'd started the morning off with a warning from Oystress Rachel Hoeflein-Lay (the former title of "Oyster Babe" was a little "ring girl," after all) about maintaining the anonymity of the competition, hinting at disgruntled entrants. Is it worth it to vie for the title? Leaving a booth with a line of hungry, cash-waving customers to deliver more than a baker's dozen of your best oysters for free might not make immediate sense. A look at past winners could also make you tear up your ticket. How is your little Kumamoto with cocktail sauce and lemon going to stand up to something that looks like a seafood version of the Olympic opening ceremonies? Then there's the Meryl Streep factor — seeing the same rotation of names engraved on those trophy plates can make the whole thing seem hopeless, or worse, rigged. Sushi Spot's triple-crown sweep of all categories this year probably won't help.

But Sushi Spot's oysters were tough shells to crack (and as nice as the poke ahi tuna was, there wasn't much competition in the non-oyster fight). The raw was a big, creamy Goose Point with a sesame-ginger vinaigrette, pickled wasabi, green onions and crunchy tobiko caviar with a hint of citrusy yuzu. Even so, it barely snuck by Bear River Casino's Fabergé egg of an oyster, spilling over with three kinds of caviar, a quail egg, uni and gold flakes. We ate of it with a mixture of decadent pleasure and 1-percenter shame. On the cooked front, Sushi Spot put forth another Goose Point, barely grilled and custardy, with a spicy/creamy aioli, doubling down on the fat and cutting it with the spicy bite of honey Sriracha, green onions and crispy fried garlic drizzled with chili oil. It was crunchy, spicy, barely sweet and savory without drowning the flavor of the oyster, which is a bit of a miracle. If you're curious, the same dishes (nearly the same, anyway) are on the restaurant menu. And good thing, too, because who's going to whip that up with friends at home around the barbecue?

And yet a close second, just a couple of points behind that Baroque barbecued showstopper, was the Humboldt Bay Oyster Co.'s comparatively minimalist Pacific oyster topped with cucumber salsa. The sweet, lightly briny cocktail-size oyster was cooked over the coals just long enough to firm it up and the brightness of the cucumber, lime and chili offset the richness. It was a showcase less for the talents and imagination of the chef and more for the quality and flavor of the oyster.

Behind the Humboldt Bay Oyster Co. booth, a half dozen people were posted around a folding table, heads down and sun on their necks, grabbing and shucking hot oysters just pulled off the grill. Owner Todd Van Herpe was one of them, in a wide-brimmed straw hat banded with tiny shells. The salsa, he said, was based on an old recipe card from the Pacific Coast Shellfish Growers Association. He'd tinkered with it, cutting back the liquid and adding more cilantro and jalapeño, though he liked the original fine and assured me it was as good on a raw oyster as a barbecued one. Thinking back to the flavors, I imagined it spooned over scallops, shrimp and possibly a mild white fish, too. While Van Herpe mixed up gallons of the stuff for the festival, he shared a scaled down family size recipe. He suggests starting with a good, fresh, local Pacific oyster, "readily available from Humboldt Bay Oyster Co.," he added with a laugh. Grill the closed shells over hot coals just until they pop open, which should leave them tender and plump. Once it's ready, hold it flat and use an oyster knife to free the meat from the top and bottom shells, then crack off the top, keeping as much of the juice inside as you can. A little cucumber salsa — melt a little garlic butter, too, he says, because everybody likes garlic butter — and you've got yourself an oyster festival in your backyard.

Sliced or wedge-cut limes for garnish

In a large glass bowl, mix all the ingredients well. Cover the bowl and let it sit in the refrigerator for one hour. When you're ready to grill or shuck your oysters, take out the bowl. Add about ½ tablespoon to each prepared oyster and set out more salsa in a bowl for your guests to serve themselves.

And you don't even need to hunt for parking near the plaza.