Can the new public power deliver what it promises? 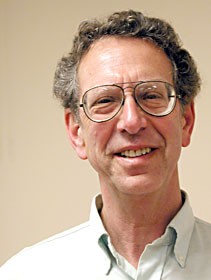 In more than two dozen California communities, city and county governments are seeking to take control of their local electricity systems under a new state public power law. Could it happen here?

This weekend, Paul Fenn, the chief architect of the new public power strategy, will share his vision at a conference and open meeting. Fenn was a driving force behind the 2002 state legislation that enabled local governments to form Community Choice Aggregation (CCA) power authorities to take over the buying and selling of electricity within their jurisdictions. Under the law, privately owned utilities like Pacific Gas and Electric Co. would continue to provide transmission, distribution, billing and other functions. But in essence, they would be working for the community.

Adopted after the 2000-2001 energy crisis, the CCA law was meant to give communities a way to secure more reliable and less costly power. It was also seen as a way to sharply increase the use of renewable power, and that's what excites some Humboldt County folks.

"We can develop our own priorities for energy within this county," by forming a publicly owned CCA, said Michael Winkler, Arcata planning commissioner and an alternative energy researcher at Humboldt State University. "I'd like to see a much higher percentage of our energy come from local renewable energy, and that would be a lot more feasible with a CCA than if we stayed with PG&E."

While PG&E is mandated to boost its renewable energy portfolio to 20 percent by 2017, Fenn promises that with a CCA, Humboldt County will be able to boost its renewable power usage much faster without raising utility rates. "[A CCA] can deliver 51 percent [renewable power] by 2017 at the same price or better than you're going to pay PG&E," said Fenn in a telephone interview last week.

Is that offer too good to be true? There are certainly skeptics who doubt that publicly run CCAs can deliver cheaper or greener electricity than the privately owned utilities. "There's no guarantee that a CCA would be any better or more efficient at procuring electricity than the investor-owned utilities," said Louis Irwin, an analyst with the California Public Utility Commission's Division of Ratepayer Advocates.

Irwin notes that since the energy crisis, the utility commission has been more aggressive in ensuring that utilities provide the best electricity value for their customers. "The controls are a lot tighter now," he said, leaving less opportunity for a CCA entity to deliver electricity at lower costs.

The Utility Reform Network, a consumer group, has more faith in the CCA approach as a method to lower rates. But its spokeswoman voiced concern that electric rates would go up if a CCA prioritized renewable energy over less costly conventional electricity. "As important as renewable energy is, affordable energy is also important," said Mindy Spatt. "Perhaps there's a population in Marin County that feels it's worth it to them to pay more for renewable power. That's great, but not everyone is in that position, unfortunately."

Fenn doesn't dispute that renewable power is more expensive than conventional power under current economic conditions. But he says that a CCA can construct renewable power plants more cheaply than PG&E can by financing them with public bonds. "You can dramatically improve the [renewable] portfolio without driving the prices over the top, provided you go with 30 or 40 year bonds," he said. "We can do something PG&E cannot do."

Furthest down the CCA road is the San Joaquin Valley Power, a coalition of Kings County, Tulare County, Fresno and 11 other cities. The SJVP's plan was recently approved by the public utility commission, and if final calculations pencil out, it will start providing electricity later this year.

San Francisco's board of supervisors approved a CCA plan earlier this month. Berkeley, Oakland and Emeryville have banded together to develop a joint CCA. Marin County, Richmond, Vallejo and several other counties and cities are in various stages of research and planning.

The first step in the process locally would be a study to determine whether a CCA is even feasible. If public power backers like Winkler sense growing support for the idea after Fenn's talk, they'll likely ask the Redwood Coast Energy Authority or another government entity to pay for such a study.

One major issue sure to arise is the fact that the county is a transmission "island" with very limited connections to the statewide electric grid. This transmission constraint limits the amount of electricity that can be exported from or imported to the county (see "Too much power," May 17).

Most California communities are served by multiple transmission lines and can receive power from scores of different generating plants — even plants located in adjoining states. And being able to buy electricity from many different electrical generators is seen as a key factor in making a CCA work, especially in its early years before it can build its own power plants. "Although people clearly want to go green [with a CCA] in Humboldt County, the ability to do that may be limited by the transmission system," said Bill Marcus of JBS Energy, a consultant to Berkeley and other communities.

There's also a question about whether local governments have the funding and staff — not to mention the political will — to invest in studying and designing a CCA. The Berkeley-Oakland-Emeryville joint venture has paid consultants $450,000 to study the matter so far, with another $500,000 budgeted for the final phase of research — and no guarantee that a CCA will be formed. "Implementation is still under close consideration, and has the support of several council members, but there are massive barriers in the way," said Carol Misseldine of the Oakland Public Works agency.

The CCAs that are closest to being up and running — San Francisco and the San Joaquin Valley outfit — were put together by well-funded public utility agencies that were already deep with expertise in the power business.

According to Fenn, the opportunity to form a CCA won't last forever. Because of the way utilities are regulated and financed, any new CCA will have to compensate PG&E for the debt and contract obligations the utility has incurred to assure future supplies of electricity. With PG&E seeking to build new gas-fired power plants (including one locally), the utility's debt — and the amount of money that a new CCA would have to pay — will soon rise dramatically, according to Fenn. "The economic door [for new CCAs] is closing," he said.

"It all comes down to a local sense of urgency," said Fenn. "Is there a mayor [in Humboldt County] who really cares about climate change, a council member who really wants clean energy jobs? Then it's possible. If everybody just wants to have meetings and discuss it forever, it won't happen."

Fenn will speak from 1 to 3 p.m. at the Wharfinger Building in Eureka on Friday and at 5 p.m. Saturday at the Arcata Community Center as part of the North Coast Regional Energy Alternatives Conference. The conference will include many other presentations and exhibits starting at 9 a.m. Info: humboldtplanitgreen.com or 443-8326.