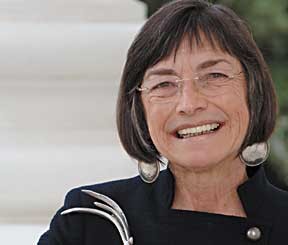 A mid the clangor of bus trays and the murmur of lunchtime conversations at the Humboldt Senior Resource Center, Eunice Noack and Gloria McGillvray were talking about how they wanted to die.

"I certainly don't want to lie in bed in a coma or in huge pain that can't be treated for months," said Noack, 80. "I want to be able to make my own choice to end my life."

McGillvray, also 80, nodded in agreement. She talked about friends who had experienced severe pain and discomfort in their final weeks before dying. "For them and their families, it was just heart-wrenching." When her time comes, she said, "I'd like a choice."

They both support North Coast Assemblywoman Patty Berg's Compassionate Choices Act, which would allow physicians to prescribe lethal doses of sleeping pills for terminally ill patients who seek medical aid in dying. "I rejoiced when Oregon passed a [similar] bill, and I've been reading that it has been working without any exploitation," said Noack. "I'm so glad that Patty Berg has introduced it in California."

But across the room at another table, Linda Hills, 66, was equally passionate in her opposition. She spoke about her late husband John, who suffered terribly in the last stages of his long battle with multiple sclerosis. At one point, she said, John even talked about killing himself. "If I thought that you'd do it, I might ask you to give me something to end this," she recalled him telling her. "But I wouldn't want you to spend the rest of your life in jail for me."

Hills says such thoughts were the products of "fleeting moments of depression" which were followed by a renewal of John's interest in "everything going on about him. ... I cannot tell you the inspiration that my husband lent to other people by his courage and faith and his battle," she said. To hasten the process of death would have robbed them of important time, not to mention violated their religious convictions. "We're not God, and I don't think we should be taking on his job," said Hills.

Outside the lunchroom, across the county and state, Californians are similarly polarized over this issue. Within the healthcare profession, two influential physician groups have adopted opposing positions on Berg's bill: the California Medical Association against, and the California Association of Physician Groups for.

The bill is modeled on Oregon's nine-year-old Death With Dignity Act, under which 292 people ended their lives through 2006, according to state reports. The vast majority - 81 percent - had terminal cancer.

Like the Oregon law, Compassionate Choices would require two doctors to confirm that a patient's condition is incurable and likely to result in death within six months. Patients would have to make repeated requests for a lethal prescription, with two witnesses signing their written statement.

According to Berg, the bill has safeguards that exceed Oregon's. But these measures -- such as requiring that patients who aren't already enrolled in hospice have a psychological evaluation before receiving their prescription - haven't softened the opposition.

Judy Burns, a family physician practicing in Arcata, explained her profound disagreement with Berg's bill. "I don't think our profession should be involved in helping people take their lives, even if they want us to," she said. "I think it would cast some mistrust on our profession."

She fears that some terminally ill people would choose to die because they don't want to be a burden to their families. "I think you'll have a lot of people feeling pressured, [thinking] 'I should do this' versus 'I want to do this,'" said Burns. And she wonders: If Californians get used to doctors prescribing lethal overdoses for terminally ill people, what's next? "If you make this legal, then ... why shouldn't the person in the nursing home [without a terminal illness] have the same right of autonomy to do it as well?"

"I understand what Patty Berg, with her compassionate sensibility, is trying to do. But for those very few who would choose that option, there are a lot of risks for society and other people," said Burns. "I don't think it's worth the risk."

Catholic groups object to the bill on moral and religious grounds. "As Catholics we oppose euthanasia or assisted suicide because we believe that human life is a gift from God, that we are stewards - not owners - of that life," states a flyer distributed at churches by the California Catholic Conference.

Pastor Loren Allen of St. Bernard Parish in Eureka endorsed this viewpoint and offered an additional critique. Worried that AB 374 would provoke greed in the children of dying parents, he imagines this kind of bedside conversation: "Grandma, you're burning up our inheritance costing $100 a day to have an attendant with you. Sonny has been wanting to go to college. Daughter wants to buy a new house. Have you thought of your exit option?"

"I've known of people," who coveted their parents' assets, said Allen. "We all have a natural inclination to watch out for our own interests."

Berg points out that her bill prohibits the witnesses to a dying patient's medication request from being a relative or prospective heir. "Oregon allows one relative," she said. "We allow no relatives or anyone who would have a chance to inherit" from the patient, she said.

Allen is not comforted. He thinks it would be an easy matter for covetous heirs to find unrelated people to witness their parent's lethal medication request.

But it's unlikely that requiring 10 unrelated witnesses to sign-off on a patient's death wish would turn opponents like Allen and Burns into supporters. Just as with the debates over legal abortion, this seems to be a subject on which people feel committed one way or the other.

"I've believed in this all my adult life," Berg told the Journal in an interview at her downtown Eureka office. "Patients should be able to control not just their life but their death. ... It's a choice issue to me. ... It's about freedom, it's about autonomy and it's about control."

"I believe that when someone is terminally ill and dying and cannot be healed, it is their choice to make the decision in terms of how they exit," she said. "It is their right, and physicians, in my estimation, have the responsibility to be a team member to the patient and to help."

Berg said that recent polls indicate 70 percent of Californians support the measure. And she believes that a majority has supported the philosophy behind such a law for a long time, even back in 1992 when a similar initiative was voted down. "It polled very favorably prior to the Roman Catholic Church investing millions of dollars in a [deceptive] ad campaign just a few weeks before the election," she recalled. "They had doctors putting syringes into disabled people in wheelchairs, so it went down."

Berg attributes the California Medical Association's continuing opposition to a right-wing element within that group, as well as the influence of oncologists who "make their money on keeping people alive."

The bill's defeat last year was "a very awful thing," said Berg. After winning Judiciary and Appropriations committee votes in the Assembly, she and co-author Lloyd Levine (D-Van Nuys) moved a Senate version of the bill because they weren't yet confident of 41 votes in the 80-member Assembly. The Senate bill went down to unexpected defeat in the Senate Judiciary Committee. A key "no" vote was cast by Santa Ana Democrat Joe Dunn, who had previously signaled his support, according to Berg. Dunn later became the head of the California Medical Association.

With 27 co-authors this year, including Assembly Speaker Fabian Nuñez, Berg is optimistic that the bill - approved by the Judiciary Committee in March - will gain needed committee approvals followed by majorities in the Assembly and Senate. She says June will be the earliest date for floor votes, but an August vote, after the July recess, is more likely.