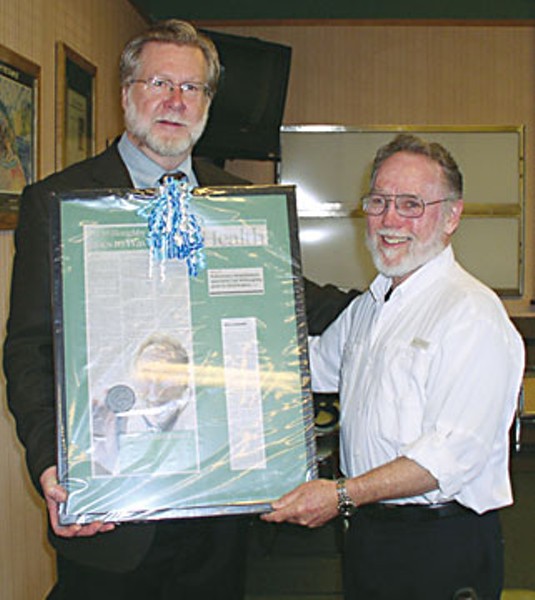 Allie Hostler, public information officer for the Hoopa Valley Tribe, is very worried about the hazardous conditions in Hoopa caused by the smoke from the large wildfires, which have been burning in the hills above eastern Humboldt County.

“There is a general air of anxiety when the smoke gets into the valley,” said Hostler last week. “So far there have been some medically prescribed relocation and 206 extra patients with smoke related illness at the K’ima:w medical center.” Hostler said that because the smoke visibility is often very low in Hoopa and the surrounding areas, “on a visibility chart it can range anywhere from 200-350 feet.”

Carl Willoughby, a respiratory therapist at Mad River Community Hospital, said that the smoke is a huge problem for people in affected areas with respiratory illnesses. “People with significant respiratory diseases should see a doctor if they are having respiratory distress due to the smoke,” he said.

“People who can’t leave the affected areas can stay indoors and minimize activity that reduces exposure,” he added. “A simple paper fiber mask often reduces particulate problems from the smoke, but often people with respiratory problems don’t like to wear them on their faces.”

Willoughby is also concerned for the residents of Hoopa. “The Hoopa Valley seems like a pristine wilderness on a beautiful day but even without the wildfires, smoke from wood burning stoves can be a problem because of the inversion layer,” he said. “It’s like putting a lid on the whole valley and the smoke is trapped.”

Willoughby has been a respiratory therapist for 32 years. He’s been running the Pulmonary Rehab clinic at Mad River Community Hospital since 1996. In 2005 he was nationally recognized with the American Association for Respiratory Care's annual Continuing Care & Rehabilitation Specialty Practitioner of the Year Award. He lobbied in Washington D.C. in 2007 for a national coverage policy that would ensure that individuals would not be denied or limited access to pulmonary rehabilitation services because of Medicare status.

Recently, he successfully lobbied Congress, after a three year struggle, to override the President’s veto on a Medicare bill protecting doctors and hospitals from a 10.6 percent cut to their reimbursement rates when treating Medicare patients.

There are currently no Air Quality Alerts in the Eureka area. Willow Creek is on and off alert status, and residents are advised to check air quality status periodically. As of July 31, Hoopa, Orleans, Weitchpec and surrounding areas may reach very unhealthy conditions and concentrations of smoke may vary. Residents are advised to take precautions to minimize exposure.

“Things should improve as the fires get more under control, but we’re getting into the dry season,” said Davis. “In the Orleans area for example, that fire isn’t under control and we’re expecting that area’s air quality to be impacted within the next couple of weeks.”

Last week, Troy Pain, a Willow Creek resident, was grateful for clean air in Willow Creek over the past three days, and was looking forward to the opportunity for less smoke in the future. There have been days where the smoke was bad, but we stayed inside and limited our activities,” said Pain. “Most of us will head to the coast for a break from the smoke.”

Residents in affected areas are doing the best they can to minimize exposure to the hazardous smoke. “It’s a bummer that our summer is being taken over by smoke and wildfires,” said Hostler. For advice about how to handle smoky conditions, visit the North Coast Unified Air Quality Management District's website: ncuaqmd.org.