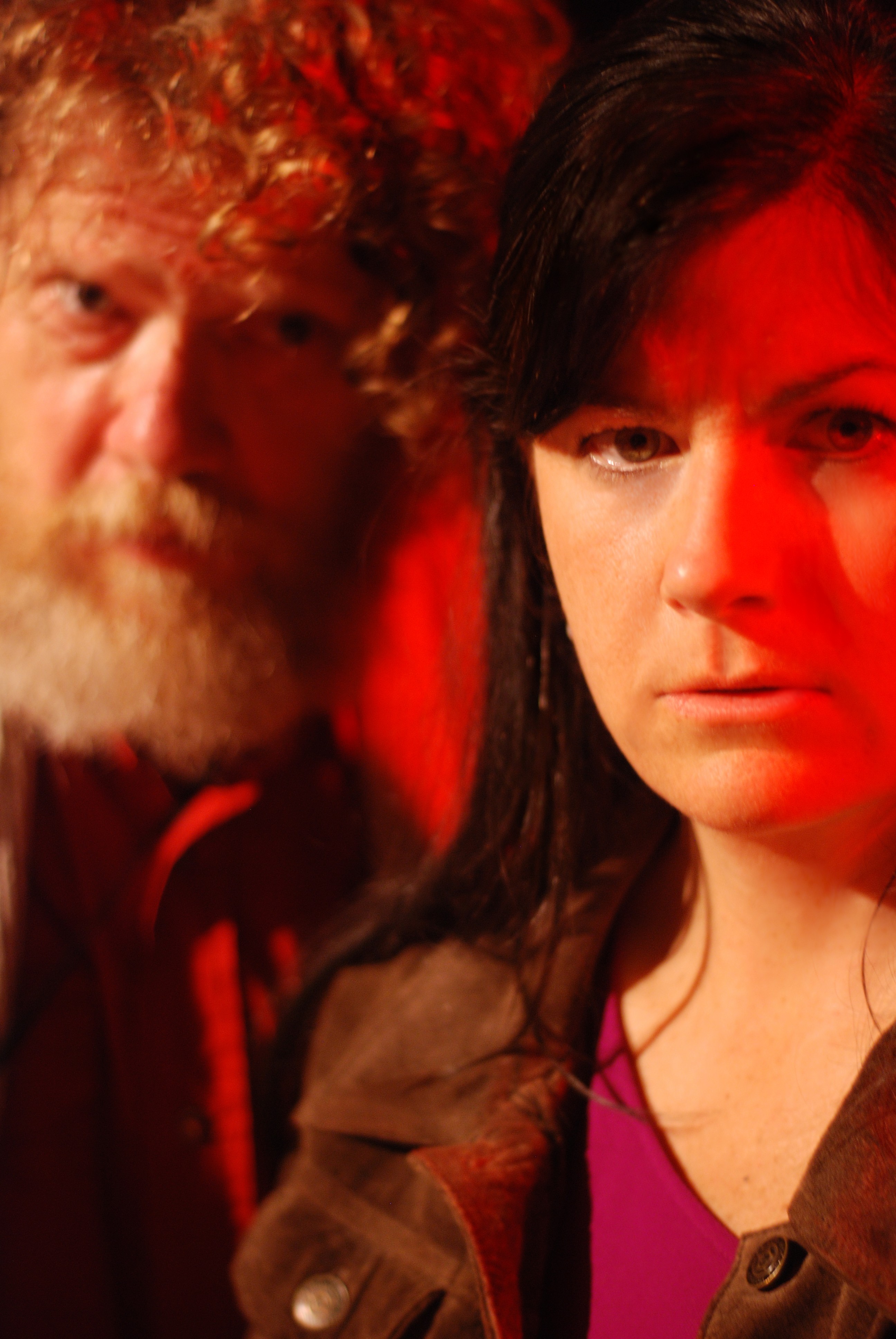 The 10th anniversary of 9/11 got the media's full attention this past weekend. News outlets offered new information and new surmises concerning those terrible events. Also last weekend, a play that centers on 9/11 opened at Redwood Curtain in Eureka.

Yankee Tavern by Steven Dietz is set in a New York City bar five years later, and the characters all have memories of that day. Adam is the young owner of the bar, which he inherited from his father. Because of the derelict hotel on the floors above it, the bar's future is doubtful. Janet is his fiancée, who urges him to complete his doctoral thesis so he can leave the bar behind.

Ray is the vagabond conspiracy theorist who has been coming to the tavern for so long that he has his own key, and is squatting in a room upstairs, where the rats and ghosts (he claims) keep him company. Palmer is the mysterious stranger who orders two Rolling Rocks, but drinks only one.

It soon turns out that several of them have more than memories. They have theories and perhaps facts that call into question the official accounts, and they are still involved in pursuing the truth. Their conversations reveal bits of personal history but also threads of a possible conspiracy involving 9/11.

Though a few details of their assertions were new to me (or were made up), most have been around for awhile on the Internet, and the general idea has been out there for years. Some audience members may be surprised and shocked by these allegations, some may take them seriously, some may react with disgust or anger. But I'm not reviewing a conspiracy theory.  I'm reviewing a play.

Stage mysteries involving crimes, clues, spies, intrigue, etc. aren't as plentiful as they used to be. But of course there are many such dramas on television, and a fair number at the movies. So audiences have standards by which to judge them.

Believing in the reality of the story, at least provisionally, is crucial. The stage offers the intensity of live actors in real time. This places a particular burden on the actors, who have to maintain your belief and sustain your interest, particularly in a play that has a lot of fairly complicated talk, as this one does.

In this regard, the Redwood Curtain production succeeded for me, at least through the first act. Nathan Emmons is always a formidable stage presence, and as Adam he finally has a local role as the prime mover of a play. Victor Howard is another local actor who demands attention in comedy or drama, and as Palmer his performance is appropriately taut and focused. Jenner Cohune steps forward from ensemble roles to creditably play Janet, the character at the fulcrum of the drama (director Jyl Hewston keeps her firmly at the center of the stage.) While Steven J. Carter as Ray is in danger of being typecast as the crazy guy, he propels his mercurial character through all his apparent changes.

Director Hewston efficiently navigates the characters across Liz Uhazy's comfortably detailed set -- no small feat in a first act with almost no action. With some eloquence and laughs, this first act tosses numerous balls in the air. Unfortunately, too many dropped out of sight in the second act. Perhaps other audience members caught them, but I didn't. Plot and character points vanished or failed to pay off. Not much that did happen in the second act worked for me either -- not the halfhearted gunplay, not the script's clunky misdirection and awkward ambiguity of the final scenes.

Probably there are themes to ponder, concerning coincidence and conspiracy, or the price of public and private secrets. Perhaps it is a droll point that the play dramatically depends on coincidences while casting a skeptical eye on them. Maybe the characters are more archetypes than stereotypes. But this much-praised play did not work for me either in basic dramatic terms (finish what you start), or in respecting the expectations of the genre (details matter). There seemed so many gaps and flaws that the ending -- which some may find provocative -- just left me feeling cheated.

Whether or not you'd agree, the acting and stagecraft is enjoyable. Yankee Tavern continues at Redwood Curtain on weekends through Oct. 1.

On Friday and Saturday (Sept. 16 and 17), the award-winning physical comedy troupe from San Francisco called Pi presents its clown show, Slices for All, at the Arcata Playhouse. On Saturday, Jeff DeMark performs a "loose work-in-progress" called That Train Has Sailed, with a cadre of local musicians at Redwood Yogurt in Arcata. Check this week's calendar for details.