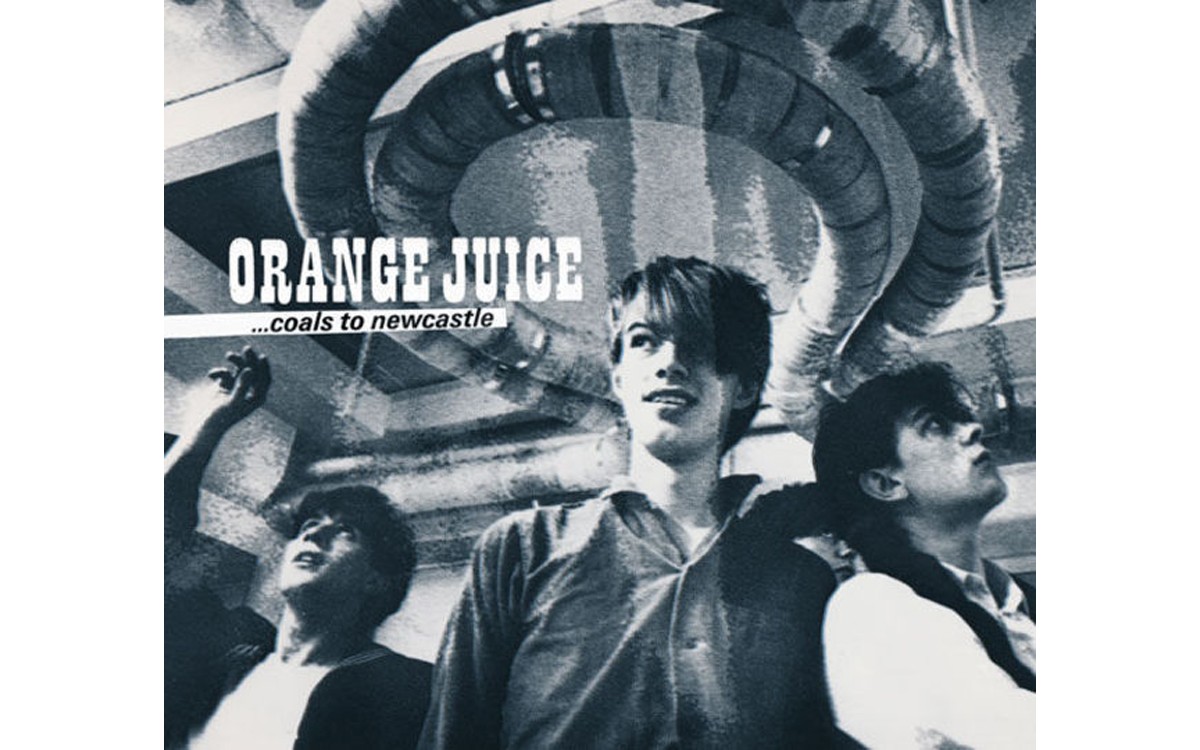 The Scottish band Orange Juice was a quartet of young overachievers. Led by quick-witted vocalist, guitarist and songwriter Edwyn Collins, the Glasgow-based band joined a fledging indie label, Postcard Records, under the helm of equally young pop music enthusiast Alan Horne. When it formed in 1979, Orange Juice also featured drummer Steven Daly, bassist David McClymont and guitarist James Kirk. The band often fell short of its intentions, but still creating a unique brand of quirky pop as documented on the excellent 2007 collection of singles, Glasgow School. It shows its enthusiastic, unashamed and eccentric borrowings from diverse genres ranging from Velvet Underground to ’60s soul, all combined into a pop form that encapsulated the idea of overreaching.

The newly released six-CD box set, Coals to Newcastle, is a comprehensive chronicle of Orange Juices' career including three full-length albums, the Texas Fever EP and a collection of BBC performances (two John Peel sessions among them), plus the Glasgow School singles and an assortment of flexi-discs, 12" versions and other rarities. It's a tribute to a pivotal band that once led the way for a Scottish pop wave that included Postcard mates Joseph K and Aztec Camera, as well as The Vaselines, Belle & Sebastian and Camera Obscura. The box set also documents how a talented band, with a few misguided ambitions and commercial pressures, can effectively disintegrate in five short years.

Frontman Collins, whose vocal style was an odd mixture of the deadpan delivery of Lou Reed, the innocent whine of Jonathan Richman and blue-eyed soul of David Bowie, had an unshaken determination to strive for a more commercially viable sound. Intentional or not, more than any other influence Collins shadowed David Byrne and Talking Heads. The offbeat vocal delivery, the choppy riffs, the Al Green covers (Talking Heads' "Take Me to the River"/Orange Juice's "L.O.V.E."), the integration of African, funk and dance rhythms through a pop filter were all elements of the young Scottish songwriter's aim.

By the time of Orange Juice's second studio album Rip It Up, Collins had replaced Daly and Kirk with Joseph K's guitarist, Malcom Ross, and drummer Zeke Manyika, changing the chemistry drastically. Aside from the title track and the single "Lean Period," the record largely flops.

By the band's final release in 1984, The Orange Juice, only Collins and Manyika remained. Yet despite some failings, numerous gems are scattered throughout Coals to Newcastle, displaying Collins' ability at writing scintillating and engaging pop. The BBC sessions disc wonderfully documents the various OJ lineups performing in stripped down fashion and exposing the raw brilliance of the songs.

Coals to Newcastle is a superbly packaged collection, including a DVD of videos and British TV appearances, showing us an eccentric pop band that stubbornly flew toward the sun, often falling from the skies beautifully.