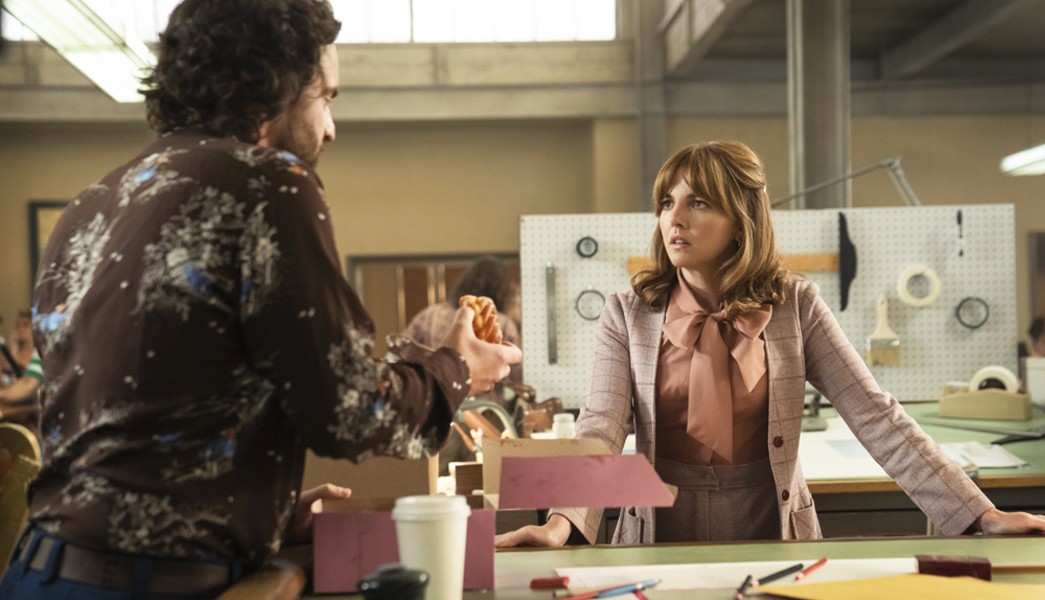 WHITE HOT: THE RISE & FALL OF ABERCROMBIE & FITCH. Why is White Hot: The Rise & Fall of Abercrombie & Fitch on Netflix a poignant documentary? Was it supposed to be a piece of expository journalism explaining the nature of the brand? I was waiting for a surprise, a twist, a revelation but the only blatant one was that some people didn't realize this brand built on exclusion and racism is, in fact, exclusionary and racist. Maybe the wash-board-abbed, "all-American" college boys engaged in homoerotic poses in black and white billboards outside shrouded stores oozing pheromone-laced cologne and throbbing music hypnotized people into seeing a POC where there was none. Or maybe they didn't care. Perhaps the movie was supposed to be investigative journalism diving into how society is blinded by fads whose coolness is in not caring about inclusion. Perhaps it is a meant to make us to think more deeply about what we consume and how we consume it, and demand more. Maybe after this documentary, we will look at Tesla, Apple and Humboldt theater and begin to see the lack of representation as affecting the quality of the product being fed to us so we can reconsider what we support. Alas, this documentary doesn't come close to inspiring those questions.

What it does do is show how far we have come as a society in recognizing passive racism. "Jokes" like the "Juan too Many" shirts with sombrero clad drunkards and "Two Wongs make a right" shirts with equally offensive buck toothed "Asians" that look more like Jerry Lewis, once proudly sold by A&F are no longer accepted in retail society. (Unless they're in support of certain sports franchises, that is.) It also highlights a precedent set by the U.S. Supreme Court case Equal Employment Opportunity Commission v. Abercrombie & Fitch Stores, which paved the way for states to create labor and employment laws protecting historically oppressed people. In this case, the court sided with Samantha Elauf, who was refused a job because of the head scarf she wears for religious reasons. This segment produced my favorite line of the movie: "You know you've crossed the line when Supreme Court Justice Antonin Scalia thinks you've crossed the line of employment discrimination."

If you didn't know that Abercrombie & Fitch was created to exclude anyone outside specific white collegiate aesthetic, I encourage you to watch this movie and marvel at how ideas like wanting to depict the "all-American" look can be used to justify blatant racism when it is juxtaposed with rules that discourage POC or non-white cultural imagery. Interestingly, it also highlights how male beauty and fashion can be conflated with toxic gay culture. On the other hand, if you already knew, this documentary should come with a trigger warning for the emotional distress you may experience reliving the '90s and wondering why in 2022 much of the same lack of representation persists. TV14. 88M. NETFLIX.

MINX. When trying to cleanse the palate of serious documentaries, I suggest turning to penises, especially since full-frontal shots of male actors seem all the rage in TV and movies. It's about time. The new HBO series Minx, set in the 1970s, certainly doesn't spare the phallus. It's up close and personal, from the first episode to the last. Overtly, unabashedly and with purpose. In order to tell this story of the first erotic magazine for women and its feminist writer/co-creator Joyce (Ophelia Lovibond), the show couldn't just allude to the penis, it has to almost make a character of it — partly to disempower them and disarm the viewer to pay more attention to the actual storytelling. But it also makes a point of gratuitous reverse objectification — one of the prevailing themes of the series. Joyce struggles to build a platform of erotism and male porn to create her feminist social commentary without embodying the oppressive nature of cat calling construction workers. Once the camera looks up from crotch-level, however, the heart of the story is woman's endurance though toxic masculinity and patriarchal capitalism. Navigating the mob, the media and over/undersexed characters, the dry absurdist comedy turns this series into a loveable and bingeable story.

Lovibond plays Joyce's idealism and arrogance perfectly, drawing us in to laugh at her unrealistic dreams while rooting for her to succeed in them. She also gives her a needed innocence when she navigates the business world, making decisions she knows could be mistakes but allowing herself the freedom (indulgence?) to step outside the rigidity she usually maintains. Paired with Jake Johnson as Doug, the financer of Minx and mastermind of the business, she's balanced by his straightforward and impulsive approach. Rounding off the cast with a diverse group of talented actors playing Zany Characters are Upright Citizens Brigade alum Lennon Parham, the commanding Idara Victor and Oscar Montoya, who brings joyful laughter every time the camera pans to him. Well, and the aforementioned multitude of dicks. Writer and creator Ellen Rapoport (whose previous work includes Clifford the Big Red Dog) brings to life a story easily enjoyed as purely indulgent entertainment or deep, nuanced and poignant lessons foreshadowing contemporary society. You'll laugh either way. HBO MAX.

EVERYTHING EVERYWHERE ALL AT ONCE. Reality unravels and multiverse Michelle Yeoh comes to the rescue. With Ke Huy Quan, Jamie Lee Curtis and the legendary James Hong. R. 146M. MILL CREEK, MINOR.

FANTASTIC BEASTS: THE SECRETS OF DUMBLEDORE. Hey, it can't be worse than her Tweets. PG13. 143M. BROADWAY.

THE LOST CITY. Sandra Bullock and Channing Tatum star as a romance novelist and her cover model thrown into a jungle adventure. With Daniel Radcliffe. PG13. 112M. BROADWAY.

MEMORY. Liam Neeson stars as an assassin hunted by his employers and struggling with memory loss in a remake of a Belgian thriller. With Guy Pearce and Monica Bellucci. R. 114M. BROADWAY, FORTUNA, MILL CREEK.