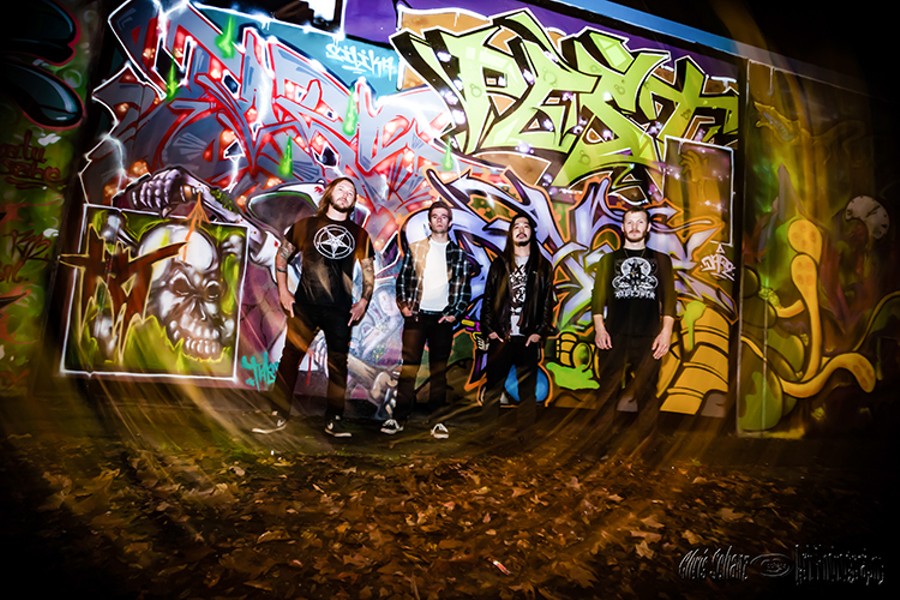 It's cold and wet. I know I mentioned the weather in my last column but that was mostly an attempt to inure myself against the inevitable. It didn't really work and now the weather is tormenting us like a crazy lover with days of sun and freezing rain with no obvious pattern behind it all and I find myself hiding from it often and going, like Leonard Cohen's Suzanne, half crazy.

However, music is the ultimate comfort food and this week has just about everything: meaty slabs of heavy metal, folky bluegrass salads with country pecan bits. Tasty West African bites and hearty Northeastern Canadian fare. And, oh I dunno, noise rock soylent shakes? Whatever, I'm clearly phoning this in because my mind is on a callback countdown to that gluttonous holiday running up at us wildly like a freshly beheaded turkey. Have a beautiful week, do good things, prosper. But most of all, enjoy live music with friends and (hopefully mostly sane) lovers. Mwah.

The Arcata Playhouse has the Fula Brothers tonight at 7:30 p.m.

($25, $20 advance). Fronted by Malian hunter's harp player Mamadou Sidibe, this trio plays danceable tunes on acoustic instruments with a sensibility that spans the old and the new worlds of West African music. Sarah Nutting and Kariska Longaker make up the opening duo MaMuse, and they use the upright bass, mandolins, flutes, guitars and ukes to weave folky hobo-esque ragas and travelling tunes.

It's Arts! Arcata tonight and, depending on the rain, the plaza and surrounding environs will likely be packed with wine-sipping locals and a plethora of musicians, some sanctioned by local shops, some just ad hoc street howlers. I don't need to tell you that the choices will be many and one good loop around McKinley's mound will show you your options better than I could ever hope to, dear ones. Instead, I am going to recommend two free shows that look like winners if you get tired of the main drag.

The warm wood/old world, cozy little nook that is Café Mokka is the perfect place to hear the trio Mon Petit Chou play the traditional folk tunes of Quebec and Eastern Canada at 8 p.m. (free). If the rain is coming down hard outside, just turn your knuckles to the fire and imagine that (to paraphrase Gordon Lightfoot) "tis the Witch of November come stealin'" up the Saint Lawrence Seaway and to points beyond.

If your tastes tip more toward uplifting Americana tunes, Portland's Scratchdog Stringband brings a much more refined and polished sweet modern folk sound than the band's name would suggest to the Logger Bar at 9 p.m. (free). If the night is cold and wet, five will get you ten that the stove will be roasting inside and, much like the case with the previous show, the lumberjack aesthetics of Blue Lake's best saloon are what makes this the perfect venue for this band.

The Seattle Metal Invasion mini-fest kicks off at The Siren's Song at 6 p.m. and $10 gets you five bands from two states away (plus local opener shredders Frequency Shift). What a deal! Witch Ripper is the first in the out of town lineup — a stoner metal band featuring members of Gladiators Eat Fire who, despite the fact that I played with them more than five years ago, I remember very vividly as being truly stellar and solid shit-kickers. The sludge metal chug of Rat King follows and then Rhine brings the prog element to the evening. Ghostblood is pure thrash and the night closes with the blackened death metal stylings of A Flourishing Scourge. If you like metal, you will like this show.

If you like your music lighter on the distortion/compression, The Alibi has an 11 p.m. show just for you. Local psychonauts Opossum Sun Trail (featuring ex-members of White Manna and a Belle of the Levee) sing well-crafted and sunburnt baritone drones about the dark and the light and all the weird in-betweens with a tripped out western landscape feel. Great stuff to close your eyes to and just see, man. The Reverberations from Portland are more hip-shake than head-trip and their callback '60s garage sound is a real treat for any psych-rocker ($5).

The HSU Guitar Ensemble will be plucking and strumming at Fulkerson Hall at 5 p.m. and its repertoire in the past has included challenging pieces by baroque-sters like Vivaldi and modern master Terry Riley ($8, $5 seniors and children, free for students).

Humbrews hosts Fruition at 9 p.m. ($15). This pickin' and strummin' quintet from Portland infuses its songs with country-blues acoustic guitar lines backed by crunchy Kinks-like power chords and soulful three-part harmonies. To my ear, they sound like a modern and more technically adept version of the greatest band Rod Stewart ever fronted, the Faces.

Rude Lion Sound continues its famously fun residency at the Ocean Grove with Dancehall Mondays at 8 p.m. ($5). I have never been to one of these but I am told by everyone who has that they are a blast. I should make it out soon, though, because I have a real soft spot for the Grove with its slanted floors that make one feel prematurely drunk and its friendly local characters. I once helped a woman rescue a handsome young cat from under the porch there and was rewarded with a half hour of pets and purrs (from the cat, you creeps) while my companion called the shelters.

Drink a beer (if you like that sort of thing) and relax at the Redwood Curtain Brewery to the jazz tunes of local piano, bass, guitar and drum quartet The Low Notes at 7 p.m. (free). Drink one for me, too, for alas, I lost the taste for that malted beverage some time ago and now all my old clothes are too loose. I still like jazz, though.

The Old Steeple has a night of classical, folk and string band fusion courtesy of the group HawkTail. This surreally talented instrumental trio hides complex and beautiful arrangements in effortless and near-virtuosic playing with the upright bass, guitar and fiddle. It's about as good as it gets with those instruments. Show's at 7:30 p.m. ($30, $25 advance).

Collin Yeo is a wicked and ugly man whose countenance turns ever more sallow as the days darken toward winter's frozen night. He also likes cats. He lives in Arcata.