STS9, plus a MARZ Project benefit, Izzy Vibes, The ComiX Trip and Rangda 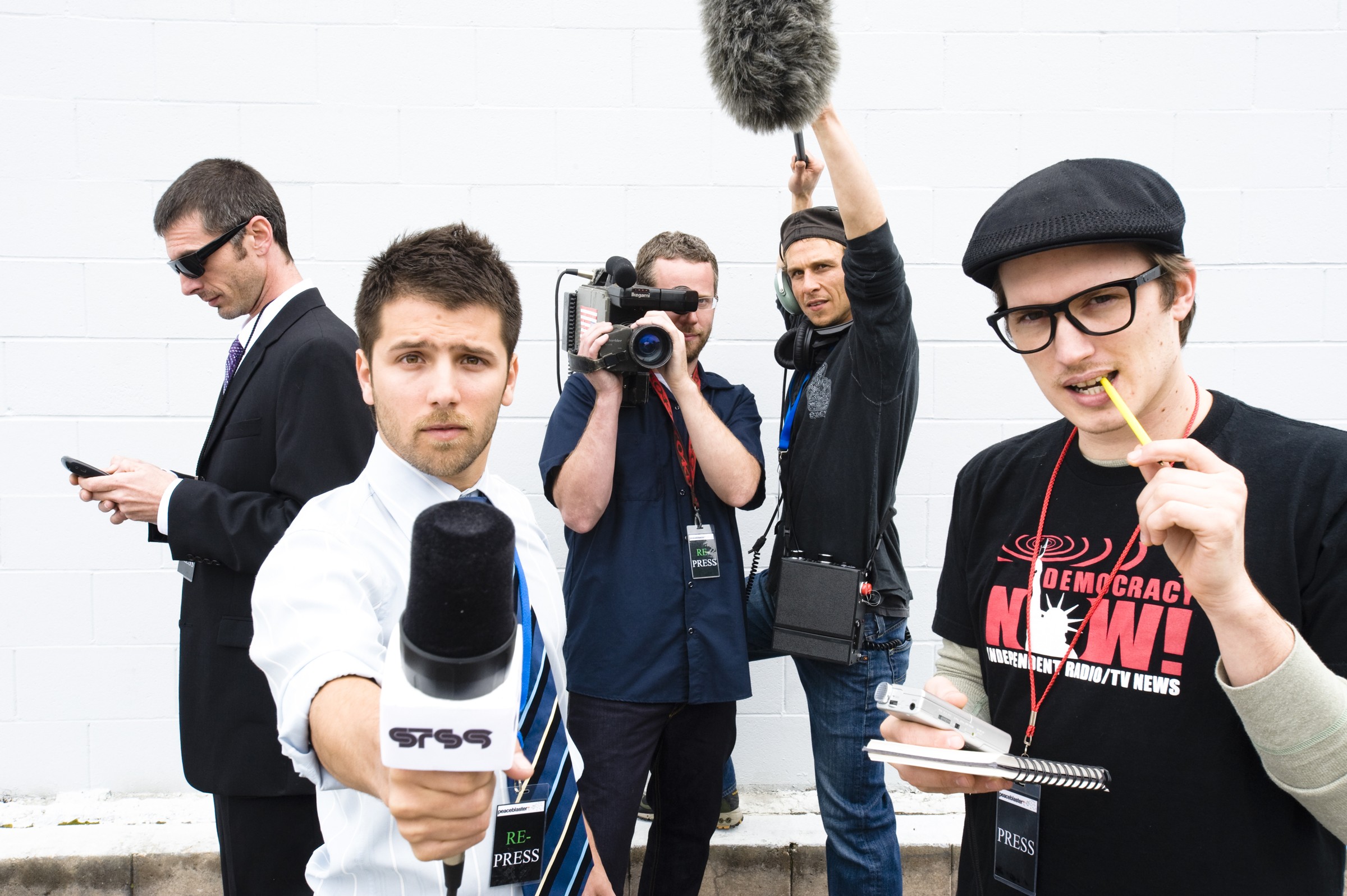 While surfing the Net researching the band Sound Tribe Sector 9, I received the latest Lefsetz Letter, a mass email sent out periodically by ex-lawyer/music industry pundit Bob Lefsetz. "We're in the midst of a creative renaissance," he began. "But it's the majors' worst nightmare, from the networks to the labels to the studios," he suggested, touching on one of his recurring themes. "They used to be in control. They had the money needed for production and had a lock on distribution ... but now those days are through. The means of production are in the hands of the proletariat. And distribution is free." He wasn't talking about STS9, but he could have been.

Since forming in Atlanta in the '90s, the band found success without any help from major labels. In fact the band formed its own digital label/distribution network, 1320 Records, "founded on the homegrown principles of collaboration, cooperation and community," selling and giving away downloads of songs, even whole concerts. The other acts on 1320 constitute an electronica who's who: Bassnectar, Pretty Lights and The Glitch Mob to name a few.

While STS9 calls itself an instrumental "post-rock dance band," spacy electronics are central to its sound, along with collaboration and cooperation via improvisation. Now based in Santa Cruz, STS9's stock in trade has always been live jams infused with electronics, almost always with a guitar and bass in the mix. The band was among those who first bridged the now almost invisible divide between the jamband scene and the EDM rave scene. As a result, the quintet has played major festivals ranging from Bonnaroo and Lollapalooza to Electric Forest and Earthdance. A winter tour brings STS9 to the Eureka Theater Sunday evening with rising bass music producer Russ Liquid opening the show. For those who want to dance into the wee hours, Naïve Melodies plays T-Heads tunes at an official after-party at the Red Fox starting 11-ish.

The Ink People's MARZ Project is another case of collaboration and cooperation with a focus on giving young folks the tools to create music. A showcase/benefit Thursday at the Arcata Playhouse features a set by The L|A Dodger collaborating with her friend DJ OnHell. "I do what I want, mainly hip hop, alternative rap and R&B," says the Dodger, who will also be performing with Body Academics, a "nu gayTM stoner rap" duo with Baglady UK from Creepy Marbles and Jolly Jeff. "We all work together so our sets will fuse," says Dodger. Also on the bill, streetwise Eureka rapper Maniac, DJ White Boy Blues, and Rave-On, Beautiful, who according to Dodger, "does electronic-inspired music, a lot of live looping, hip hop in there too. She has a soft gentle voice." (Disclosure: The L|A Dodger, aka Alana Chenevert, is part of the Journal's art department/production staff. She's also a very cool person.)

Hardworking DJ duo Pressure Anya takes up residency at yet another club with Dirty Thursdays moved to the Palm Lounge at the Eureka Inn starting this Thursday, becoming Ladies Night. "We'll be mixing up beats, ranging from new wave to hip hop," says Anya. Bonus: No cover and half off drinks for ladies. From there P/A takes the dance party to the Red Fox for a Friday "Rump Shaker" with guests King Maxwell and Jaymorg of Soul Night fame. Pressure Anya keeps rolling Saturday, spinning for a '90s Night at the Ritz. (Is there really music from that era that we want to remember?) And finally, on Tuesday, P/A spins worldly beats at Humboldt Brews to open for Delhi 2 Dublin's "Celtic Punjabi electronica" global fusion.

Saturday night at Humboldt Brews, it's another sold out Missing Link Soul Night, this time with a "Sweet 16" theme. No, teens cannot come to the bar -- the title marks 16 months of vinyl partying by Matt 'n' Adam and company.

Up the hill at the Arcata Vet's Hall Saturday night, it's another Humboldt Folklife Barn Dance with the Striped Pig Stringband playing the tunes and Tara Stetz calling squares.

Friends since meeting at a Jamaican polio rehab clinic in the '60s, Cecil "Skelly" Spence and Lascelle "Wiss" Bulgin have been singing sweet harmonies together in Israel Vibration for decades. Thursday Izzy Vibes returns to Humboldt for a show at the Arcata Theatre Lounge with backing by Roots Radics. Nuff said. If you love roots reggae, you'll be there. It's also Upful! Thursday at the Jambalaya with Red Rasta spinning reggae -- stop by after I-Vibes.

I think you have to see The ComiX Trip to understand it. Artist Violet Crabtree uses an overhead projector to tell strange stories with live accompaniment from guitar, musical saw and assorted sound effects. Her show on Friday in the C.C.A.T. building at HSU is a fundraiser to make some sort of movie version of the Trip. Also performing that night: my favorite local country band Gunsafe, Comfort Creature with Phil and Devon from thelittlestillnotbigenough, Dolphin Star Mystery Temple School, whose name says volumes, and Llano Blue, a pirate folk combo from San Francisco. Expect the unexpected.

There's more hip hop down at the Mateel on Saturday featuring Andre Nickatina, formerly known as Dre Dog. The S.F.-based rapper is touring with Oakland's Yukmouth, who also serves as CEO of Smoke-a-Lot Records. Green R Fieldz and Hiway open the show.

Looking for the polar opposite? Play Dead plays grateful music at the Arcata Playhouse Saturday with Mike Emerson coming up to play keys plus some very special guest vocalists.

Coming up on Tuesday at the Eureka Inn, the amazing rockabilly/honky tonk guitarist Deke Dickerson. Deke is a self-described "guitar geek" who likes double-necked guitars and vintage tube amps. (He organizes a Guitar Geek Festival every year in connection with the NAMM conference.) You can see his four-neck 30-string axe at dekedickerson.com along with his awesome collection of bizarre album covers.

Local songwriter/entrepreneur Chris Parreira continues his series of touring songwriter showcases with two shows at the Arcata Playhouse: Sunday it's the Romancing the West Tour with storyteller/troubadour John Craigie with his friend/tourmate John Elliott. Tuesday Austin's fiddling singer/songwriter Carrie Rodriguez returns to the Playhouse with her musical partner Luke Jacobs on her Give Me All You Got tour, promoting a new album full of original songs. Local old time duo Cory Goldman and Colin Vance open the show.

Next Wednesday, Feb. 27, Orgone comes to Humboldt Brews. I caught this band on its first North Coast tour. Imagine The Meters crossed with Fela's band with touches of Funkadelic and old school soul -- horns galore, killer rhythm section. DJ Rickshaw opens this one. Don't even try to stop yourself from dancing.

Slide Shuts Down 96 Near Happy Camp