Columbus of the Pacific 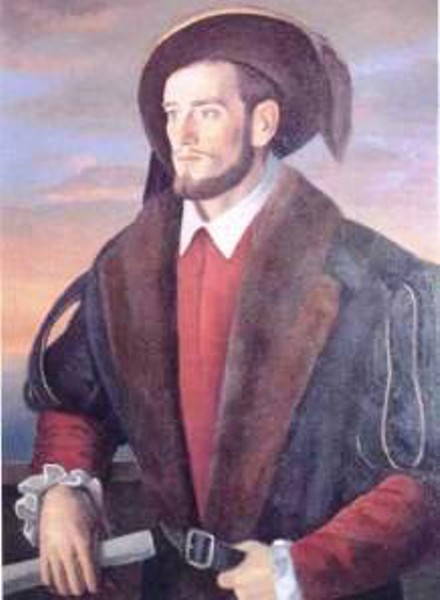 In 1565, 73 years after Columbus navigated across the Atlantic, Friar Andrés de Urdaneta (1498-1568) discovered the vital route from Manila in the "Old World" to Acapulco in the "New World" that would link the Philippines with the Viceroyalty of New Spain (present-day Mexico) for the next 250 years. Turns out, our own Cape Mendocino played a key role.

As a monk in the Order of the Hermits of Saint Augustine, probably the last thing Urdaneta had on his mind in 1564 was a plea from King Philip II of Spain to help lead an expedition across the Pacific. But Urdaneta probably knew more about sailing the world's largest ocean than any other navigator of his time. He'd already had his share of adventures, including circumnavigating the globe, albeit as a prisoner for much of the journey. His was only the second circumnavigation, the first having been made 14 years earlier, in 1822, by the remnants of the Magellan-Elcano expedition. Born in the Basque province of Gipuzkoa, Spain, Urdaneta surely hadn't planned on being away from home for 11 years when he sailed in 1525 with the ill-fated Loaísa expedition (the subject of a future Field Notes). Along with just 24 other survivors out of the original 450, he was captured by the Portuguese in the Spice Islands (now part of Indonesia), and spent several years in captivity before being brought back under guard to Lisbon by the Portuguese Indian Armada. He subsequently escaped, received a cool reception from the King of Spain, decided he'd had enough of Europe, and headed to New Spain for what he probably imagined would be a life of holy contemplation through his twilight years.

The challenge thrown down by the new Spanish King, Philip II, was simple: Find an easterly route across the Pacific for galleons to safely sail from Spain's newly acquired (1565) Philippines colony to Acapulco. Sailing westward across the Pacific was no great problem: Magellan had been blown by westerly trade winds across the Pacific in 1521. The eastward voyage proved trickier. Several Spanish navigators had already failed to find suitable winds before Urdaneta established the "Volta do Mar" Manila-Acapulco route in 1565.

Urdaneta guessed correctly that, by sailing sufficiently far north, he would leave the trade winds and enter the zone of the westerlies. He set sail from present-day Cebu Island on June 1, 1565, sailing north to beyond 35 degrees latitude, where he found the westerly "north Pacific drift" winds he was looking for. He reached Acapulco 130 days and 12,000 miles later after a difficult voyage in which 14 crew died, mainly from scurvy -- what we now know to be a deficiency of ascorbic acid, vitamin C. Arriving at Acapulco, only Urdaneta and one other seaman had strength enough to drop anchor, but it was enough to ensure "Urdaneta's route" could be used by future generations of galleons between the Old and New Worlds.

Next week we'll look at Urdaneta's legacy -- including the "lost treasure of King Peak" legend.

Barry Evans' (barryevans9@yahoo.com) interest in Urdaneta was piqued on a recent visit to the museum in Acapulco's old Spanish fort.