Coming Back and Slipping Away 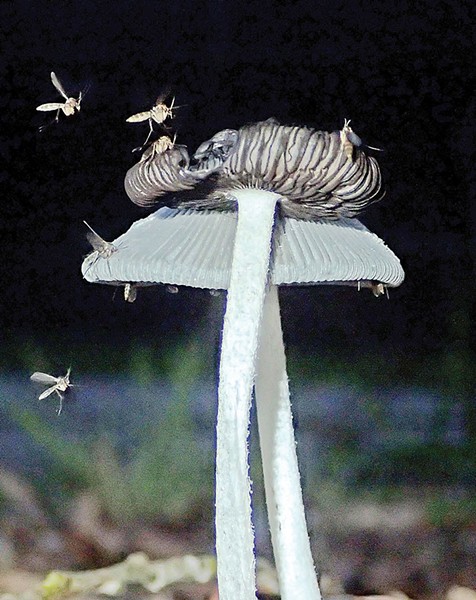 Anthony Westkamper Sorry, mycologists. The fungus gnats are among us. 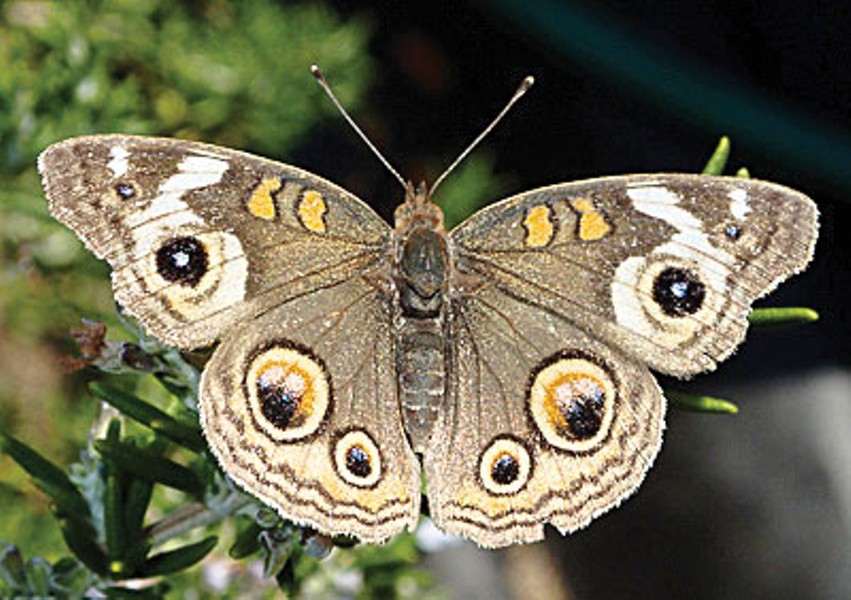 Look What the Rains Brought

As the seasons change, the macro invertebrate fauna (aka bugs) change. It's November, and it finally rained at my house. At night I'm seeing my long awaited friends, the glow worms. Rapacious slug hunters, these little firefly relatives are usually found on the ground among conifer needle litter when it's soupy, wet and dark. Looking like tiny chartreuse LEDs, most that I saw a few nights ago were especially tiny, just over 1/4 inch long, and as big around as pencil lead, indicating they may be newly hatched from eggs that sat dormant in burrows over the long dry summer, awaiting the wet conditions that make for good hunting.

The camel crickets are out and about now as well. For the most part they are innocuous little creatures up to 3/4 inch long. Preferring damp conditions, they can be found in basements, sheds and unheated garages. I understand that in large numbers they can become pests, eating many organic items including natural fiber cloth, fruits and vegetables.

A distant relative out now too is the ponderous Jerusalem cricket, commonly known as a potato bug. These guys can get pretty big and are a bit intimidating. They are native only to the western United States. They have nothing to do with the city of Jerusalem; it's suspected a Native American name for them sounded like that to missionaries. Their high domed head isn't filled with brains, but muscles to operate a set of bolt cutter like mandibles. If one were to bite you, I would not be surprised if it drew blood. In my experience they are more likely to kick at you with their large, spiky hind legs. However, when you disturb them they usually pull in their legs and play possum.

Finally, the change to damp ground brought mushrooms and, along with them, the critters that live off of them, including fungus gnats. The bane of mushroom hunters, their maggots can infest edible as well as toxic species. The presence of the little "worms" is not a good indicator of edibility for us humans.

The order of butterflies and moths, Lepidoptera, gets its name from Greek words meaning "scale wings." Like a mosaic, those scales make up each species' distinctive markings. Listed in the literature are ways those minute scales contribute to the animal's well being. As a layer of insulation, they help with thermo-regulation. They distribute pheromones known to be important for boys looking for girls, and I suspect one other thing.

Anyone who has handled a butterfly or moth has probably found those scales come off easily. I have ruined more than one good specimen by merely touching them with a slightly sweaty finger.

In a life perpetually at risk from spiders' snares, those loosely held scales might act as flour on the baker's hands when kneading bread, or talc on a pool cue. The particles adhere to the spider's silk, but they pull off easily, allowing the animal to slip away. I have seen moths, attracted to a light, flutter repeatedly through a spider web while other insects were captured. That is not to say it makes them completely immune to the web's adhesive, but I suspect it does reduce the danger, significantly increasing their chances, which is often enough. Survival of a species is, after all, a matter of odds.