Coming of Age at the End of History 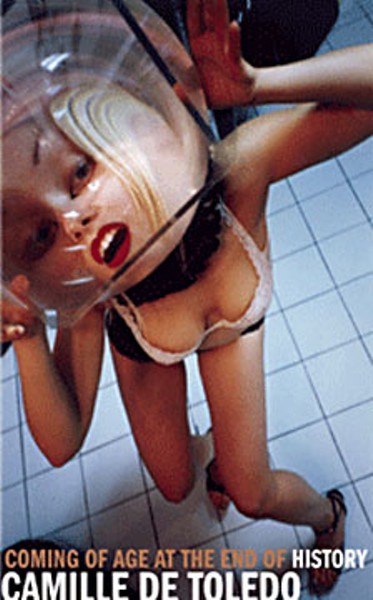 Coming of Age at the End of History

At this point in history, it would be cliché to state that every generation has its calling. However, as Camille de Toledo would tell it, that is exactly the calling of his own. In his book, Coming of Age at the End of History, he describes this generation as those having grown up between the collapse of the Berlin Wall on Nov. 9, 1989, and the fall of the WTC towers on “nine-eleven,” Sept. 11, 2001.

Born in 1976, Toledo tacitly defines this group of people as those born between 1975 and 1995, the generation after the Xers. The title also alludes to Francis Fukuyama's influential essay “The End of History?” written in 1989, which effectively trumpeted the symbolic close of the Cold War while prophesying industrial capitalism or “liberal democracy” as the “final form of human government.”

Against that view Toledo launches his autobiographical account of working toward a legitimate platform with which to fruitfully criticize Fukuyama’s status quo. The book is essentially three separate thematic essays, each comprised of smaller sections that work around a central argument. Although the structure invites close reading by combining vivid elements of memoir, cultural criticism and political theory, there are initial claims that are inconsistent with his subsequent argument.

Toledo’s ideal audience, “children of the double collapse,” are given a definite direction in which to exert their energies of dissenting thought. To do this he realizes that he’s committed himself to laying out an intellectual genealogy of protest theory, from one end of the 20th century to the other. He neatly contextualizes modernism and postmodernism as efforts to criticize the growing capitulation to Industrial Capitalism.

Crucial popular misreading of thinkers like Guy Debord and Gilles Deleuze, Toledo argues, are succinctly exemplified with references to contemporaneous pop culture (Jean-Luc Godard, Kurt Cobain, etc.) to breach the hermetic borders that contain such typically academic subjects. He places their work in relation to the historical shifts in technology and power that have been influentially scrutinized by such figures as Naomi Klein and Thomas Frank.

Yet, given how thoroughly Toledo covers his dialectical tracks, it’s surprising that so much name-dropping doesn’t eventually get tedious. This angst is evaded by his widely dispersed tastes, which sample equally from popular and avant-garde literature, film, music and art during the latter decades of the 20th century.

Ultimately Toledo articulates a “lucid romanticism” in answer to the tired feeling that it’s all been done. He illustrates to the reader that this view itself is cliché, and not invulnerable from its own dictum. Yet more than a method of action, Toledo exemplifies the path of his narrative by daring, despite all, to believe in something better.