The Nerd Operas of Funny Pages and Mad God 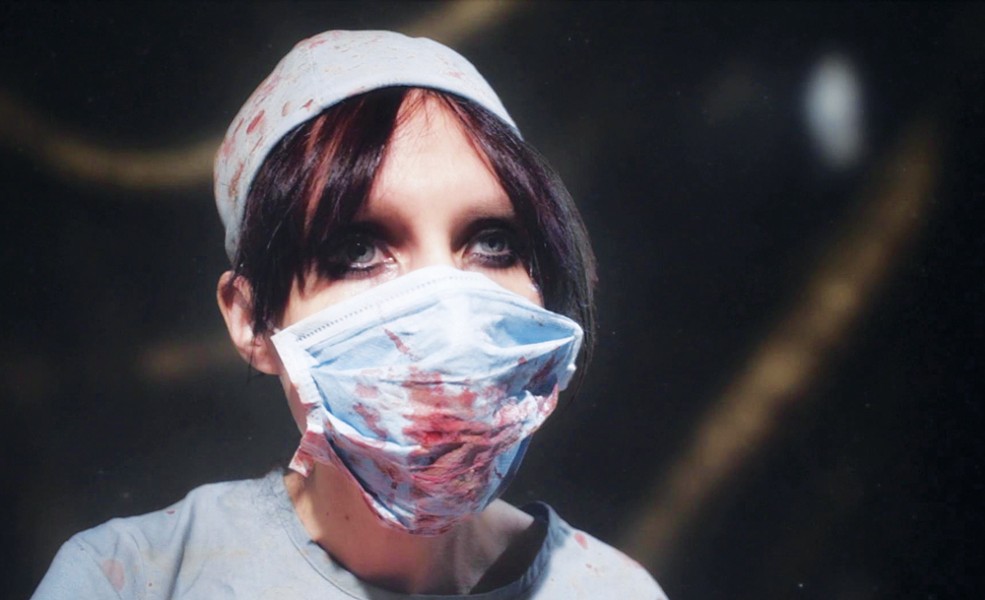 Mad God Are you sure you want me to take the mask off?

FUNNY PAGES. While I maintain that I am not a true nerd, mostly for lack of commitment, I may well be, as intoned by my wife and now oft-repeated by dear friend and colleague Grant Scott-Goforth, "a bit of a weirdo." I am not, nor have I ever been, a true fan/student of comics or animation, but they fascinate me, as do the many subcultures of their fandom. Some of the curiosity is morbid, leading to questions of appropriation, mono-culture and the subsuming and commodification of outsider art into riskless mass media. But the grittier aspects, the discomfiting, sweaty-close darkness suggested by comic books and fringe animation, remain almost endlessly compelling.

The fiefdoms of the true faithful are gate-kept by self-educated arbiters of taste whose otherness has become both their armor and their bona fides: the old school ivory tower of anti-academic nerd academia. Communities of inclusion for the traditionally excluded, these pockets of culture create their own orbits, often to the point of impenetrability.

To a mind made soft by the light and space of the West Coast (read: mine), there's a connection between the self-constructed, boiling-or-freezing atmospheres of such spaces and the brusqueness and casual brutality of the eastern United States, particularly the less glamorous corners of New York and New Jersey.

And so, it would make perfect sense that the Brothers Safdie have broadened their creative influence and efforts as co-producers of a twitchy, fascinating little movie about comic book nerds scrapping it out in the cold, hard Jersey winter.

Funny Pages is the first feature for writer-director Owen Kline, though he acted in Noah Baumbach's The Squid and the Whale (2005) and is the son of American cinematic royalty (Kevin Kline and Phoebe Cates). While the movie has some of the rough edges and hard-to-contain nervous energy of early efforts, it is also remarkably self-assured and intentional.

Robert (Daniel Zolghadri), an undeniably talented teenaged comics artist, is left mentorless by the sudden, terrible, nastily funny death of his teacher Mr. Katano (Stephen Adly Guirgis). His parents (Josh Pais and Maria Dizzia), while financially secure and supportive-in-their-way, love him but fear for his well-being and defensively distrust his ambition. Casting about, Robert sells some of his comic book collection for the down-payment on a deeply questionable living situation in Trenton and trades his labor for an equally shaky Nissan Sentra. Forgoing further education, he divides his time between hours at the comic book shop, a quasi-internship with a public defender and the company of his much-older, emotionally unwell roommates. From within this distinctly regional morass of snowdrifts and abrasive personalities emerges Wallace (Matthew Maher), a volatile former comics color separator being represented by the attorney who has taken Robert under her wing. Defensive but desperate for connection, Wallace awkwardly agrees to look at Robert's work. Robert, in his self-destructive narcissism, decides Christmas Day at his parents' house would be the best venue for this collaboration. The pressure-cooker whistles.

Kline nurtures an aesthetic that, while seemingly of a bygone era, suggests a familiarity and dexterity with cinematic vocabulary that transcends simple throwback. The grain of the film itself here conjures the intensely claustrophobic feel of the rooms in which the story takes place, creating an atmosphere of simultaneous dread and terrible possibility that is very much in keeping with the Safdies' work, but never derivative.

In its deceptive simplicity, Funny Pages builds its own (frequently off-putting) narrative world while also examining the hierarchies of subculture and ambition, rendering the world of outsider art gadflies as art itself. R. 86M. AMAZON PRIME.

MAD GOD. Sometimes one must acknowledge that our intentions can be inchoate or subversive. For example, I didn't exactly intend to make a double-feature of Funny Pages and Phil Tippett's three-plus-decades-in-the-making stop-motion masterpiece Mad God, but that is what happened and it may have damaged my brain.

Tippett's name has appeared prominently in the credits of some of late-period Hollywood's most heralded practical effects extravaganzas. And he self-produced Mad God, a labor of — what exactly? I cannot say but I do not think it's love.

An apocalyptic descent into decrepitude and devastation, it is an undeniable masterpiece of stop-motion, but also a deeply troubling rumination on hatred, violence, birth, death — you know, all of it. Apparently, Tippett worked himself into hospitalization bringing his pustular, many-toothed vision to life. Having watched the movie, I can understand why, both in imagining the work-volume required to create and animate such a thing and in recognizing the sense of hopelessness and inner darkness from which it must have sprung.

Mad God exists as an unlikely living artifact, an atavistic testament both to craft and adherence to one's own vision, however dark, obscure or outré. It is nerd culture enlivened, writ large, dissected under a microscope and reassembled with its vital parts all out of order. I literally just watched it and I don't think I could say what it is actually about, if called upon. Having been called upon, I'm fumbling to even explain that inability. NR. 83M. STREAMING.

BEAST. Idris Elba stars as a widower who takes his kids on a family trip to the Savanna, where they meet a very agro lion. R. 93M. FORTUNA.

EVERYTHING EVERYWHERE ALL AT ONCE. Michelle Yeoh blows minds in the multiverse in a moving kung fu/sci-fi with Ke Huy Quan and Jamie Lee Curtis. R. 150M. MINOR.

HONK FOR JESUS. SAVE YOUR SOUL. Regina Hall and Sterling K. Brown in a megachurch comedy. R. 102M. BROADWAY, MINOR.

THE INVITATION. A young woman (Nathalie Emmanuel) visits the estate of newly connected relatives only to discover they're a bunch of bloodsuckers. PG13. 104M. MILL CREEK.

SPIDER-MAN: NO WAY HOME (THE MORE FUN STUFF VERSION). Like the Snyder Cut but without the heartbreak. PG13. BROADWAY, FORTUNA, MILL CREEK.

THREE THOUSAND YEARS OF LONGING. Despite Idris Elba and a djinn and Tilda Swinton springing him from the bottle, there's not enough story for the running time. R. 108M. BROADWAY, MILL CREEK.