The Easy Does It™ Rose. Photo Courtesy of All-American Rose Selections. 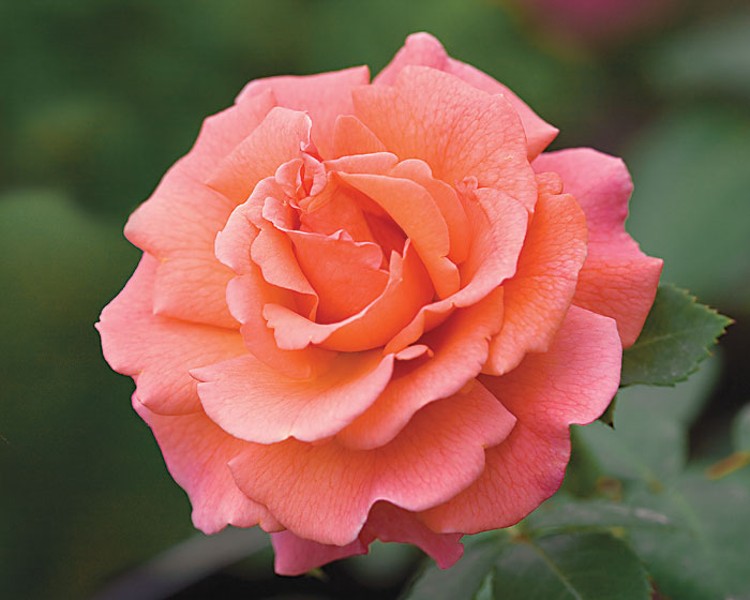 The Easy Does It™ Rose. Photo Courtesy of All-American Rose Selections.

I get a lot of marketing materials sent to me by the horticultural industry. In addition to the usual tools and sprays and gadgets, there's usually some hot new plant that they want to get garden writers excited about. It's always pitched as the biggest, brightest, bushiest thing to ever hit the market. It's disease-free, it loves all climates equally, it blooms year-round and it's impossible to kill. Although they don't come right out and say that the plants are made of plastic, that's always my suspicion.

And I am a very suspicious plant buyer. I don't want a shiny new plant developed by some big corporation. I like old plants, the same way I like old houses and old books and old music. Even though a lot of the plants in my garden have probably been tinkered with by a breeder at some point, I prefer to ignore that part of their history and pretend that they have just always been around. (And of course, the Californian natives I grow have always been around -- although even some natives go through a gentle selection process as growers select seedlings that seem like they will do best in a garden setting.)

I am especially suspicious of new roses. Now, I'm not much of a rose gardener, but there were a few hybrid teas in the garden when I moved in, and over the years Cindy Graebner at Fickle Hill has managed to talk me into a few more. If I'm going to grow a rose, I really don't want a new one. I want an old, difficult rose. A rose with a complicated history that makes mysterious and incomprehensible demands upon me. A rose that always lets me know that I'm not worthy of it. A rose that reminds me who's boss.

But then last year I was down in Pasadena and there were all these beautiful little shrub roses growing in the median strips. Roses grow like weeds in Pasadena, but these were especially good-looking, even by Pasadena standards. And if they were growing on a median strip, they had to be pretty self-sufficient. I happened to be hanging out with a rose expert, and when I mentioned them to her she just waved her hand and said, "Oh, yeah, the 'Knock Outs.' They're everywhere."

The 'Knock Out' rose was one of those splashy new plant introductions that I completely ignored a few years ago. It was advertised as a highly disease-and-drought-resistant shrub rose that bloomed all season and needed almost no maintenance. It was described as "self-cleaning," which means that the rose hips fall off all by themselves after the flower fades, so that it will continue blooming even if you don't deadhead it. The original was reddish-pink; there are now other pink and yellow varieties on the market.

So I left Pasadena thinking, "Huh. Maybe those plant breeders actually know what they're doing." It just so happened that about a month later, I was in Minnesota and I met a plant breeder at the University of Minnesota who knew quite a bit about 'Knock Out' roses. He told me that he considers that rose to be a minor miracle of plant breeding -- a real workhorse that can tolerate the cold winters of Wisconsin where it was bred as well as the warmth of Pasadena. The fact that it requires so little water and no chemicals of any kind should make it a favorite among organic gardeners, he told me. He couldn't understand why any gardener wouldn't want to grow a few of them.

I didn't want to tell him that organic gardeners are too anti-establishment to want a plant with a brand name, a logo and a freakish immunity to disease, drought, and other vagaries of life in the outdoors. But I left feeling a little sheepish about my anti-corporate-plant attitude. Rose breeding has been going on for centuries. The newest generation of breeders actually listened to gardeners who said that they didn't want to spray nasty chemicals on their roses, and they went out to their fields and started making crosses until they hit upon the right combination. Who was I to turn my nose up at that?

And then I got the press release about the 2010 All-America Rose Selection, 'Easy Does It.' This is a rose that actually has a fragrance (so I'm told). The double, ruffled petals are a blend of mango, apricot, and peach. It's a rounded, bushy shrub that gets to be about 3 feet tall, promises "excellent" disease resistance and claims to bloom perfectly in every climate. Every climate! How is that possible?

I know, it's a freak of nature, right? But this year, I'm tempted. Just a little. I might sneak down to the garden center and pick me up a couple of those new-fangled, branded, trademarked, corporatized roses and see how they do. I expect to come away from this experience disappointed, dispirited and ashamed of myself for giving in to the promises of a press release. If it turns out otherwise, I'll let you know.