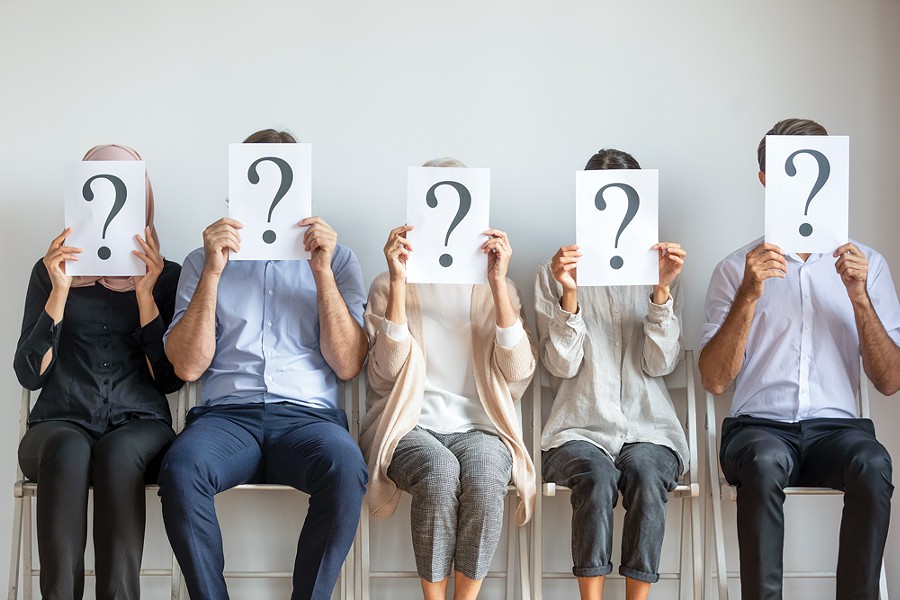 Ten county offices are up for election in what's shaping up to be a dynamic, feisty campaign season leading into the June primary. Seemingly against all odds and norms, the race to lead the county's Auditor-Controller's Office appears likely to garner the most attention (more on that later), but Humboldt County will also see contested races to become its next top cop and prosecutor, only its second contested judicial election in decades, and two supervisorial seats up for grabs. And for the first time in 35 years, Humboldt County's Fourth District supervisor race is without an incumbent.

It's a lot. But before we give a quick primer on the races to watch this year, a bit of housekeeping, as four races will be uncontested.

No one stepped forward to challenge Sheriff William Honsal, who has held the post since being appointed interim sheriff in 2017, and recently appointed county Superintendent of Schools Michael Davies-Hughes is similarly running unopposed. Meanwhile, Howard Lahaie was the only candidate to step forward to become the county's next assessor, with incumbent Mari Wilson having decided not to seek another term, and Amy Christensen is the only candidate on the ballot to succeed Humboldt County Treasurer-Tax Collector John Bartholomew, who also decided not to seek re-election.

The typically sleepy, dry race to become the county's next auditor-controller promises to be anything but this year. The office is responsible for processing and auditing claims for payment from the county, issuing receipts for all payments received by the county, apportioning and distributing county property tax monies to various outside entities and auditing and issuing the county's payroll, all of which has been thrust into sharp focus in recent years as the office has increasingly become a point of controversy.

Incumbent Karen Paz Dominguez has repeatedly and loudly alleged the county's financial safeguards are a mess, leaving plentiful opportunities for fraud. But while she has cast herself as a whistleblower and devoted watchdog of taxpayer funds, Paz Dominguez's tenure has been defined by a growing chorus of discord with her office's inability to meet some of its core functions. School districts and other entities have complained about delayed property tax apportionments and deadlines for the filings of state mandated financial records have been missed, putting state and federal funding streams at risk. While Paz Dominguez has charged that short staffing and other county departments' sloppy financial management and unwillingness to get her needed records are largely to blame, other county department heads have said the problems lie squarely with her office.

Challenging Paz Dominguez for the county's top accounting job is Cheryl Dillingham, who spent 30 years in county government, including a decade in the auditor-controller's office, serving as assistant auditor-controller for two years, interim auditor-controller for most of a year and interim county administrative officer for several months in 2016. Currently working as Rio Dell's finance director, Dillingham has said she feels uniquely qualified for the position — noting she's done much of the work required without issue — and that she decided to enter the race after becoming increasingly concerned about the state of the office.

A third candidate — Public Health Administrative Analyst Mychal Evenson — filed all the paperwork necessary to qualify for the ballot but announced he was dropping out of the race at the county filing deadline, saying Dillingham is a "more qualified" candidate and throwing his support behind her campaign.

With incumbent Maggie Fleming retiring after two terms as the county's top prosecutor, three candidates have qualified in the race to become Humboldt County's next district attorney.

Assistant District Attorney Stacey Eads has worked as a prosecutor in Humboldt County for more than 20 years, handling everything from misdemeanors and juvenile cases to child abuse, sexual assault and high-profile murders. She's got Fleming's endorsement in the race and Eads has referred to the county's first female district attorney as a mentor.

Deputy Public Defender Adrian Kamada, meanwhile, worked as a deputy district attorney in the office from 2014 through 2019 before leaving for the county's Public Defender's Office. Selected as the Wildlife Prosecutor of the Year by the California Fish and Game Commission in 2017, Kamada was touted for prosecuting poachers and forming the county's environmental crimes task force. Kamada also prosecuted homicides and narcotics cases, and has defended a felony caseload since becoming a deputy public defender in 2020.

Also throwing his hat in the ring is local defense attorney Michael Acosta, a polarizing figure who has shown flashes of brilliance in his 23-year law career, much of it spent in criminal defense. Acosta has twice been deemed ineligible to practice law by the California State Bar and currently faces felony charges of maintaining a drug house and drug possession with the intent to distribute.

With two-term incumbent Kelly Sanders opting not to seek re-election, three hopefuls have entered the fray in a bid to succeed her and oversee both the county Elections Office and Recorder's Office, which is responsible for maintaining vital records — things like birth and death certificates, and marriage licenses — and other legal documents.

Juan Pablo Cervantes, an elections specialist for the county Office of Elections, said he is running because he's "passionate" about transparent and efficient county government. Benjamin Hershberger, meanwhile, has worked for the county for 26 years, the last 16 in the Recorder's Office as its fiscal officer, and indicated he wants to continue the direction set by Sanders. Tiffany Hunt Nielsen, meanwhile, is a senior recordable document examiner at the Recorder's Office, having entered county employment after 17 years at Humboldt Land Title Co.

With incumbent Virginia Bass opting not to seek a fourth term in office after 12 years on the job, the race to represent Humboldt County's Fourth District appears wide open, with three candidates in the race.

Soon to be termed out Eureka City Councilmembers Natalie Arroyo and Kim Bergel are both looking to follow Bass' footsteps in making the leap from city hall to Supervisor's Chambers, while Bass' appointee to the Humboldt County Planning Commission, former Eureka Councilmember Mike Newman, has also entered the fold.

Arroyo, a U.S. Coast Guard Reserve officer and resources manager with Redwood Community Action Agency, has pointed to climate change resilience, economic growth and addressing the county's housing shortage as her focuses. Bergel, an instructional assistant at Eureka City Schools, has said she plans to be a champion for Eureka on the board, while looking to bolster the county's mental health services. Meanwhile, Newman, an insurance agent, has said his campaign will focus on economic development.

Incumbent Supervisor Steve Madrone will look to retain the seat he narrowly won four years ago, unseating incumbent Ryan Sundberg, to represent the county's sprawling Fifth District, which includes much of the county's northern stretches, from McKinleyville to Willow Creek.

A natural resource specialist by trade, with a degree in watershed management, Madrone is touting his work to increase public safety funding and services and pledging to focus on creating more affordable housing and bringing the county budget into balance if elected to a second term. Challenger Larry Doss, a former Humboldt Bay Harbor, Recreation and Conservation District commissioner and real estate agent, has qualified for the race after moving from Eureka to Orick. Doss says his campaign will focus on public safety, wildfires, road conditions and "shelter insecurity."

Four years after Humboldt County's first contested judicial election in 20 years, we have another, with two candidates vying for the seat being vacated by Judge Christopher Wilson's retirement.

On one side, we have Deputy District Attorney Steven Steward, who's worked as a prosecutor in Humboldt since 2017, handling cases from environmental crime and embezzlement to murder and "public corruption." If elected, Steward has pledged to "uphold the rights of all people," "ensure fairness and impartiality," and "serve with integrity." On the other side, we have Deputy Public Defender Ben McLaughlin, who has split his 17-year career between prosecution and criminal defense, which he says has taught him the nuance involved in finding a just outcome for every case. If elected, he pledges to make "accountability, through fair and equal application of the law," the ultimate goal in his courtroom.